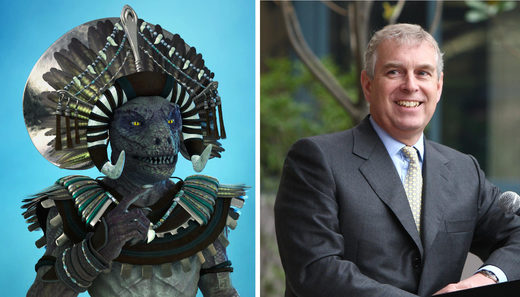 Inter-dimensional shape-shifting reptilian overlords the Anunnaki have announced they will not renew their sponsorship of the Duke of York.

The controversy over the prince’s ties to the convicted sex offender Jeffery Epstein is understood to have been a key reason behind the reptilian’s decision.

Despite his enduring friendship with Epstein, the Queen’s third child completely exonerated himself of all accusations of wrongdoing during an interview with Emily Maitlis, broadcast by the BBC on Saturday.

Zelos, the earthly spokes-lizard for the Anunnaki, told The Post Truth Post that the prince’s behaviour “did not align with the Babylonian Brotherhood’s core values.

“”A requirement of our sponsorship of the ruling global elite is that its members engage in acts that generate negative energy and human suffering for us to feed on.

“Having conclusively established that his contribution to the sum of all human suffering amounts to nothing more than allegedly failing to tip a waiter at a Pizza Express in Woking, it is with regret that we will no longer be able to sponsor the mammal-form you call Prince Andrew.”

Zelos was keen to reassure the sheeple of Britain that the inactions of the Duke of York were his and his alone, and did not diminish the royal family’s senior position within the ranks of the Red Dresses.