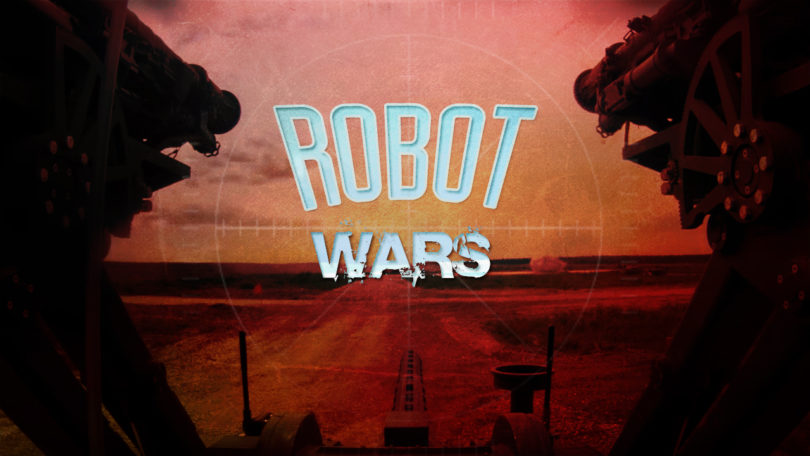 The Russian Armed Forces continue preparations for future conflicts involving large quantities of unmanned aerial and ground vehicles, as well as with other robotized platforms.

On November 10, the Russian Defense Ministry’s Zvezda TV channel revealed the military autonomous robotic complex “Kungas”, which is currently undergoing tests in the 12th Central Research Institute of the Russian Defense Ministry. The institute was created in the early 1950s for testing military equipment resistance to various damaging factors, including those arising from a nuclear explosion. The experimental base allows for the simulation of a super powerful shock wave and strong electromagnetic fields.

The Russian military did not provide extensive details on the project. However, data from open sources and released videos allows us to get a general look at the “Kungas” complex of robots. Included robots are as follows:

According to the report by Zvezda TV, all of these combat robots can be controlled remotely from a single command post. This means that they are controlled by a unified control system within a single intelligent network. In this case, the concept is that any combat robot, or a group of combat robots, can be controlled remotely from a single control center. The composition and number of controlled robots can differ depending on the situation and the task. Experts suggest that robots of the “Kungas” complex have the potential, after further development and improvement, to perform tasks autonomously, without direct control by an operator. In this case, the operator’s main task will be to oversee the autonomous task performance by Kungas robots and intervene in critical situations only.

The Kungas robotic system is a breakthrough development for the Russian Armed Forces. From the data revealed, it becomes clear that a platoon of combat robots has already been created within the Ground Forces. The unit is shaped in a manner which allows it to perform tasks on its own or interactively with other units of the armed forces or form flexible situational groups of different composition with the inclusion of other robotic systems.

Robots of the Kungas system can provide fire, reconnaissance and other types of support to more expensive systems, such as the Uran-9 tracked unmanned combat ground vehicle, which was tested in Syria in 2018 and entered service in January 2019. The Uran-9 is designed to deliver combined combat, reconnaissance and counter-terrorism units with remote reconnaissance and fire support. It weighs 10t and is armed with a 30 mm Shipunov 2A72 automatic cannon, 4 ready-to-launch 9M120-1 Ataka anti-tank guided missiles, 6 ready-to-launch Shmel-M reactive flamethrowers and a 7.62 mm Kalashnikov PKT/PKTM coaxial machine gun. Additionally, it can carry 4 Igla surface-to-air missiles. The combat robot is operated by a single service member and can be remotely controlled up to a maximum distance of 3,000 m. The road speed of the Uran-9 is 35km/h and the cross-country speed is 25km/h. The Uran-9 is equipped with a laser warning and target detection system, as well as identification and tracking equipment. The fitted day and night vision allows for detection of targets at a maximum distance of 6 km during the day and 3 km at night.

Therefore, the Russian military is aiming to gain capabilities allowing it to form offensive or defensive orders consisting of various robotic systems. For example, one can imagine an upcoming tactical unit consisting of several Uran 9 combat robots and various Kungas robots providing them with the needed support. The additional support will be provided by unmanned aerial vehicles and conventional units. The Russian Su-57 fighter jet and the Okhotnik stealth heavy unmanned combat aerial vehicle were developed in a manner to maximize their level of interaction by allowing them to operate as a team in the event of conflict.

It’s expected that the Russian military will continue to improve its robotic systems in this direction in order to increase the level of robotization and decrease the involvement of operators in tactical decision making during performance of tasks. The goal of this effort is to create a flexible and effective mix of robotized and non-robotized platforms -capable of performing various tasks on the battlefield.