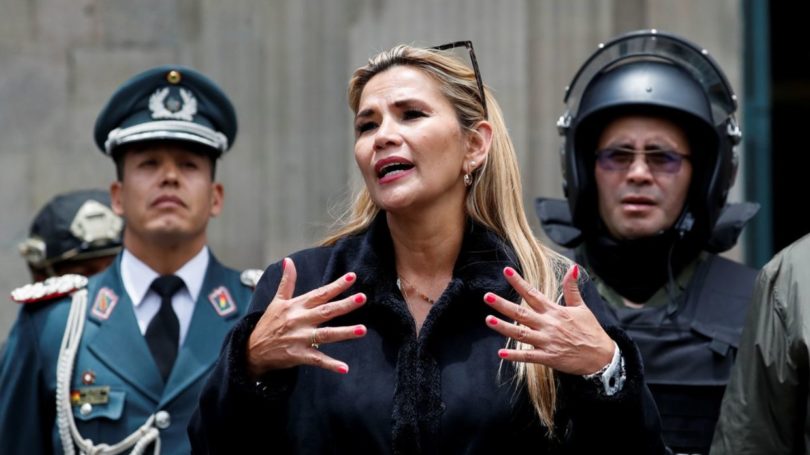 Events leading to Bolivian president Evo Morales leaving office had all the features of a coup d’etat, Russia’s deputy foreign minister has said. But Moscow will be working with interim president Jeanine Anez until the election.

“We view everything that preceded the power shift [in Bolivia] as actions that equal a coup,” Sergey Ryabkov told reporters at the BRICS summit in Brasilia.

The Deputy Foreign Minister reminded that there was no quorum in the Bolivian parliament when Anez was declared interim president.

“But it’s clear that she will be perceived as the leader of Bolivia until the issue of electing a new president is settled,” he said.

Evo Morales, who had been Bolivian president since 2006, announced his resignation on Sunday, after receiving an ultimatum from the country’s military. The leftist leader said he had to make the move in order to pacify the heated protests and protect the country’s indigenous people from persecution. He later found political asylum in Mexico and vowed to keep fighting for his return to office.

A few days later, Senate leader Jeanine Anez declared herself acting president of the country. Her candidacy was backed by the MPs, but the historic session was skipped by Morales’ Movement for Socialism (MAS), which holds the majority in the parliament.