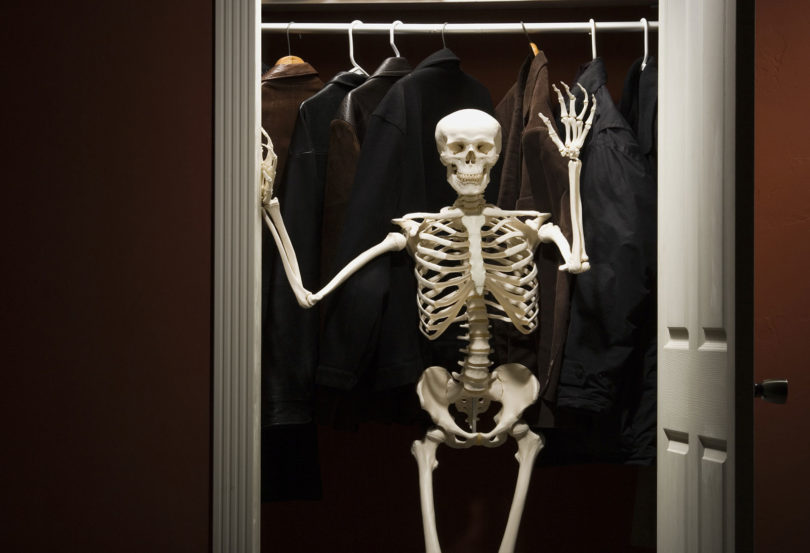 Oh if I only had a shekel for everytime the Fake News dropped the word, “impeachment ™.”TB / ANYT wouldn’t ever have to panhandle for donations again (hint hint).

Sulzberger’s scribblers and the rest of the Piranha Press are trying sooo hard to recreate the “impeachment” ™ magic of 1973-74. Back in those pre-cable, pre-talk radio, pre-Internet dark ages — when the Jewish-owned and CIA-managed Big Five (New York Times, Washington Post, CBS, NBC and ABC) could shape reality and set the agenda unopposed — taking down Richard Nixon was easy.

But Adam Schiff’s (cough cough) current circus down in DC will never yield such a result. In fact, it will backfire on the Demonrats — which is why Trump actually wants to be “impeached ™.” The non-stop mantra of “impeachment “ ™  — “impeachment” ™ — “impeachment” ™ brings to mind Henry Ford’s observation from almost 100 years ago.

Ford: “If after having elected their man or a group, obedience is not rendered to the Jewish control, then you speedily hear of “scandals” and “investigations” and “impeachments,” for the removal of the disobedient official.”

Amazing. After 100 years, nothing has changed except for the fact that the Globalists of today are having a hard time taking down Trump.

Ironically, if anyone is going down, it could turn out to be Schiff himself. The suspected child sex-predator and increasingly desperate-sounding and frightened-looking chairman of the House Intelligence Committee has got to be worried about what just happened to a “good friend” of his. Dr. Bruce Tensel(cough cough), a former chief medical correspondent for NBC, was just arrested for asking a 9-year-old girl to send him “sexually explicit” images ( here). Within hours of his arrest, Internet sleuths were able to confirm that Schiff once described Tensel as a “friend,” and had invited him to his 50th birthday party. He had previously also called upon Tensel to moderate an event promoting ObongoCare in 2009 (here) — again introducing him as a “dear friend.” A pair of old YouTube videos confirming the Schiff-Tensel friendship (and viewed by your trusty reporter here) have already disappeared down the Orwellian memory hole.

Tensel wasn’t the first child-sex-pervert to be linked to impeachment ™ interrogator Schiff. As we reported last month, “Liddle” Adam (as Trump refers to him, for a reason which we’ll get to later) was also a favorite of California sodomite activist and Demonrat donor, Ed Buck — a deranged creep who was busted for drugging, sexing and sometimes killingyoung Black sodomites (here). Schiff accepted donations from Buck and has also been photographed with him in friendly settings. Nice crowd you hang out with there, Shifty Schiff. Of course, association doesn’t establish guilt — but there’s more to tell.

We are convinced that “liddle” Adam — who, for 25 years, was a mentor affiliated with the controversial “Big Brother”(here) — is a pedo-monster. Though we can present no “smoking gun” evidence to support the allegations swirling about him, we do suspect that Trump has the evidence and that this nervous buy-eyed demon knows it. As Q-Anon has posted on many occasions: “Those with the most to lose are the loudest.

“Now, about Trump’s repeated and well publicized use of the term “Liddle” to disparage Schiff in his tweets — there is an organization called “Liddle Kidz Foundation” which has crossed paths with Schiff — both in his own Commiefornia district and in the child-trafficking haven of disaster-torn Haiti. The LKF, in its own words found at its own website, teaches adults how to “touch” and “massage” infants and children for “therapeutic” purposes. We kid you not — here:liddlekidz.com

This past June, the pedo-monster himself tweeted about the “Liddle” cupcakes that his staff had given him for his birthday. Though it was probably meant to poke back at Trump’s use of the term, many a truth is said in jest, especially by nervous liars. There’s no doubt about this one, boys and girls. Trump has got this “liddle” monster in the cross-hairs and is toyingwith him. If and when he finally “pulls the trigger” on the Demonrat Golden Boy behind the “impeachment” ™ circus, it will send shock-waves across America.