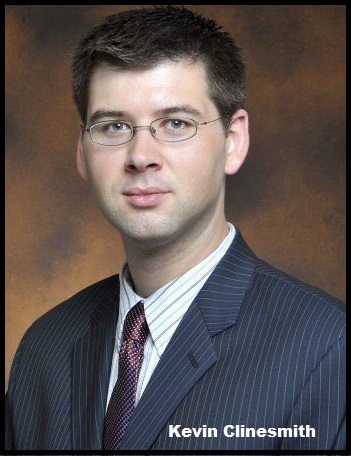 The New York Times is confirming that Kevin Clinesmith is the “low-level lawyer” within the FBI who doctored evidence within the Carter Page FISA application.

As anticipated, the DOJ and FBI ‘small group’ leaks are from their individual review of a heavily compartmented IG report; and now they are being selectively shaped by the favorite ‘small group’ media network: NY Times, Washington Post, CNN, Politico et al.

Remember, each of the principals only was able to see the draft of the IG report specific to their outline therein. All principal reviews were very compartmented. No principal has any idea what the bottom line conclusions are from the totality of the assembled compartments. An example of this is in the very first paragraph.

The New York Times article is purposefully heavy on narrative engineering. However, given how the accountability trends are identified by the specifics of the narrative construction, that’s not a bad thing. As CTH outlined in anticipation of this phase, take the first wave of media justification with a grain-of-salt. There are two clear angles visible in the narrative assembly. First, here is the New York Times:

WASHINGTON — A highly anticipated report by the Justice Department’s inspector general is expected to sharply criticize lower-level F.B.I. officials as well as bureau leaders involved in the early stages of the Trump-Russia investigation, but to absolve the top ranks of abusing their powersout of bias against President Trump, according to people briefed on a draft.

One can read that from the perspective of accountability and become frustrated. However, notice the construction closely: “to absolve the top ranks of abusing their powers out of bias against President Trump”… or put another way, there was an “abuse of power”, but that abuse cannot specifically be attributed to bias against the President. Key point: there was an “abuse of power”, it is in the motive for that abuse where narratives step in.

Secondly on this point… CTH has specifically, intentionally and repeatedly outlined how the “bias” issue was a foregone conclusion ever since the July 2018 IG report of FBI conduct in the Clinton investigation outlined the same position. If the IG report of the DOJ/FBI conduct in the “mid-year-exam” found no overarching political bias; and all of the principals were exactly the same in the 2019 report on the Carter Page surveillance issue; it stands to reason that same lack of bias conclusion would extend.

[…] Investigators for the inspector general, Michael E. Horowitz, uncovered errors and omissions in documents related to the wiretapping of a former Trump campaign adviser, Carter Page — including that a low-level lawyer, Kevin Clinesmith, altered an email that officials used to prepare to seek court approval to renew the wiretap, the people said.

Mr. Horowitz referred his findings about Mr. Clinesmith to prosecutors for a potential criminal charge. Mr. Clinesmith left the Russia investigation in February 2018 after the inspector general identified him as one of a handful of F.B.I. officials who expressed animus toward Mr. Trump in text messages and resigned about two months ago, after the inspector general’s team interviewed him.

(2) Kevin Clinesmith remained in the FBI during the entirety of the Horowitz investigation. He was not released until the investigation was complete and the draft report was submitted. So the FBI knew they had a problem with Clinesmith back in February of 2018 and he was allowed to continue work until September of this year. It would seem obvious he was being monitored.

(3) Clinesmith’s status during the investigation aligns with another Main Justice employee also connected to the FISA process who was similarly in position throughout and also left in September 2019. That would be Tashina Guahar.

[…] More broadly, Mr. Horowitz’s report, to be made public on Dec. 9, portrays the overall effort to seek the wiretap order and its renewals as sloppy and unprofessional, according to the people familiar with it. He will also sharply criticize as careless one of the F.B.I. case agents in New York handling the matter, they said.

[…] In particular, while Mr. Horowitz criticizes F.B.I. leadership for its handling of the highly fraught Russia investigation in some ways, he made no finding of politically biased actions by top officials Mr. Trump has vilified like the former F.B.I. director James B. Comey; Andrew G. McCabe, the former deputy who temporarily ran the bureau after the president fired Mr. Comey in 2017; and Peter Strzok, a former top counterintelligence agent.

Notice the contradiction and the parsing: “in some ways he made no finding of politically biased actions“… Some ways? So there are findings of bias, just not in all ways. Notice how they repeat a needed narrative tone, yet simultaneously contradicting their lead paragraph.

Again, take this stuff with the proverbial grain of salt. This is the “small group” selling their narrative through their media allies. They are trying to make an argument that they are simultaneously undermining. That’s what happens in the narrative engineering process.

This entire NYT article is fraught with the intent to be obtuse.

[…] The early accounts of the report suggest that it is likely to stoke the debate over the investigation without definitively resolving it, by offering both sides different conclusions they can point to as vindication for their rival worldviews.

[…] The Foreign Intelligence Surveillance Court first approved wiretapping Mr. Page, who had close ties to Russia, as a suspected unregistered agent of a foreign power in October 2016, after he had left the campaign.

The Justice Department obtained three renewal orders. The paperwork associated with the renewal applications contained information that should have been left out, and vice versa, the people briefed on the draft report said.

“and vice versa”, meaning there was information that should have been included. Yes, that would be the exculpatory information…. the absence therein speaks to the motive of assembly.

The email Mr. Clinesmith handled was a factor during the wiretap renewal process, according to the people.

Mr. Clinesmith took an email from an official at another federal agency that contained several factual assertions, then added material to the bottom that looked like another assertion from the email’s author, when it was instead his own understanding.

Mr. Clinesmith included this altered email in a package that he compiled for another F.B.I. official to read in preparation for signing an affidavit that would be submitted to the court attesting to the facts and analysis in the wiretap application.

The details of the email are apparently classified and may not be made public even when the report is unveiled.

[…] Additionally, Mr. Clinesmith worked on both the Hillary Clinton email investigation and the Russia investigation. He was among the F.B.I. officials removed by the special counsel, Robert S. Mueller III, after Mr. Horowitz found text messages expressing political animus against Mr. Trump.

Wait, the article just said, including the lead paragraph, Horowitz found no evidence of political bias?

Shortly after Mr. Trump’s election victory, for example, Mr. Clinesmith texted another official that “the crazies won finally,” disparaged Mr. Trump’s health care and immigration agendas, and called Vice President Mike Pence “stupid.” In another text, he wrote, in the context of a question about whether he intended to stay in government, “viva la resistance.”

In a June 2018 report by Mr. Horowitz about that and other politically charged texts, which identified him as “F.B.I. Attorney 2,” Mr. Clinesmith said he was expressing his personal views but did not let them affect his official actions.

The inspector general apparently did not assert in the draft report that any of the problems he found were so material that the court would have rejected the Justice Department’s requests to continue surveilling Mr. Page. But the people familiar with the draft were uncertain about whether Mr. Horowitz said the problems were immaterial, or instead avoided taking a position on that question.

[…] The report is also said to conclude that Joseph Mifsud, a Russia-linked professor who told a Trump campaign official that Russia had damaging information on Mrs. Clinton in the form of hacked Democratic emails — a key fact used to open the investigation — was not an F.B.I. informant. That undercuts an assertion of conservative critics of the inquiry.

No-one in conservative critic circles said Mifsud was an “FBI informant.” The concern is whether he is a CIA, or Western Intelligence, operative…. not FBI.

You can continue reading the NYT article here. The bottom line is there is going to be much more than presented in these weak defenses and media constructs.

Having read the initial round of justifications and defenses, CTH is more optimistic than a week ago on the issue of accountability. It won’t stop at Kevin Clinesmith.