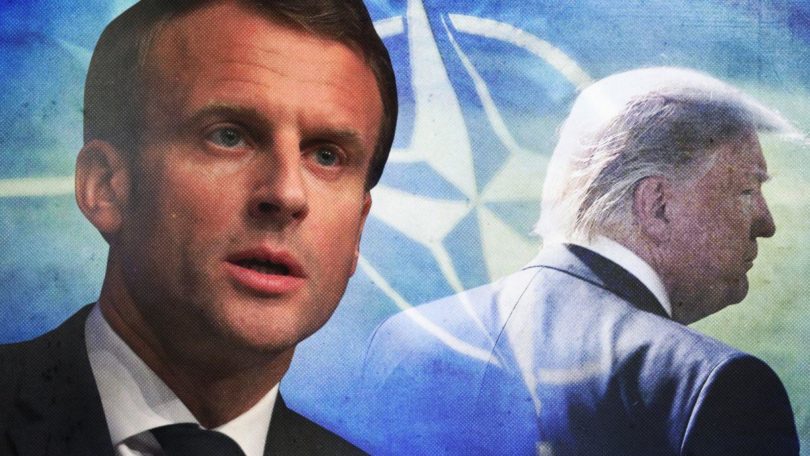 “The French president has found rather drastic words to express his views. This is not how I see the state of cooperation at NATO,” she said alongside NATO Secretary-General Jens Stoltenberg at a press briefing in Berlin.

Macron had told the British weekly magazine, “What we are currently experiencing is the brain death of NATO,”and even questioned the Article Five collective defense guarantee when pressed on the issue: “I don’t know,” he answered.

In her immediate reaction to Macron’s dour assessment, Merkel perhaps was anticipating Kremlin officials grabbing the popcorn to kickback and enjoy the declaration of NATO’s strategic “death”.

In Russia, Macron’s comments were hailed by some as an accurate depiction of NATO’s state.

“Golden words … an exact definition of the current state of NATO,” , wrote.

And Russian presidential spokesman Dmitry Peskov took the opportunity to be a bit gleeful and snarky in telling reporters Friday:

“Whether NATO is alive or dead, and which of this alliance’s body parts are in a coma, are not for us to decide. We are not pathologists.”

“Therefore, we have never been inclined to exaggerate the role of this alliance in ensuring global and European security and stability, because it is an instrument of confrontation, confrontation and even aggression,” Peskov added.

Bill Blain of Shard Capital had some thoughts on the inter-NATO kerfuffle Friday morning:

Even though her Government is teetering on the edge of a coalition meltdown, Angela Merkel has hit back at Emanuele Macron’s recent sideswipes at NATO.

Macron clearly thinks a distracted Germany means Europe is a ripe fruit to be picked as he prepares to assume undisputed leadership. He attacked the lack of support Trump is giving NATO, warning the American’s have “turned their backs on Europe”, and the Treaty Organisation “can only work if the guarantor of lost resort functions as such”. Clearly, M. Macron is setting up France, in the absence of the US and soon the UK, as the new military leader of Europe. It will soon be the only nuclear power in the EU. What Napoleon never achieved, maybe the Force de Frappe can?

This would be the same France that flounced out of its NATO responsibilities in the 1950s and 60s? De Gaulle took umbrage because Les Anglos weren’t giving France an equal place at the top table and were suggesting the rearmament of Germany. In 1966 De Gaulle ordered all non-French NATO troops out – to which the Americans pointedly asked: “Does that include the bodies of American soldiers in French cemeteries?”

France stayed out till 2009. Nobody noticed.

Meanwhile, Russian Foreign Minister Sergey Lavrov also took the opportunity to get sarcastic: “I wouldn’t want to drag myself into a discussion about the medical side of this issue,” he told reporters while attending an arms control event in Moscow on Friday.

He then added: “If Macron had felt that the diagnosis he made [of NATO] was so evident – he had all the right to state it. He knows NATO better than me, since he represents a nation which is a member of the alliance.”

“So, once NATO ‘recovers’, we’ll be right there,” he concluded.