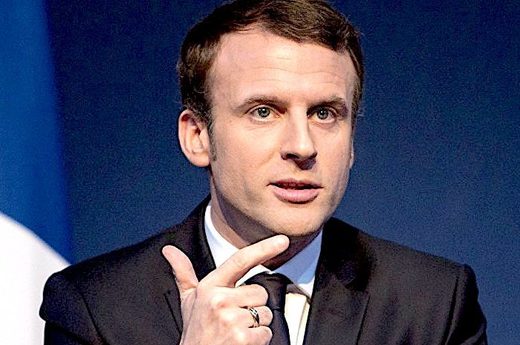 While France does not accept a Russian-proposed moratorium on short- and intermediate-range missiles, it backs building “a new security architecture” together with Moscow, President Emmanuel Macron pledged.

Earlier in the day, the Kremlin spokesman Dmitry Peskov said Macron reached out to President Vladimir Putin, responding to the Russian proposal. “The reply wasn’t detailed, of course. But at least, there is an understanding of [Russia’s] concerns and readiness for dialogue on this matter,” the official said.

In the meantime, the French leader urged NATO to have “robust and clear-headed” talks with Russia.Europe should strive for a new collective security system that would embrace Moscow, he opined. Macron had earlier championed mending the European Union’s ties with Russia, warning against the “strategic error” of isolating the “deeply European” country.

The moratorium in question appeared in a letter the Kremlin sent out to several dozen countries in and outside NATO in September. The message, signed by Putin, said that Moscow will put a halt to the deployment of its own missiles in Europe as long as the US refrains from deploying their projectiles in the continent.

It also called upon NATO’s European members to follow Moscow’s suit – but the alliance didn’t. NATO officials have labeled the initiative “useless,” claiming that Russia has already placed short- or intermediate-range missiles within its territory.

The suggestion for a moratorium came on the heels of the breakdown of the landmark INF Treaty in August. Signed by the US and the USSR back in 1987, the milestone agreement banned entire classes of nuclear and non-nuclear missiles capable of travel between 500 and 5,500km.

Almost 30 years later, the Trump administration withdrew from the pact citing an alleged breach of it by Russia, which the latter denied.

Moscow responded in kind, suspending its obligations under the treaty shortly after the US withdrawal became official. Lamenting the INF demise, Putin warned at the time that it “created fundamental risks for everyone.”

Ditching the treaty may eventually give way to an arms race and world-wide “chaos without any rules, restrictions, and laws,” he warned, saying that Washington had been working on the withdrawal for quite some time.