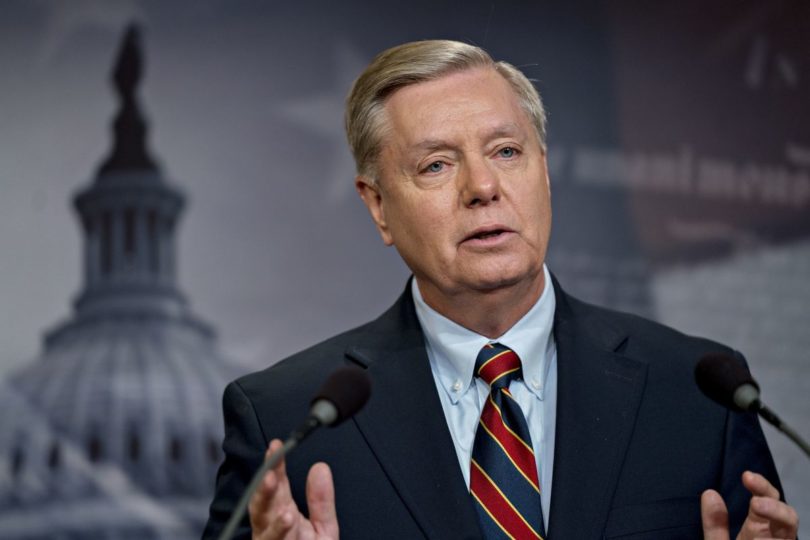 Senator Graham has released the letter to Secretary of State Pompeo shoiwing that he is seeking even more details on what the Democrats continue to call a “debunked conspiracy theory.”

It is my understanding that on February 4, 2016, the Ukrainian Prosecutor General’s office, under the direction of Prosecutor General Viktor Shokin, announced the seizure of property from Ukrainian natural gas company Burisma Holdings’ founder, Mykola Zlochevksy. The seizure occurred pursuant to a raid on Mr. Zlochevsky’s home on February 2, 2016.

It is also my understanding that on February 4, 2016, Hunter Biden began “following” then-Deputy Secretary of State Tony Blinken, a longtime advisor to Vice President Joe Biden, on Twitter, indicating that the two may have initiated conversations regarding Prosecutor General Shokin’s investigation into Burisma. At that time, Hunter Biden was serving as a board member or Burisma.

In addition, according to records obtained by media sources, on February 11, 18, and 19 of 2016, Vice President Biden held a series of phone calls with Ukrainian President Petro Poroshenko regarding previous demands to dismiss Prosecutor General Shokin for alleged corruption. Another phone call between the two took place on March 22, 2016, just seven days before Prosecutor General Shokin was removed from office on March 29, 2016.

To assist in answering questions regarding allegations that Vice President Biden played a role in the termination of Prosecutor General Shokin in an effort to end the investigation of the company employing his son, I request the following:

Thank you for your prompt attention to my request.

We look forward to hearing the Democrats decrying this ‘witch-hunt’.

As SaraACarter.com reported earlier, Senate Judiciary Committee Chairman Lindsey Graham, (R-SC) confirmed in an interview with Sean Hannity on Fox News that he is sending a letter to Secretary of State Mike Pompeo requesting the transcripts of three phone calls the senator said then-Vice President Joe Biden had with then-Ukrainian President Petro Poroshenko.

Graham said the phone calls coincided with the time frame in which a Ukrainian prosecutor, once praised for going after the head of natural gas company Burisma Holdings – a person Graham said was known as the “dirtiest guy in Ukraine” by one top American official – was fired.

BREAKING: @LindseyGrahamSC demands from @StateDept the transcripts of the calls between fmr VP @JoeBiden and the fmr Ukrainian President. || #Burisma #HunterBiden

Burisma was the company on which Hunter Biden, the son of the 2020 Democratic candidate, sat on the board.

“I want to know are there any transcripts or readouts of the phone calls between the vice president and the president of Ukraine in February [2016] after the raid on the gas company president’s house,” said Graham.

“After this raid, Hunter Biden kicks in. Hunter Biden’s business partner meets with [then-Secretary of State] John Kerry, and Vice President Biden on three occasions makes a phone call to the president of Ukraine and goes over there in March and they fire the guy, and this is the same man that the ambassador wanted investigated in 2015.”

Graham added he found it “odd” that instead of lauding the Ukrainian prosecutor, Viktor Shokin, for investigating the Burisma chairman, he was instead relieved of his duties.

He said that in 2015, President Obama’s ambassador to Ukraine, Geoffrey Pyatt, said in a speech he wanted Shokin to be more forceful in his investigation of domestic corruption.

“The one person he named as being a sleazebag was the president of Burisma,” Graham remarked.

Is Lindsay Graham a conspiracy theorist too?