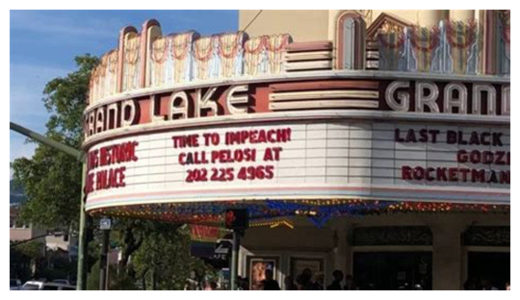 Ukrainegate is the new Russiagate. The ‘whistleblower complain’ is the new ‘dirty dossier’. The ‘former’ MI6 spy Christopher Steele wrote the dossier. The current CIA spy Eric Ciaramella wrote the ‘complain’:Federal documents reveal that the 33-year-old Ciaramella, a registered Democrat held over from the Obama White House, previously worked with former Vice President Joe Biden and former CIA Director John Brennan, a vocal critic of Trump who helped initiate the Russia “collusion” investigation of the Trump campaign during the 2016 election.

Further, Ciaramella (pronounced char-a-MEL-ah) left his National Security Council posting in the White House’s West Wing in mid-2017 amid concerns about negative leaks to the media. He has since returned to CIA headquarters in Langley, Virginia.

Also, Ciaramella huddled for “guidance” with the staff of House Intelligence Committee Chairman Adam Schiff, including former colleagues also held over from the Obama era whom Schiff’s office had recently recruited from the NSC. Schiff is the lead prosecutor in the impeachment inquiry.

And Ciaramella worked with a Democratic National Committee operative who dug up dirt on the Trump campaign during the 2016 election, inviting her into the White House for meetings, former White House colleagues said. The operative, Alexandra Chalupa, a Ukrainian-American who supported Hillary Clinton, led an effort to link the Republican campaign to the Russian government. “He knows her. He had her in the White House,” said one former co-worker, who requested anonymity to discuss the sensitive matter.

The whole impeachment show the Democrats launched is a major political mistake.

The Democrats have chosen the wrong issue, Ukraine, where they themselves have a lot of ballast. The choice of a Trump phonecall with the Ukrainian president as the item to hang the impeachment on is especially dumb. Trump’s call was less incriminating than Biden’s pressure on the Ukrainian president to help his son’s paymaster. It is also a mistake to let the Chair of the House Intelligence Committee Adam Schiff run the impeachment process. Schiff already flip-flopped over requesting the ‘whistleblower’ to testify after it was reported that twomembers of his staff, who knew Ciaramella from working with him at the Obama National Security Council, had advised him.

The process will create a lot of collateral damage. It will hurt a number people involved in it, but it will not hurt Trump with his electorate. It will not end with impeachment. I believe, like Noam Chomsky, that it will, in the end, even help Trump:”Is it politically wise? I frankly doubt it. I think it’ll turn out pretty much like the Mueller report, which, that I thought was also a political mistake. What’ll happen is probably the House will impeach, goes to the Senate. The Republican senators are utterly craven. They’re terrified of Trump’s voting base. So they’ll vote to turn down the impeachment request. Trump will come along, say I’m vindicated. Say it was the Deep State and the treacherous Dems trying to overturn the election. Oh, vote for me.”

Trump can be beaten by good policies. Instead of offering any the Democrats try to defeat him with theater. But Trump is a much better showman than Schiff or any other Democrat. It nearly looks as if they want Trump to win.