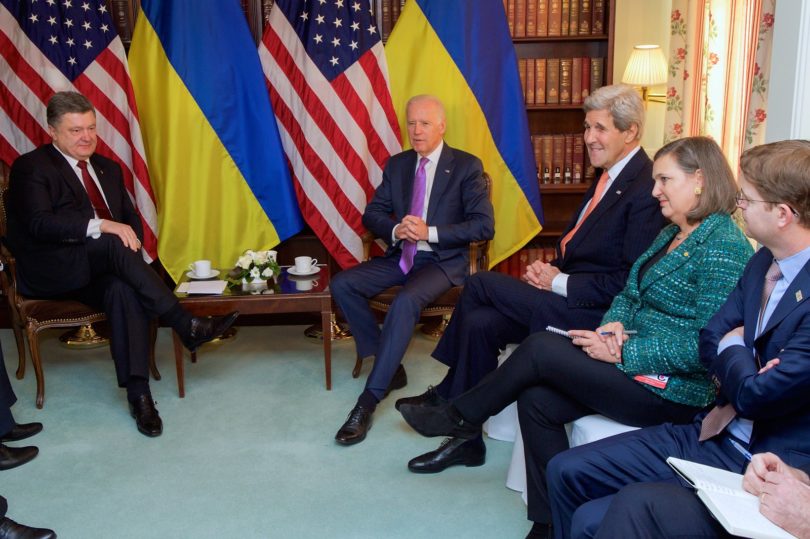 Hunter Biden and his Ukrainian gas firm colleagues had multiple contacts with the Obama State Department during the 2016 election cycle, including one just a month before Vice President Joe Biden forced Ukraine to fire the prosecutor investigating his son’s company for corruption, newly released memos show.

During that February 2016 contact, a U.S. representative for Burisma Holdings sought a meeting with Undersecretary of State Catherine A.Novelli to discuss ending the corruption allegations against the Ukrainian firm where Hunter Biden worked as a board member, according to memos obtained under a Freedom of Information Act lawsuit. (I filed that suit this summer with the help of the public interest law firm the Southeastern Legal Foundation.)

Just three weeks before Burisma’s overture to State, Ukrainian authorities raided the home of the oligarch who owned the gas firm and employedHunter Biden, a signal the long-running corruption probe was escalating in the middle of the U.S. presidential election.

Hunter Biden’s name, in fact, was specifically invoked by the Burisma representative as a reason the State Department should help, accordingto a series of email exchanges among U.S. officials trying to arrange themeeting. The subject line for the email exchanges read simply “Burisma.”

“Per our conversation, Karen Tramontano of Blue Star Strategiesrequested a meeting to discuss with U/S Novelli USG remarks alleging Burisma (Ukrainian energy company) of corruption,” a Feb. 24, 2016, emailbetween State officials read. “She noted that two high profile U.S. citizens are affiliated with the company (including Hunter Biden as a board member).

“Tramontano would like to talk with U/S Novelli about getting a better understanding of how the U.S. came to the determination that the company is corrupt,” the email added. “According to Tramontano there is no evidence of corruption, has been no hearing or process, and evidence to the contrary has not been considered.”

At the time, Novelli was the most senior official overseeing international energy issues for State. The undersecretary position, of which there are several, is the third-highest-ranking job at State, behind the secretary and deputy secretary. And Tramontano was a lawyer working for Blue Star Strategies, a Washington firm that was hired by Burisma to help end along-running corruption investigation against the gas firm in Ukraine.

Tramontano and another Blue Star official, Sally Painter, both alumni of Bill Clinton’s administration, worked with New York-based criminal defense attorney John Buretta to settle the Ukraine cases in late 2016 and 2017. I wrote about their efforts previously here.

Burisma Holdings records obtained by Ukrainian prosecutors state the gas firm made a $60,000 payment to Blue Star in November 2015.

The emails show Tramontano was scheduled to meet Novelli on March 1, 2016, and that State Department officials were scrambling to get answers ahead of time from the U.S. embassy in Kiev.

The records don’t show whether the meeting actually took place. The FOIA lawsuit is ongoing and State officials are slated to produce additional records in the months ahead.

But the records do indicate that Hunter Biden’s fellow American board member at Burisma, Devon Archer, secured a meeting on March 2, 2016with Secretary of State John Kerry. In addition to serving on the Burisma board, Archer and Hunter Biden were partners at an American firm known as Rosemont Seneca.

“Devon Archer coming to see S today at 3pm – need someone to meet/greet him at C Street,” an email from Kerry’s office manager reads. “S” is a shorthand frequently used in State emails to describe the Secretary of State. The memos don’t state the reason for the meeting.

Tramontano, a lawyer for Hunter Biden, Archer and Joe Biden’s campaign did not return messages seeking comment on Monday.

In an interview with ABC News last month, Hunter Biden said he believed he had done “nothing wrong at all” while working with Burisma but “was it poor judgment to be in the middle of something that is…a swamp in — in — in many ways? Yeah.”

Whatever the subject of the Archer-Kerry meeting, its existence is certain to spark interest. That’s because Secretary Kerry’s stepson, Christopher Heinz, had been a business partner with both Archer and Hunter Biden at the Rosemont Seneca investment firm in the United States.

Heinz, however, chose not to participate in the Burisma dealings. In fact, he wrote an email to his stepfather’s top aides in May 2014, pointedly distancing himself from the decision by Hunter Biden and Devon Archer to join Burisma’s board.

Heinz’s spokesman recently told The Washington Post that Heinz ended his relationship with Archer and Hunter Biden partly over the Burisma matter. “The lack of judgment in this matter was a major catalyst for Mr. Heinz ending his business relationships with Mr. Archer and Mr. Biden,” Heinz spokesman Chris Bastardi told the newspaper

A person who assisted Blue Star and Buretta in settling the Burisma matters in Ukraine told me in an interview that the late February 2016overture to State was prompted by a dramatic series of events in Ukraine that included when that country’s top prosecutor escalated a two-year probe into Burisma and its founder, the oligarch Mykola Zlochevsky.

In September 2015, then-U.S. Ambassador to Ukraine Geoffrey Pyatt gave a speech imploring Ukrainian prosecutors to do more to bring Zlochevsky to justice, according to published reports at the time.

By early 2016 the Ukrainian investigation had advanced enough that then-Prosecutor General Viktor Shokin authorized a court-ordered seizure of Zlochevsky’s home and other valuables, including a luxury car. That seizure occurred on Feb. 2, 2016, according to published reports in Ukraine.

The same day that the Zlochevsky seizure was announced in Ukraine, Hunter Biden used his Twitter account to start following Deputy Secretary of State Tony Blinken, a longtime national security adviser to Vice President Joe Biden who was promoted to the No. 2 job at State under Secretary John Kerry.

The Feb. 4, 2016 Twitter notification from Hunter Biden to Blinken was captured by State email servers and turned over to me as part of the FOIA release.

Within a few weeks of Tramontano’s overture to Novelli and of Archer’s overture to Kerry, Vice President Joe Biden took a stunning action, one that has enveloped his 2020 campaign for president in controversy.

By his own admission in a 2018 speech, Joe Biden used the threat of withholding $1 billion in U.S. aid to strong-arm Ukraine into firing Shokin, a prosecutor that he and his office knew was investigating Burisma.

Biden has said he forced Shokin’s firing because he and Western allies believed the prosecutor wasn’t aggressive enough in fighting corruption.

Shokin disputes that account, telling both me and ABC News that he was fired specifically because he would not stand down from investigatingBurisma. In fact, Shokin alleges, he was making plans to interview Hunter Biden about his Burisma work and payments when he got the axe.

Ukraine prosecutors have said they do not believe the Bidens did anything wrong under Ukraine law. But some of the country’s prosecutors made aneffort in 2018 to get information about Burisma to the U.S. Justice Department because they believed American prosecutors might be interested in some activities under U.S. law. You can read about that effort here.

Some experts and officials have been in reports saying Joe Biden’s actions created the appearance of a conflict of interest, something all U.S. government officials are supposed to avoid. The questions about conflicts were previously raised in a 2015 article by the New York Times and the 2018 book Secret Empires by author Peter Schweizer.

The new evidence of contacts between Burisma, Hunter Biden and Archer at State are certain to add a new layer of intrigue to the debate. Thosecontacts span back to at least spring 2015, the new memos show.

On May 22, 2015, Hunter Biden emailed his father’s longtime trusted aide, Blinken, with the following message: “Have a few minutes next week to grab a cup of coffee? I know you are impossibly busy, but would like to get your advice on a couple of things, Best, Hunter.”

Blinken responded the same day with an “absolutely” and added, “Look forward to seeing you.”

The records indicate the two men were scheduled to meet the afternoon of May 27, 2015.

The State Department records also indicate Hunter Biden met Blinken in person for lunch on July 22, 2015, when State officials gave the name of a person to meet to help him enter the building. “He has the VIP pin and can escort you upstairs for your lunch with Tony,” the email said.

The emails don’t indicate whether the meeting had to do with Burisma or one of Hunter Biden’s other interests.

But they clearly show that Hunter Biden, his business partner and Burisma’s legal team were able to secure contacts inside the StateDepartment, including to one of his father’s most trusted aides, to Secretary Kerry and to the agency’s top energy official.

The question now is: Did any of those contacts prompt further action or have anything to do with Joe Biden’s conduct in Ukraine in March 2016when he forced Shokin’s firing?