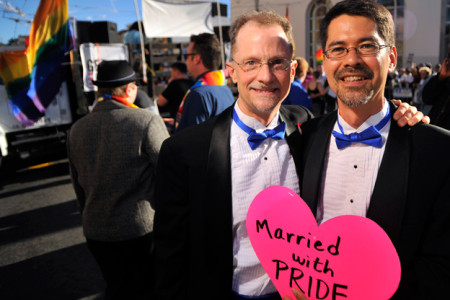 “Sexual perversions are widespread among gay menand involve urine, feces, and painful sex. Most gays are empty voids and fill their lives with sex and drugs.”


OUR GOVERNMENT IS FOISTING THIS “LIFESTYLE” ON OUR CHILDREN AND SOCIETY AS A WHOLE.

John Blair Linn was an active member of the Washington DC gay scene for 25 years. Around 2012 he became disillusioned with the “homosexual lifestyle.” He is a strong advocate for the treatment of homosexuality as a mental disorder. See part 2 (below this article) where John enumerates health problems associated with homosexual activity.

The gay bar is really the center of life for most homosexuals. They classify themselves as either “tops” (the one who screws) or “bottoms” (the one who gets screwed) and that is how they have structured their entire culture.

There is generally no stigma about any sexual behavior and those who belong to the S&M crowd are widely accepted by the general community.

Sexual perversions are widespread among gay men and involve urine, feces, and painful sex. Most gays are empty voids and fill their lives with sex and drugs. There is also a lot of anger among gay men. They are angry at their disorder and display their anger by lashing out at normal healthy society. I believe that homosexuality is almost always a birth defect. Some people are born crippled or with mental illness; the same goes for most homosexuals.

HOMOSEXUALITY IS A DISORDER

Tragically my homosexuality was caused by poor childhood upbringing and I developed homosexual feelings at age 19 and thought that I could find love with another man, but I was mistaken. I have always had major problems since I moved to Washington, DC back in 1982. I joined a gay group and everyone told me that I had to accept my sexual orientation – but what I objected to was the filth of so many gay men around me. I wanted love, but all the gay men wanted was sex.
It was only this year when I read a Catholic site on the Internet that listed homosexuality as a disorder – specifically “same-sex attraction disorder” and I launched into a huge research project and realized, based upon my life here in DC and all of the compulsive sex, that the Church was right that it truly is a disorder.

I am convinced that most homosexual men have a brain abnormality that I believe was caused in the womb. They started out as women and then something happened and they became men. They do deserve compassion but most are so screwed up psychologically and all they think about is sex. I would guess that about 75% of all homosexual men are indeed either born that way or born pre-disposed to homosexuality because they show visible traces of homosexuality. Few are like Rock Hudson who was mentally abused by his distant father.

Prior to the sexual revolution, many of these homosexuals still got married and had children because society’s attitudes were so prohibitive.

Today anything goes and the homosexuals are now looking for “bi-curious” men – as your one of your articles stated, homosexuals really love straight men. They would do anything to get at an attractive straight man.

Otherwise, most homosexual men prefer younger homosexual men by about 20 years and after about age 45, they start to get depressed and end up hiring young male prostitutes and risking their lives for sexual thrills.

(Corporate America is controlled by the Illuminati central bankers)
I have only known a few homosexual men to be attracted to underage boys, but there is an entirely separate culture built on that.

The Boy Scouts are entirely correct in banning homosexual scoutmasters. In the small rural community where I grew up we had a homosexual scoutmaster who abused numerous underage boys but it was in a period when these incidents were hushed up. Several of these young boys developed emotional problems. This same individual had an uncle who was a major official in the boy scouts who also molested young boys.
Also – so many homosexuals mix drugs in their sex. They need to do this to be passive anally with other men.

GAY MARRIAGE IS A TOTAL FARCE

Gay marriage is a total farce. Most gay men do not want to be married but to be free sexual spirits and get as much sex as they can. There is a minority of gay men who are celibate and in many cases never leave their home areas to go to a gay community because they know homosexuality is wrong.

I know of two homosexual men in a small rural community who never left for the city because they felt that the homosexual lifestyle was wrong. The liberals who are supporting gay marriage know absolutely nothing of the gay lifestyle – or know but think that marriage will curb the sexual lifestyle of gay men – boy are they wrong!

50% of gay marriages in San Francisco are open marriages – and this is an open secret known throughout the gay community. President Obama was a total liar when he claimed that gay marriages are monogamous.

These young kids who are marching in support of homosexual marriage are totally brainwashed.Homosexual men are some of the richest and most affluent in the country and they do not need marriage.Two men or two women should not be raising young children. This is the job for heterosexuals.

—
Makow comment – I appreciate John’s confirmation of many facts we have suspected. I disagree with him on homosexuality being inborn in most cases. My reading suggests they are 20% or less and relate to a lack of testosterone during gestation. I also acknowledge that there is a minority of gay couples who are monogamous. My objection to the gay lifestyle is that it is used by the Illuminati to subvert heterosexuals.I don’t care what consenting gays do as long as they do not harm others.

On June 26, 2015, the U.S. Supreme Court struck down all state bans on same-sex marriage, legalized it in all fifty states, and required states to honor out-of-state same-sex marriage licenses in the case Obergefell v. Hodges. It was hailed as a major civil rights issue.
Even my elderly grandmother who was a registered Republic in conservative central Pennsylvania, as well as my mother, supported gay marriage because they loved me and wanted me to be happy marrying someone of the same sex. They knew the pain that I suffered from my homosexuality and wanted me to be happy.

In LGBT-affirming Sweden (where the suicide victim’s sexual orientation is recorded), suicide risk was found to be slightly elevated among female married couples and almost three times as high among male married couples, compared to heterosexual married couples European Journal of Epidemiology, July 2016.
Similarly in Denmark (in the first twelve years of legalized domestic partnerships), the age-adjusted suicide rate for same-sex registered domestic partner men was nearly eight times the rate for men in heterosexual marriages and nearly twice the rate for men who had never married.Social Psychiatry and Psychiatric Epidemiology, 2011.Married lesbians in Denmark were more than six times more likely to commit suicide than married straight women. They were also at a 60 percent increased risk of death from cancer, for reasons not yet understood.
The rate of domestic violence among gay couples is 46% Nearly all gay couples allow for outside sex.
I have read real horror stories about lesbians raising young boys. Boys especially need a dad. This sociological fact is already well known.
Gay marriage is a total fraud.
Most gay men remain single.
I am glad to have remained single. At lEAST I AM STILL alive.