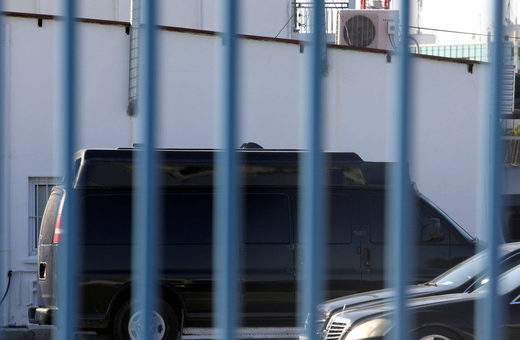 According to WiSpear, the van was only in Cyprus for demonstration and field-testing purposes on company-owned devices and with the knowledge of local authorities.

Cyprus police have enlisted the help of an independent criminal investigator in their investigation of a surveillance van owned by an Israeli intelligence veteran, according to the Washington Post.

Tal Dilian, the owner of the “spy-van,” spent 24 years in the IDF in an elite combat unit and as chief commander in the technological unit of the IDF’s Intelligence Corps and is now a multimillionaire surveillance-tech dealer, according to Forbes. Dilian co-founded Circles, a smartphone surveillance company, in 2010 and earned millions when the company was sold.

After a short hiatus, Dilian founded Intellexa, which aims to provide what Dilian called “the good guys” with the ability to hack and spy on encrypted communications. He wants the right balance to be found with citizens having privacy, but with authorities also still having the ability to spy on them. WiSpear, a Cypriot company that sells long range mission intelligence vehicles, is owned by Dilian as well.

The spy-van, a converted GMC ambulance equipped with millions of dollars of surveillance equipment, can access any phone with a 1-kilometer radius and read their WhatsApp messages, Facebook chats, texts, contacts and more from the phone. The tech in the van can also recognize your face wherever you travel, listen in on your calls, and locate all the phoneσ in an entire country within minutes, according to Dilian, adding that every 15 minutes, he can know where you are.

Attorney-General Costas Clerides said in a statement that the lawyer Elias Stephanou was appointed due to the seriousness of the case and the legal angles that have arisen during the probe, according to the Washington Post.

Cyprus police are investigating whether the company breached any privacy laws after reports alleged that the van was used to spy on people in the country. Police have since confiscated the van and various documents and questioned Dilian, according to WiSpear has denied such reports, claiming that it has not sold or rented “intelligence systems” to Cypriot authorities and does not provide “intelligence services” to clients.

“The sole scope of the company is that of selling products and technology it develops,” said WiSpear in a statement last week, adding that the van was only in Cyprus for demonstration and field-testing purposes on company-owned devices and with the knowledge of local authorities.

Cypriot President Nicos Anastasiades met last week with the justice minister, the chief of police and the leader of the communist-rooted party AKEL due to reports about the spy-van.Anastasiades said that Cyprus would “never tolerate” violations of anyone’s privacy.

Police Chief Kypros Michaelides said that the department was connected with WiSpear “just like any other company, or organizations, or a firm that deal with private security issues,” but insisted that this connection doesn’t obstruct the investigation at all.

The daily Politis reported that the van had been imported into Cyprus as “meteorological equipment” and that police appear to have been aware of the surveillance purposes of the van, according to Greek daily, Ekathimerini.

The surveillance tech industry is surrounded by controversy as such technology can cause serious harm in the wrong hands.

“We are here. We will build beautiful systems that will work for the benefit of the good guys and the universe. And we need to say it, and I don’t think we need to hide it,” said Dilian to Forbes, attempting to ease fears about the risks of such technology.

NSO Group, a company that merged with Dilian’s Circles in 2014, coded iPhone spyware that was used on associates of Jamal Khashoggi and other Saudi Arabian activists in the lead-up to Khashoggi’s torture and murder in Istanbul.

According to the Cyprus Mail, phone tapping in Cyprus is illegal while written communications can be intercepted in certain cases with a court order.