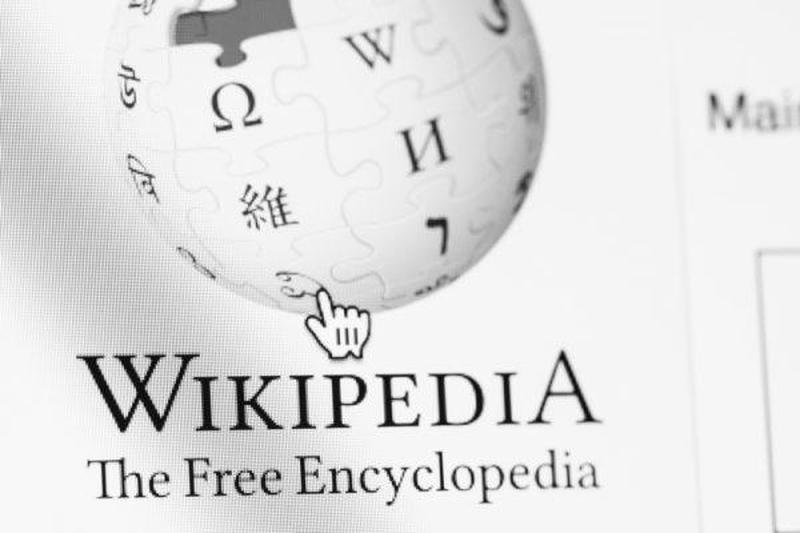 OK, here’s a silly one for you.

Have you ever wondered how all those Wikipedia articles get produced … you know, the ones you pull up on your phone to look up an actor, an author, or a recipe, or a historical or scientific fact? Unfortunately, one of the Consent Factory staff had an opportunity to find out recently.

Apparently, what happened was, someone (presumably one of my readers) tried to add a reference to one of my essays to Wikipedia’s Identity Politics page. The Ministry of Wiki-Truth objected, adamantly. A low-level edit war ensued. Once the Ministers had quashed the rebellion, one of them, “Grayfell,” immediately went to the CJ Hopkins Wikipedia article and started punitively “editing” its contents for “neutrality.”

Other Ministers soon joined in the fun. The list of my awards was summarily deleted. My debut novel, Zone 23, which I published under the Consent Factory’s literary imprint, Snoggsworthy, Swaine & Cormorant Paperbacks, was “edited” into a vanity publication that I “self-published,” probably in my mother’s basement. The “Snoggsworthy, Swaine & Cormorant” imprint (which every bookseller, library, and professional catalog recognizes) was disappeared so that my potential readers will be warned that I’m trying to trick them into buying a book that wasn’t published by a “real” (i.e., corporate) publisher, like the Penguin Group, or one of its … uh, imprints. References to my “political satire and commentary,” and to many of the alternative outlets that regularly repost my essays (like the outlet you’re probably reading this in) were also zapped, because they’re all “fake news” sites operated by Putin-Nazi agents.

Also, given my attempted book fraud, the Wikipedia Ministers immediately launched an investigation into whether I had possibly made up my entire career. Perhaps I had invented all the productions of my plays, and my awards, and even my existence itself. I assume they have contacted my “legitimate” publishers, Bloomsbury Publishingand Broadway Play Publishing, to verify that I haven’t somehow hacked their websites and faked my other books. If they haven’t … well, they should probably get on that.

This “editing” and pursuant investigation was overseen and approved by a senior member of the Ministry’s Arbitration Committee, Doug Weller, who is apparently a “Grandmaster Editor” or a “Lord High Togneme Vicarus” in Wiki-speak. (I kid you not … click the link.) Given Lord Weller’s supervision of the process, I think it’s probably safe to say that this was not just the work of a bunch of kids attempting to negatively impact my book sales because someone on the Internet pissed them off.

This brouhaha was brought to my attention by the Consent Factory’s in-house Wikipedia Liaison, King Ubu (or König Ubu in German). As his job title suggests, King Ubu’s duty is to periodically check my Wikipedia article and make sure that no one has posted anything false, defamatory, or just plain weird. Naturally, when he saw how the Ministers of Wiki-Truth were punitively “editing” my page for “neutrality,” he attempted to engage them. This did not go well. I won’t go through all the gory details, but, if you’re curious, they’re here on the CJ Hopkins “talk” page (which King Ubu reports that he has copied and archived, which I find a bit paranoid, but then, I’m not an IT guy).

Look, normally, I wouldn’t bore you with my personal affairs, but my case is just another example of how “reality” is manufactured these days. In the anti-establishment circles I move in, Wikipedia is notorious for this kind of stuff, which is unsurprising when you think about it. It’s a perfect platform for manufacturing reality, disseminating pro-establishment propaganda, and damaging people’s reputations, which is a rather popular tactic these days. The simple fact is, when you google anything, Wikipedia is usually the first link that comes up. Most people assume that what they read on the platform is basically factual and at least trying to be “objective” … which a lot of it is, but a lot of it isn’t.

If the name Philip Cross doesn’t ring any bells, you might want to have a look into his story before you go back to uncritically surfing Wikipedia. As of May 14, 2018 (when Five Filters published this article about him and his service at the Ministry of Wiki-Truth), he had been editing Wikipedia for five years straight, every day of the week, including Christmas. He (if Cross is an actual person, and not an intelligence agency PSYOP) specializes in maliciously “editing” articles regarding anti-war activists and other anti-establishment persons. The story is too long to recount here, but have a look at this other Five Filters article. If you’re interested, that’s a good place to start.

Or, if you don’t have time to do that, go ahead and use my case as an example. See, according to Ubu, the Ministry’s punitive “editing” of my article to make it more “neutral” began when this specific Minister (“Grayfell”) discovered (a) that I existed, and (b) that I am a leftist heretic. “Grayfell,” as it turns out, is extremely invested in maintaining a positive image of Antifa, whose Wikipedia article he actively edits, and whose honor and integrity he valiantly defends, not only from conservatives and neo-fascist bozos, but apparently also from nefarious leftist authors and political satirists like myself.

Which … OK, I probably deserve it, right? I have satirized identity politics. I have satirized Antifa. I have satirized liberals. I don’t forbid controversial outlets (or any other outlets for that matter) from republishing my political satire and commentary, even after I was instructed to do so by the Leftism Police at CounterPunch. Jesus, I even included a link to a Breitbart article in the preceding paragraph … don’t read it, of course, it’s all a bunch of lies, notwithstanding all the supporting evidence.

Chief among my leftist heresies, I haven’t insulted Trump nearly enough. I don’t believe he’s a “Russian asset” or the resurrection of Adolf Hitler. I believe he is the same narcissistic ass clown and self-absorbed con man he has always been. Much as I dislike the man, I’m not on board with the deep-state coup the Intelligence Community, the Democrats, and the rest of the neoliberal Resistance have been trying to stage since he won the election.

I’m not a big fan of Intelligence agencies, generally. I don’t care much for imperialism, not even when it’s global capitalist imperialism. I do not support the global capitalist ruling classes’ War on Populism, or believe in the official Putin-Nazi narrativethat they and their servants in the corporate media have been disseminating for the last three years. I do not sing hymns to former FBI directors. I don’t believe that all conservatives are fascists, or that the working classes are all a bunch of racists, or that “America is under attack.“

So it’s probably good that “Grayfell” and his pals discovered me and are feverishly “correcting” my article, and God knows how many other articles that don’t conform to Wikipedia “policy,” or Philip Cross’ political preferences, or Antifa’s theory of “preemptive self-defense,” or whatever other non-ideological, totally objective editorial standards the “volunteer editors” at the Ministry of Wiki-Truth (who have nothing to do with the Intelligence Community, or Antifa, or any other entities like that) consensually decide to robotically adhere to.

How else are they going to keep their content “neutral,” “unbiased,” and “reliably sourced,” so that people can pull up Wikipedia on their phones and verify historical events (which really happened, exactly as they say they did), or scientific “facts” (which are indisputable) … or whether Oceania is at War with EastAsia, or Eurasia, or the Terrorists, or Russia?

Oh, and please don’t worry about my Wikipedia article. König Ubu assures me he has done all he could to restore it some semblance of accuracy, and that the Ministers have moved on to bigger fish. Of course, who knows what additional “edits” might suddenly become a top priority once “Grayfell” or Antifa gets wind of this piece.

C. J. Hopkins is an award-winning American playwright, novelist and political satirist based in Berlin. His plays are published by Bloomsbury Publishing (UK) and Broadway Play Publishing (USA). His debut novel, ZONE 23, is published by Snoggsworthy, Swaine & Cormorant Paperbacks. He can be reached at cjhopkins.com or consentfactory.org.