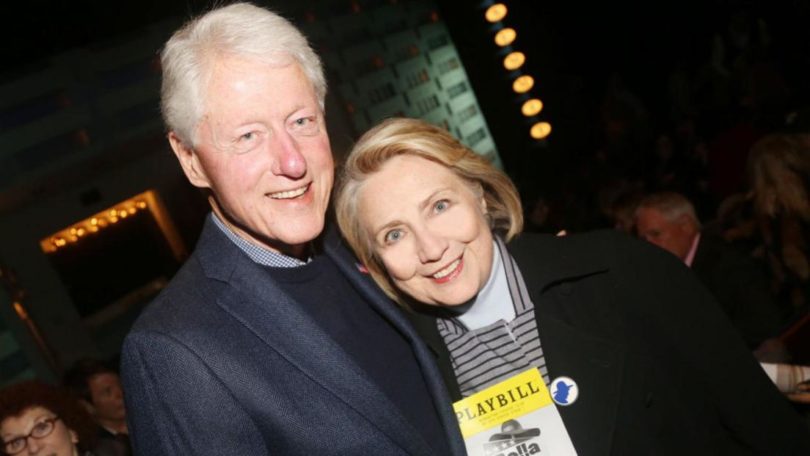 Grassley noted that he had recently released a report from the State Department that noted Clinton’s use of a non-government server for government business caused 588 security violations for mishandling classified information. He continued, “If the average American did that, they’d lose their clearance, their job, and might even go to jail.”

Grassley pointed out Comey’s July 5, 2016, public statement exonerating Clinton. He noted that Comey’s initial draft stated, ‘“There is evidence to support a conclusion that Secretary Clinton, and others, used the private email server in a manner that was grossly negligent with respect to the handling of classified material” as well as “Similarly, the sheer volume of information that was properly classified as Secret at the time it was discussed on email (that is, excluding the up-classified emails) supports an inference that the participants were grossly negligent in their handling of that information.”

Grassley noted, “Gross Negligence is a criminal standard under Title 18, Section 793.” He pointed out that Comey’s later version stated, “Although we did not find clear evidence that Secretary Clinton or her colleagues intended to violate laws governing the handling of classified information, there is evidence that they were extremely careless in their handling of very sensitive, highly classified information.”

Grassley wrote, “And that was before he finished the investigation and interviewed 17 witnesses, including Secretary Clinton. Comey never once said that some individuals deliberately sent classified information on unclassified systems. According to State’s findings, he should have. Clearly, deliberate conduct rises beyond gross negligence.”

Secretary Clinton’s actions caused 588 security violations and highly classified information to be exposed to unclassified systems. Some of those violations were deliberate, but that’s the first we’ve heard of it. The public ought to know if those folks involved were punished according to the letter of the law or were given special treatment. Equal application of the law without regard to power, party, or privilege ought to be the norm.

In October 2018, as The Washington Examiner reported, U.S. District Court Judge Royce Lamberth referred to Cheryl Mills, Clinton’s former chief of staff, saying he was shocked the DOJ granted her immunity in the Clinton email case, saying, “I had myself found that Cheryl Mills had committed perjury and lied under oath in a published opinion I had issued in a Judicial Watch case where I found her unworthy of belief, and I was quite shocked to find out she had been given immunity in — by the Justice Department in the Hillary Clinton email case. So I did not know that until I read the IG report and learned that and that she had accompanied the Secretary to her interview.”

Clinton’s aide Heather Samuelson, who joined Mills in deciding which of Clinton’s roughly 60,000 email messages were personal or work-related, was also given limited immunity by the FBI, as The Wall Street Journal reported. House Oversight and Government Reform Committee Chairman Jason Chaffetz (R-UT) said at the time, “This is beyond explanation. The FBI was handing out immunity agreements like candy. I’ve lost confidence in this investigation, and I question the genuine effort in which it was carried out. Immunity deals should not be a requirement for cooperating with the FBI.”