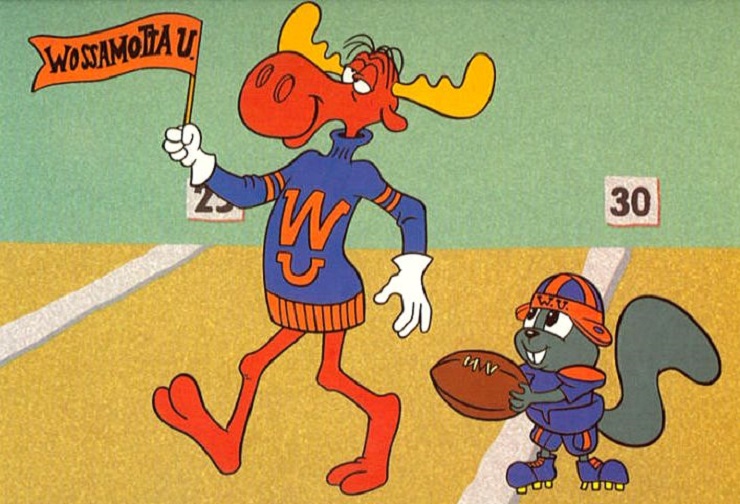 I was just reading another story about how Vladimir Putin will take over the world at Foreign Policy Magazine. It was a pretty good yarn, as Russophobic propaganda goes. But, just when the drama got really big. BAM, the FP paywall came up. “Shucks,” I thought. What if I have been wrong all along about Putin and Russia? I knew I had to find out. So, I dug deep into the profile of the author. Sometimes, all we have to go on is circumstantial evidence of truth. Here’s the latest case for discussion.

Extra, Extra, Read All About Putin!

For only $2.25 a week I could have read until the end. And “Putin May Want to Be an Emperor, but Russia Isn’t an Imperial Power” started out so interestingly. The story by Alexander John Motyl is cerebral, unlike so many Putin-hater diatribes I read. But then, professors who seldom teach classes do tend to belong to the society of think tanks and the brotherhood of perpetual Cold War, now don’t they?

In this Russophobia rant, Motyl takes a wholly different track from most others in the way the author portrays Vladimir Putin’s administration. I cannot be sure, but maybe this is because the author is a lot smarter than most NATO sellouts. Or, he could have just run out of “stupid” rants. Whatever the case, this American historian, political scientist, poet, writer, translator, and artist-painter whose parents immigrated to the U.S. from Ukraine, has spent almost his whole life bitching about the Soviets and empire. We cannot overlook his doggedness. However, since I cannot read the FP piece by the author without forking over cash, I must analyze the place Motyl comes from.

Isn’t it a funny thing. Western analysts never seem to include western empires in their scathing brainstorms about world domination. The American hegemony just never comes up! Today, as before, Motyl and his comrades can speak profoundly about the Mongol Empire, the Russian Empire, the Aztec Empire, the Akkadian Empire, and probably the Empire Strikes Back Star Wars epoch. But America’s manifest destiny just never seems to come up? Damn that paywall. I was really interested in the Putin punch line. Sorry, just a random shiver of disappointment there. Moving on.

We are lucky, that the brainy side of Putin hate cannot be imprisoned with subscription ultimatums. Any writer as pissed off at Putin and Russia as this Rutgers professor has been the last thirty years, is inevitably pop up in media like; The Ukrainian Weekly, where a report on a conference marking 125 years of the organized diaspora in the U.S. features professor Motyl as a panelist who stresses “Ukraine’s importance as a strategically.” Yeah, here we go again!

Unfortunately for the good Dr.’s credibility, his stupidity check valve leaked a bit at the wrong time during the conference. At a point, he was quoted “admitted being anti-Russian” – with his Freudian slippage about seizing an opportunity. “There is no better time to be a ‘Ukraine expert,’’ according to Motyl. Yikes! You mean Russophobia is all about happy time? Good God. This one is a real stinker.

Who can say why academics always do it. Maybe guilt pangs force the truth of their cerebral existence to the surface? Motyl and his colleagues, literally all advocates of a Russia containment policy, they eventually just come out and admit they would burn Russians on a cross if they could. And part of the reason must be, the money and influence in western circles flowing freely toward anybody who can stick two sentences together about Evil Putin. The academia experts lecture daily as if they graduated from the Bullwinkle and Rocky show – “Wossamotta U?”

Some cases you can find easily include; Politico in the EU features Motyl’s “Vladimir Putin, war criminal.” CNN in 2014 broadcast Motyl’s “Vladimir Putin, just evil enough.” In 2013 Foreign Affairs gave wings to the professor’s “Yanukovych Must Go.” I guess my point on rabid political scientist turned revolutionaries is well made. If you’re featured on Euromaidan Press? Well. There has to be a picture of Alexander Motyl and Senator John McCain someplace. Oh hell! I actually found the idealistic convergence here on the Berlin Policy Journal from 2015! But before I begin to feel my own research genius blossoming, let’s refocus on smarty pants NATO stooges.

Alexander John Motyl is just pissed. The Soviets did something really bad to his parents or some other relatives, and now Putin is the convenient Stalin or Khrushchev. I get it. I really do. Back when I was a kid, the “Damn Yankees” from up North won the Civil War. And we really hated them for it for generations in the American South. Heck, they burned my great grandfather’s plantation, for crying out loud. But Donald Trump is not responsible for Atlanta burning down, or for raising cotton prices. As a grownup, I know that the people North of the Mason Dixon Line are not any eviler than Georgia boys hunting opossums in a pine thicket. We were just pissed for a long time because an elusive dream never materialized.

For years now, the liberal order has created a system. Now, it is failing. And now, one of the guys the liberal elites go to, he’s everywhere. Motyl is even in the Trump rant featured on Huff Post. “Making America Smart Again” is all about supposedly stupid people who voted Trump “in” and the smart choice, Hillary “out” in 2016. Yeah, like many anti-Russia folks in my country, Motyl is just pissed in general at anything that is not touchy-feely liberal pop. I’ll give the man credit for one thing. He’s like a bad penny who turns up everywhere one looks for hatred of Russia. Google the dude. The Aspen Institute Central Europe, Atlantic Council, RealClearDefense, and even Ozy, which is for “cool people.” I’m sorry, I just can get off the subject. Now I am ranting on a Putin hater… AHHHH!

Is Crybabying That Much Fun?

What is wrong with these people? I picked on Alexander Motyl here because he is a poster boy for everything that is wrong in policy and detente in our world. He and his fellows are the same people who have propped up the failing systems that are shown to be ruining our world. Don’t take my word here, just scroll down the Atlantic Council list of supporters for a new “Declaration of Principles for Freedom, Prosperity, and Peace” they want the world to believe in.

That’s right. They’ve come up with a plea for the world to return to the same world order that ruined the lives of billions. Fortunately, most of the world is just sick of their crybaby bullshit over normal life struggles. I mean, I cannot know exactly who died from Motyl’s lineage during Stalin’s regime, but surely dead Syrian, Donbass, or Yemeni babies count as strikes against democracy. Don’t they? Hell, even the Irish are forgiving one another! Can’t we move on? No! Because Madeleine Albright, Stephen Hadley, Carl Bilt, and Yoriko Kawaguchi are the leaders of this Wizard of Oz drive to continue the insanity. The killers who lead need to rewrite history so the hegemony can move on.

“President Jimmy Carter ordered the withdrawal of seven consular officers from Kyiv, in reprisal against the Soviet Invasion…”

Today, we know that the Carter administration lured the Soviets into Afghanistan on purpose, via the Zbigniew Brzezinski plan to create a “Vietnam” for the Soviets. The paper is from 1982, but nowhere can I find a rewording or a rework of Motyl’s ideas on Jimmy Carter’s dodgy policy. I find it sad that so little has really changed in the last forty years. Politically, economically, ideologically, we went nowhere.

And at the American Interest, the rabidness of Motyl plaid out in snarly, slobbering hatred alongside New York University’s Rajan Menon in “The Myth of Russian Resurgence,” or the then exaggerated fear of revived Russian power. In 2006 the psychotics in American academia were sure Russia would die a slow death of fragmentation. Now, they’re horrified at the prospects Putin will save his people from outright takeover.

These people have made a name for themselves hating Russia. These people are neck-deep vested in the liberal order’s hyperbolic war on humanity. These people are dangerous. Never believe anything they say. They are zombies of an imbecilic consciousness that will end up destroying the whole world.

Phil Butler, is a policy investigator and analyst, a political scientist and expert on Eastern Europe, he’s an author of the recent bestseller “Putin’s Praetorians” and other books. He writes exclusively for the online magazine “New Eastern Outlook.”