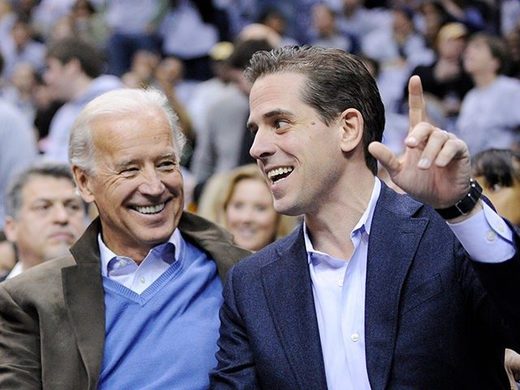 It’s obvious Joe Biden — who is only running for the presidency — cannot be impeached, but were he to win that exalted office, the case for his immediate impeachment would dwarf Donald Trump’s if we are to believe

“Derkach said at a press conference at the Kyiv-based Interfax-Ukraine news agency that on November 14 the Prosecutor General’s Office (PGO) announced a new suspicion to the owner of Burisma, former Ecology Minister Mykola Zlochevsky.”

“Ecology Minister?” Those Eastern Europeans have a sense of humor. But never mind. Far more important and disturbing details about this accusation emerge from the Interfax reports (there are two from the same press conference).

But first, in fairness, who is Interfax and can we trust them? They are originally a Russian news company, now worldwide, that was established during perestroika and generally took a liberal line against the conservatives who wished to preserve the old USSR. Still, like most Russian organizations, they’re probably infiltrated by intelligence agencies and their reporting most be regarded with some skepticism. But that’s true of all outlets, isn’t it, including, as we have learned, The New York Times and The Washington Post, who have recently lied their way to Pulitzer prizes?

But back to Interfax.

“Ukrainian members of parliament have demanded the presidents of Ukraine and the United States, Volodymyr Zelensky and Donald Trump, investigate suspicions of the legalization of $7.4 billion by the ‘family’ of ex-President Viktor Yanukovych through the American investment fund Franklin Templeton Investments, which they said has ties to the U.S. Democratic Party. …

“‘The son of Templeton’s founder, John Templeton Jr., was one of President Obama’s major campaign donors. Another fund-related character is Thomas Donilon. Managing Director of BlackRock Investment Institute, shareholder Franklin Templeton Investments, which has the largest share in the fund. It is noteworthy that he previously was Obama’s national security advisor,’ Derkach said.”

Whatever one thinks of Interfax, this is a report of a press conference by members of the Ukrainian parliament whose accusations merit investigation — by our Justice Department and, yes, theirs. That Joe Biden at this point seems unlikely to be the Democratic Party nominee is beside the point. This speaks to the very nature of the impeachment inquiry currently before us.

Did Donald Trump have good reason to be suspicious of Ukraine’s treatment of him before and during the election? Our Republican friends keep telling us all these theories have been “debunked.” By whom? Mostly by them and their media allies, I suspect.

And if that’s true, and if the Ukrainian parliament members at the press conference are even roughly correct that the levels of corruption between Ukraine and the United States reached $7.4 billion, the impeachment hearings are no more than a pathetic sideshow.

The mainstream media is — with some reluctance — starting to understand this. Reuters yesterday also had a report.

“KIEV (Reuters) – Ukraine has widened its investigation into the founder of energy company Burisma to include suspicion of embezzling state funds, Prosecutor General Ruslan Ryaboshapka said on Wednesday. …

“Ryaboshapka said Zlochevsky was now suspected of the ‘theft of government funds on an especially large scale,’ but did not provide evidence or details. ….

“The investigation is effectively on hold, however, because the Ukrainian authorities cannot determine Zlochevsky’s whereabouts.”

Vanished? Now where have we heard that before? (HINT: Joseph Mifsud of Russia probe fame — stay tuned)