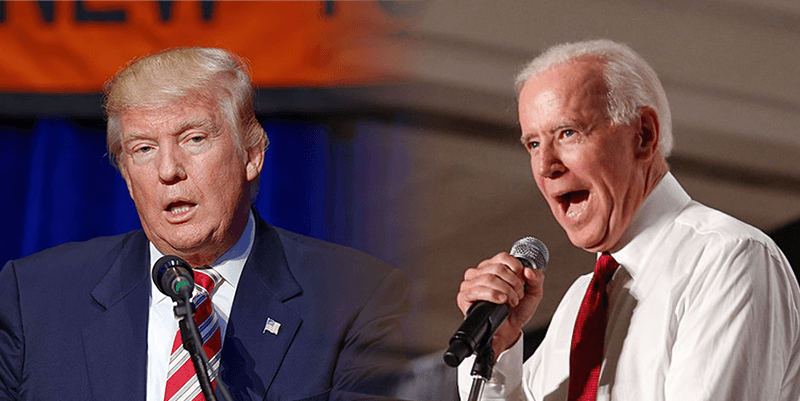 The New York Times continues to lie about Joe Biden’s involvement in the Ukraine and about Ukrainian involvement in the U.S. election. Today it also lied about a fact in relation to Lieutenant Colonel Vindman who was yesterday questioned by the Democrats ‘impeachment inquiry’. The NYT reported that very fact just a day ago. During the hearing Lt.Col. Vindman expressed a rather preposterous view about who should define U.S. foreign policy.

The NYT claims to debunk falsehoods but spreads more of them:

Debunking 4 Viral Rumors About the Bidens and Ukraine
As lawmakers examine whether President Trump pushed Ukraine to investigate the Biden family, here are some of the most prominent falsehoods that have spread online and an explanation of what really happened.

Why was Ukraine’s top prosecutor fired?
…A year later, Viktor Shokin became Ukraine’s prosecutor general, a job similar to the attorney general in the United States. He vowed to keep investigating Burisma amid an international push to root out corruption in Ukraine.

But the investigation went dormant under Mr. Shokin. In the fall of 2015, Joe Biden joined the chorus of Western officials calling for Mr. Shokin’s ouster. The next March, Mr. Shokin was fired. A subsequent prosecutor cleared Mr. Zlochevsky.

We have show the time lime of Biden’s intervention against Shokin and provided evidence that the investigation into Burisma was very much alive:Zlochevsky had hired Joe Biden’s son Hunter for at least $50,000 per month. In 2015 Shokin started to investigate him in two cases. During the fall of 2015 Joe Biden’s team begins to lobby against him. On February 2 Shokin seizes Zlochevsky’s houses. Shortly afterwards the Biden camp goes berserk with Biden himself making nearly daily phonecalls. Shokin goes on vacation while Poroshenko (falsely) claims that he resigned. When Shokin comes back into office Biden again takes to the phone. A week later Shokin is out.

Biden got the new prosecutor general he wanted. The new guy made a bit of show and then closed the case against Zlochevsky.

and:It is quite astonishing that the false claims, that Shokin did not go after Burisma owner Zlochevsky, is repeated again and again despite the fact that the

public record, in form of a report by

Back to the NYT ‘debunking’. The second part is about Trump allegations connecting the cybersecurity company CrowdStrike to the Ukraine. The NYT is correct to say that Trump’s claims in that direction are mostly confused or false. But it also makes this claim:CrowdStrike, based in California, is not Ukrainian-owned and does not appear to have any Ukrainian connections.

CrowdStrike’s co-founder Dmitri Alperovitch issued a report about a Ukrainian software for artillery targeting. The report falsely claimed that the software was hacked by Russia and that Russia used the coordinates the hacked software allegedly transmitted.

Those CrowdStrike allegations were completely false:In December, CrowdStrike said it found evidence that Russians hacked into a Ukrainian artillery app, contributing to heavy losses of howitzers in Ukraine’s war with pro-Russian separatists.

VOA reported Tuesday that the International Institute for Strategic Studies (IISS), which publishes an annual reference estimating the strength of world armed forces, disavowed the CrowdStrike report and said it had never been contacted by the company.

Ukraine’s Ministry of Defense also has stated that the combat losses and hacking never happened.

CrowdStrike was first to link hacks of Democratic Party computers to Russian actors last year, but some cybersecurity experts have questioned its evidence.

The debunked CrowdStrike report about the Ukraine demonstrated that the company can not be trusted when it alleges Russian hacking – be it of an Ukrainian artillery app or of the DNC servers.

The NYT ‘debunking’ also claims:Mr. Trump’s own former Homeland Security secretary, Thomas P. Bossert, called the president’s assertion that Ukraine intervened in the 2016 elections on behalf of the Democrats “not only a conspiracy theory” but “completely debunked.”

Mr. Bossard indeed has said such but he is wrong. The Ukrainian actions against the Trump campaign are well documented. The Ukrainians even admitted their intervention:The prospect of Mr Trump, who has praised Ukraine’s arch-enemy Vladimir Putin, becoming leader of the country’s biggest ally has spurred not just Mr Leshchenko but Kiev’s wider political leadership to do something they would never have attempted before: intervene, however indirectly, in a U.S. election. …Mr. Leshchenko and other political actors in Kiev say they will continue with their efforts to prevent a candidate – who recently suggested Russia might keep Crimea, which it annexed two years ago – from reaching the summit of American political power.

The third claim which the NYT tries to ‘debunk’ is that the CIA agent who played the ‘whistleblower’ against Trump is a political partisan. The debunking fails when the NYT itself notes the source of the claim:Michael Atkinson, the inspector general for the American intelligence community, found unspecified indications of “an arguable political bias,” suggesting the whistle-blower favored a rival political candidate, according to a Justice Department memo.

The fourth ‘debunking’ is about Hunter Biden’s business with China:Critics of Hunter Biden have sought other areas ripe for sowing disinformation. One they have homed in on is his dealings in China. …While the amount of money Hunter Biden made from those deals remains unknown, Mr. Trump has said that China handed over $1.5 billion to Mr. Biden in a “sweetheart” business deal meant to win favor with his father. …The $1.5 billion figure Mr. Trump has referred to appears to be the amount of money a Shanghai private-equity company raised in 2014. Hunter Biden joined the board of the company, BHR Equity Investment Fund Management, in late 2013. In 2017, he bought 10 percent of the firm, investing the equivalent of $420,000.

The NYT conveniently forgets to mention who is behind BHR and how the deal was made:On one of the first days of December 2013, Hunter Biden was jetting across the Pacific Ocean aboard Air Force Two with his father and daughter Finnegan. … Vice President Biden, Hunter Biden and Finnegan arrived to a red carpet and a delegation of Chinese officials. …[Hunter Biden’s company] Rosemont Seneca Partners had been negotiating an exclusive deal with Chinese officials, which they signed approximately 10 days after Hunter visited China with his father. The most powerful financial institution in China, the government’s Bank of China, was setting up a joint venture with Rosemont Seneca….Rosemont Seneca and the Bank of China created a $1 billion investment fund called Bohai Harvest RST (BHR), a name that reflected who was involved. Bohai (or Bo Hai), the innermost gulf of the Yellow Sea, was a reference to the Chinese stake in the company. The “RS” referred to Rosemont Seneca. The “T” was Thornton.

The NYT asserts that Trump was “sowing disinformation’ about Hunter Biden’s China relation. Trump often lies but in this case he just simplified the facts.

The debunking piece fails in all four points it raises. It is itself sowing disinformation about Biden’s intervention against Shokin and the Ukrainian meddling in the U.S. election. It fails to mention relevant facts on the two other issues.

In its zeal to propagandize against the Trump administration the NYT is playing lose with the facts and is even disregarding its own reporting. Consider this item from today about media reactions to the Lieutenant Colonel who was yesterday questioned by the Democrats ‘impeachment inquiry’:Jack Posobiec, a well-known figure on the far-right internet, tweeted the falsehood that Mr. Vindman had been advising the Ukrainian government on how to counter Mr. Trump’s foreign policy goals. Mr. Posobiec cited The New York Times as his source — in fact,

The Times reported no such thing.

In fact, Posobiec quoted this New York Times piece from yesterday which reported:While Colonel Vindman’s concerns were shared by a number of other officials, some of whom have already testified, he was in a unique position. Because he emigrated from Ukraine along with his family when he was a child and is fluent in Ukrainian and Russian,

Ukrainian officials sought advice from him about how to deal with Mr. Giuliani, though they typically communicated in English.

When Rudi Giuliani was trying to get information about Ukrainian involvement in the 2016 election he was undoubtly pursuing the president’s foreign policy. Posobiec was right and theNYT should correct itself.

Lt.Col. Vindman did not like those policies. He in fact believes that U.S. foreign policy should not be directed by the president.

In his written opening remarks to yesterday’s confidential hearing, widely spread to the media, he asserts:In spite of being under assault from Russia for more than five years, Ukraine has taken major steps towards integrating with the West.

The U.S. government policy community’s view is that the election of President Volodymyr Zelenskyy and the promise of reforms to eliminate corruption will lock in Ukraine’s Western-leaning trajectory, and allow Ukraine to realize its dream of a vibrant democracy and economic prosperity.

Given this perspective and my commitment to advancing our government’s strategic interests, I will now recount several events that occurred.
…
When I joined the NSC in July 2018, I began implementing the administration’s policyon Ukraine. In the Spring of 2019, I became aware of outside influencers promoting a false narrative of Ukraine inconsistent with the consensus views of the interagency. This narrative was harmful to U.S. government policy. While my interagency colleagues and I were becoming increasingly optimistic on Ukraine’s prospects, this alternative narrative undermined U.S. government efforts to expand cooperation with Ukraine.

Who the f**k does this NSC minion thinks he is? The President of the United States?

The constitution does not empower the “U.S. government policy community”, nor “the administration”, nor the “consensus view of the interagency” and certainly not one Lt.Col. Vindman to define the strategic interests of the United States and its foreign policy. It is the duly elected president who does that.

President Trump and many other people believe that it would be better for the United States to ally with Russia against an ever growing China than to push Russia and China into an undefeatable alliances against the United States. Trump often alluded to this during his campaign. The voters seem to have liked that view.

The U.S. coup in the Ukraine made that policy more difficult to achieve. But within the big picture the Ukraine is just a bankrupt and corrupt state that has little strategic value and can be ignored.

One can disagree with that view and with other foreign policy priorities Trump set out and pursues. I certainly disagree with most of them. But for those who work “at the pleasure of the President” his views are the guidelines that set the direction of their duties.

The anti-Russian/pro-Ukrainian fanatics in the Borg, to which Lt.Col. Vindman belongs, are trying to prevent Trump from achieving his large picture vision of U.S. strategic interest and from defining U.S. foreign policy goals. They want to implement their own polices independent of what the president thinks or believes.

We have warned that such interference by the Borg, the ‘deep state’ or ‘swamp’, is a danger to democracy:If the deep state is allowed to make its own policies against the will of the elected officials why should we bother with holding elections?

The Democrats are stupid to applaud this and to even further these schemes. They are likely to regain the presidency in 2024. What will they do when all the Civil Service functionaries Trump will have installed by then organize to ruin their policies?

It is unfortunate that the above points have to be repeated again and again. But when powerful media try to sell the lies about the Ukrainian interferences by repeating the same falsehoods over and over again the truth has only a chance to win when it is likewise spread repeatedly.