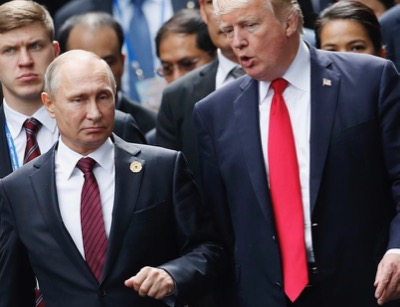 Over the past century, the United Kingdom and then the United States have successively courted all states and faith groups in the Middle East. They have fuelled confessional conflicts in such a way as to make themselves indispensable, according to the old principle of “Divide and conquer”.

President Trump was elected three years ago with the plan to end the US Empire and bring his country’s forces back to the service of his fellow citizens. According to the analysis of his ephemeral security adviser, General Michael Flynn, withdrawing his troops from the wider Middle East while bringing peace to it means ending religious conflicts and therefore giving priority to sectarian states. In other words, Saudi Arabia must be de-wahhabited, Israel must be de-jewed, Iran must be de-chiited and Gaza de-sunnised, and the sectarian constitutions of Lebanon and Iraq must be changed.

That is exactly what we are witnessing today.

Prince Mohamad Ben Salmane and King Salmane himself, although they derive their legitimacy from the Wahhabi Brotherhood, are constantly pushing it back in their country.

Avigdor Lieberman, president of the Russian-speaking Israel Beitenu party, has brought about the fall of Benjamin Netanyahu’s government and has been calling for a government without religious parties for a year. Two legislative elections later, General Benny Gantz may form a secular government of national unity, including Lieberman and Netanyahu, but without the religious parties. Otherwise, third parliamentary elections will have to be held.

Iran has imprisoned the main collaborators of former secular President Mahmoud Ahmadinejad. The country is under financial pressure from the United States and Israel’s military. At some point, it will be preferable for it to change its own system of government and return to a nationalist policy.

While one half of the Palestinian Territories is secular, the other half is governed by Hamas. But the State of Palestine only exists because the rest of Palestine is a Jewish State. If Benjamin Netanyahu agreed to be a simple minister, he would quickly be caught by his country’s judiciary. His fall would not be that of the Likud, but that of the few supporters of the Greater Israel conqueror from the Nile to the Euphrates.

In Lebanon, despite massive demonstrations, it is impossible to reform the sectarian constitution that has plagued the country for three quarters of a century and a civil war. Indeed, a constituent commission can only be formed by respecting the sectarian balances and cannot therefore abolish them. And if a constituent assembly were to be elected, the sectarian parties would once again buy voters to maintain themselves. The only solution is the creation of a secular military government that reforms the Constitution itself before withdrawing for the benefit of elected civilians.

This White House project meets that of the Russian Federation, which has always protected Christians, but has always opposed denominational states.