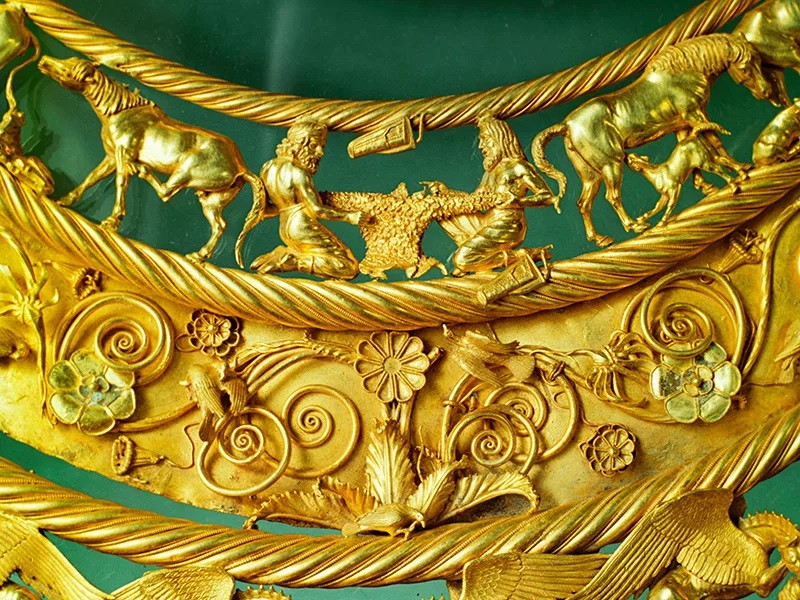 Why the Archangel Rafael buried Azazel under the desert?

Then the Flood came to wipe off bearers of those secrets.

God also sent Rafael to bind and bury Azazel in a desert until a Judgment Day when Azazel shall be cast into fire, mostly for teaching people forbidden secrets from heaven.

Why did God punish Adam with the curse of labor? And, why the knowledge of crafts was a deadly sin so severe that an entire pre-Noah humanity needed to be wiped out?

And, last but not least… why do the modern Rabbinical Talmudic cult that fashions itself after the ancient Children of Satan still celebrates Azazel for… teaching arts and crafts to people?

Why the Rabbinical Talmudists revere Azazel?

Azazel is a demon or an evil spirit to whom, in the ancient rite of Yom Kippur (Day of Atonement), a scapegoat was sent bearing the sins of the Children of Satan. Two male goats were chosen for the ritual, one designated by lots “for the Lord,” the other “for Azazel” (Leviticus 16:8)

The Book of Enoch (a book of the Apocrypha) says that Azazel (here spelled ‘ăzā’zyēl) was one of the chief Grigori, a group of fallen angels who married women.

Azazel was the chief of the Se’irim, or goat-demons, who haunted the desert and to whom the ancient Jews offered sacrifices.

BTW, those unwitting followers of the new Kabbalah movements who proudly display a red woolen thread on their wrists.

The Rite of Yom Kippur sacrificing a goat to Azazel included the high priest fastening a scarlet woolen thread to the head of the goat “for Azazel”; and laying his hands upon it again, recited the confession of sin and prayer for forgiveness. The goat was then let to the top of the hill where the priest divided the scarlet thread into two parts, one of which he tied to the rock and the other to the goat’s horns, and then pushed the goat down of some cliff. (Yoma vi. 1-8).

So, those unfortunate people having no idea that they are made into the sacrificial goats bearing the sins of all Talmudists. Why to buy a goat if they can fool men and women to commit themselves to the roles of Atonement animals for Azazel?

It’s not surprising that people today walk around in a bewildered and “cursed” state feeling that they live in a “simulated reality” of the Matrix that went broken.

Man was created in an image and likeness of God as His co-creator.

We can create anything we want in the act of creation, not by making or buying. We can create weather, water, food, houses, great books and music, nature, planets, even entire universes, anything at all.

How do the labor figures into this?

Our people, the Orthodox Christians are brought up with the notion that a family is the most important and work is the second important thing in life. They don’t want to hear His words that labor and the poor you will always have with you, but you will not always have Me, and Those who love their families more than Me is not worthy of Me.

No one ever speaks of this. They have replaced the Christianity with their own values that they pretend being Christian values. Devoted church goers, old men and women, regard as something spiritual that they have children and that their entire lives from their youth to their old days day in and day our they have labored as if this is some sort of a virtue. They are convinced that God loves them for that.

Show me in the Scripture where God says so?

People are so convinced in this delusion that the Church is forced to follow their misplaced believes, because the Church doesn’t want to alienate them and to be criticized by them.

If the Patriarch says today that there is nothing to be proud of if you work your entire life to put bread on the table? That even an earthworm works every day to feed itself digging tunnels in mud. And an earthworm produces tones of offspring. Forget about it. They won’t let the patriarch to stand after that. But… isn’t your life more valuable than earthworm’s? The aim of your life is Theosis, and work is not a part of this program.

You co-create with God, but you’re free to create what you want or what you think you want. When a man thinks that the life is hard, and he has to work none-stop simply to survive, to put food on the table, he creates this sort of warped personal reality from which he sees no escape. Correspondingly, when millions are programed to think this way their combined efforts create their shared reality.

No one tries to understand what His worlds mean:

His words that we can create anything we want have been intentionally misinterpreted as if He wants us to be poor!

Another misinterpretation is that Christ loves poor people. Where does He ever say that?!

These His words mean that it’s hard for a rich man who has everything to start wanting it bad enough to force himself to search for the Path of the Theosis.

It’s easier for a poor and hungry man, because hunger and poverty might, but not necessarily, push him to search for the Path, and he might find it.

That is it. There is nothing more to it.

Just remember that the destructive spiritual energy personified as Azazel taught people how to make things with their own hands, in order for them to forget their ability to create like God. For that deed Azazel was bound, gagged and buried by the Archangel. For many centuries on the same day as they feared the God the most, the ancient Children of Satan praised Azazel for his “gifts” to humanity. The rite of the sacrifice shows that they offered negative energies of their sins along with pain and horror of an animal thrown down of the cliff and dying in agony to feed and fortify this demon least Azazel perishes before it could be liberated.

“A gentile who observes a day of rest deserves death. BT Sanhedrin 58b quoting per page 184 of Michael Hoffman Judaism’s Strange Gods.

Most occupations are improper.

Agriculture is the lowest form of occupation, BT Tebamoth 63a.same as above

Yet another nonsense many Christians held as their believe. They say that they work their entire lives in order for their children and grandchildren to live better and this dedication pleases the Lord. They are proud that they care little to none about themselves as if someone is going to give them a medal for this. As if God created them so they wouldn’t love themselves, wouldn’t think about the Divine and wouldn’t seek the Path, but worked themselves to death and never knew anything good in their lives?

He created them in the Image and Likeness of Him, and they think that He loves poor, unwashed, ill, crippled and those who work themselves to death.

They created this monster instead of God, abandoned the Path of Theosis, and let the enemies to conjure for them horrible fake-reality. “Achieving” all those self-defeating feats they walk around unhappy and bewildered.

P.S. When you have intrusive negative thoughts about “need to work as hard as you can to survive” or “the lack of money to feed yourself” or anything similar, and when you feel anxiety about money, just say it in your mind “Who is thinking this?” and “Who is feeling this?” The enemy tormenting you will be forced to flee.

Per Cat Motya, interpreted by Scott