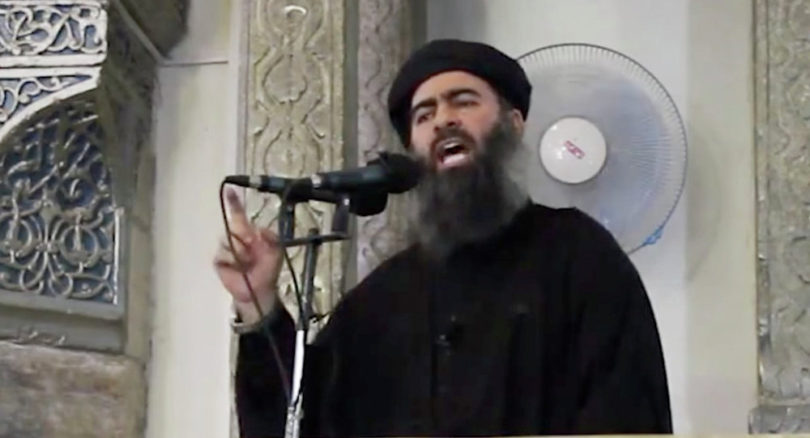 The Russian Ministry of Defence has announced that it does not have reliable information regarding the US operation in Idlib which allegedly resulted in the death of terrorist leader Abu Bakr al-Baghdadi.

While US President Donald Trump has confirmed the death of Daesh* head al-Baghdadi, Russian military officials said they do not possess any reliable data regarding the matter.”The Russian Defence Ministry has no reliable information about US servicemen conduction an operation to ‘yet another’ elimination of the former Daesh leader Abu Bark al-Baghdadi in the Turkish-controlled part of the Idlib deescalation zone”, ministry spokesman Maj.Gen. Igor Konashenkov said.

Earlier, Trump declared that al-Badhgadi allegedly “died after running into a dead-end tunnel, whimpering and crying and screaming all the way”, and boasted that the US personnel involved in the mission “were incredible”.

He also thanked Russia, claiming that the US forces had to fly through certain Russian-controlled areas to reach their target.”Russia treated us great. They opened up – we had to fly over certain Russia-held areas. Russia was great,” Trump said.

The Russian Defence Ministry, however, stated that they are unaware of providing cooperation to US air units entering the airspace over the Idlib deescalation zone during that mission.”No airstrikes performed by US aircraft or aircraft belonging to the so called ‘international coalition’ were detected on Saturday or during the following days,” a statement by Maj.Gen. Igor Konashenkov said.

Konashenkov also remarked that the reports of the terrorist leader’s alleged demise are unlikely to have any serious effect on the current situation in Syria.”Since the moment of the final Daesh’s defeat at the hands of the Syrian government army supported by Russian Aerospace Forces in early 2018, yet another ‘death’ of Abu Bakr al-Baghdadi does not have any strategic importance regarding the situation in Syria or the actions of the remaining terrorists in Idlib,” he said.

News of al-Baghdadi”s demise come after he was reported dead on several occasions in recent years, though none of the previous aforementioned reports were ever corroborated.

*Daesh, also known as ISIS or ISIL, is a terrorist organization outlawed in Russia.