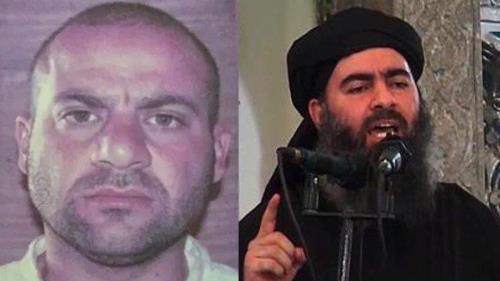 A mere day after President Trump announced that ISIS terror leader Abu Bakr al-Baghdadi died “like a dog” in a US raid in northwest Syria, and after spokesman for the group Abu al-Hassan al-Muhajir was also taken out in a joint US-Kurdish SDF operation, the Islamic State is already reported to have named a successor. The now deceased al-Mhuhajir had also been widely reported as a potential Baghdadi successor.

Abdullah Qardash, sometimes spelled Kardesh and also known as Hajji Abdullah al-Afari, was said to have been nominated by Baghdadi in August to run the group’s “Muslim affairs” in a widely-circulated statement attributed to ISIS’ official Amaq news outlet, but never publicly endorsed by the group.

Though little is known about the former Iraqi military officer who once served under late leader Saddam Hussein, one regional intelligence official asking not to be identified by name or nation told Newsweek that Qardash would have taken over Baghdadi’s role — though it had lost much of its significance by the time of his demise.

According to a number of reports, citing Middle East analysts, Baghdadi had been little more than a “figurehead” .

As Crisis Group think tank senior analyst Sam Heller observed “Baghdadi’s personal centrality to the organization’s success is unclear,” given that “the group seems to have invested in systematizing and institutionalizing itself in a way that could mitigate the loss of any single leader, even at the very top.”

Thus Qardash’s own role and level of command at the top of the terror group, even if confirmed, remains unclear. Given ISIS has by now largely been driven ‘underground’ – splintered into local cells confined to northeast Syria and western Iraq, any ISIS ‘leader’ position could remain symbolic at best.

Meanwhile, some analysts and prominent ISIS-watchers are hotly disputing the accuracy of Newsweek’s claim that Qardash has taken Islamic State’s helm, though admitting he does hold “prominence” in the organization.

This after his name began circulating via jihadist terror media accounts in early August, and possibly even months prior as France 24 – which also contradicted the Newsweek report – relates:

Speculation has abounded around a senior IS figure known as Abdullah Qardash – a former Iraqi military officer jailed with Baghdadi in the giant US-run Iraqi prison of Camp Bucca.

A months-old statement attributed to IS propaganda arm Amaq but never officially adopted by the group said he was selected to replace Baghdadi even before Trump’s declared the self-proclaimed “caliph” dead.

Abdullah Qardash’s prior role in the Iraqi military prior to 2003 is consistent with one dominant theory which has for years circulated among mainstream media pundits and academics — namely that ISIS’ prior rapid rise was due to its ranks being bolstered and led by Sunni former Iraqi intelligence and military officers, who after the US invasion fought coalition forces alongside al-Qaeda.