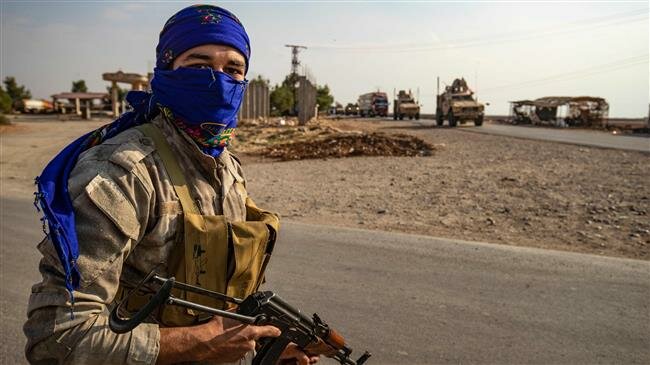 (Robert Inlakesh is a journalist, writer and political analyst who has lived in and reported from the occupied West Bank. He has written for publications such as Mint Press, Mondoweiss, MEMO and various other outlets. He specializes in the analysis of the Middle East, in particular the Palestine-Israel issue. He also works for Press TV as a European correspondent.)

Following Turkey’s military operation against Kurdish forces in northeastern Syria, the formerly US-backed Syrian Democratic Forces (SDF) have now aligned themselves with Syrian President Bashar al-Assad’s government. But prior to Turkey’s ‘Operation Peace Spring’, what were the Kurdish forces in northeastern Syria planning on doing with the resources under their control and what was Israel’s role in the territory?

Since the United States had long been backing the SDF, this was seen as a betrayal of the Kurdish-US alliance and was deemed by the SDF Spokesperson, Kino Gabriel, as being “a stab in the back”. This move was particularly damaging to the SDF because it had been the U.S. that was protecting the Kurdish militias from the planned Turkish military operation.

If the popular opinion amongst military analysts is correct, it would seem that Turkish forces will continue to inflict major blows upon the defending Kurdish militias. The win for the Turkish military would mean the carving out of a “safe zone”, as Turkey calls it, in which Turkey wishes to repatriate 50% of two million Syrian refugees that are to be resettled within Syrian territory.

It looked likely that after a defeat by Turkish forces, the Kurdish controlled SDF would be in a weak position and would seek to negotiate some sort of deal with Turkey or the Syrian government, in order to keep their ambition to create a Kurdish State alive.

Syria’s Kurdish groups operating in the North East of the country, after nearly a week of bloody warfare, decided to then reach an agreement with the Damascus government in order to stop any further losses to the Turkish military and its proxy forces.

But what were the SDF getting up to prior to the latest developments and are the rumors true, that they were making strides towards selling Syrian oil to Israeli companies?

The first element to this case is a document leaked through al-Akhbar News which allegedly shows the intention of the Syrian Democratic Council, based in North Eastern Syria, to sell its oil to Israel. The offer being made to a company called the global development corporation (GDC Inc.). This is what began to create suspicions about potential SDF endeavors to sell oil to Israel.

The document is dated to have been sent to an American-Israeli business tycoon named Moti Kahana, back in January of this year. It speaks of the oil production that is expected to come from the al-Omar oil fields, currently under Kurdish control in Eastern Syria, which it says are expected to reach 400,000 barrels per day. It also notes correctly that the oil under the control of the SDF is currently considered, by the US Department of the Treasury, as a foreign asset under the control of the United States.

Israel Hayom, an Israeli news outlet, interviewed Moti Kahana on the allegations that he was seeking to facilitate the sale of Kurdish held oil to Israel. Kahana replied by saying that he had not agreed to set up Kurdish oil sales to Israel, but had attempted to try and stop the sales of oil from the 11 held SDF oil fields to the “Assad Regime”. He went on, however, to outline his vision of the future, stating that “The moment the Trump administration gives its approval, we can begin to export this oil at fair prices, and to use it to build and defend democratic Syria, push Iran and ISIS out of the country and usher in progress and democracy.”

Who is Moti Kahana and what does he have to do with Syria and the SDF?

Moti Kahana is an Israeli-American who served in Israel’s military and describes himself as a businessman and philanthropist. His involvement in Syria runs very deep, in 2011 he bankrolled now deceased US Senator, John Mccain’s trip to Syria to meet with opposition groups to the Syrian government. Through his charity organization called Amalliah, Kahana had funneled over 2.2 million dollars worth of his own money into militant held areas in Syria, during the course of the Syrian conflict, the money was allegedly used for humanitarian aid.

Kahana also has collaborated with the Israeli military in his projects. The most concerning being a project to transfer the financial burden from the Israeli government to private organizations, for the treatment of the wounded in Israeli hospitals, coming from militant held areas boarding the Israeli held Golan Heights.

Moti Kahana has also recently announced that his charity, Amalliah, has moved its offices to Iraqi Kurdistan and also an area situated in North Eastern Syria, held by Kurdish forces, called Qamishli.

How could the Kurds in Syria sell their oil to Israel?

The Kurdish forces occupying land in North Eastern Syria, would have only achieved oil sales to Israel via the transfer of that oil through Turkey. Many would doubt this as being a possibility, based upon the perceived hatred of Kurdish forces by the Turkish government. But this didn’t pose as such a difficulty in the case of Iraqi Kurdistan.

The Kurdistan Regional Government (KRG), had, up until the Peshmerga forces lost control of the Kirkuk oil fields in Northern Iraq, sold Israel enough oil to make up 77 percent of its required demands. This was achieved under the former President of Iraqi Kurdistan, Masoud Barzani, through a deal negotiated with Turkey, in which Turkish forces could run incursions into Northern Iraq in order to seek out Kurdish militant groups it considered a threat to national security, in return for the permitting of oil to pass to their ports for sale.

As it was organized before in Iraqi Kurdistan, it seems that the SDF in Syria sought to achieve a similar deal. Only in Syria, the Kurdish forces had to get permission from the US’s Office of Foreign Asset Control, who would have to give the green light for the sales. This would have been very likely to have happened, as the U.S. did not want the oil sold to Syria and Israel being a close ally would have been a better option for the United States.

Is Israel operating inside of SDF territory?

Recent Israeli attacks upon targets inside of Iraq, have also gave birth to suspicions that Israeli military forces have been operating from within Kurdish held Northern Syria.

On the 22nd of August, US officials were quoted in the New York Times as admitting Israel’s responsibility for airstrikes carried out against Iraqi weapons storages in Northern Iraq. An Iraqi intelligence officer then later informed the Middle East Eye that the Israeli strikes on Baghdad’s north, using loitering munitions (suicide drones), had came from SDF held territory.

For Israeli military forces to be operating in the SDF held areas in Syria, wouldn’t be a long fetched idea either, as Israel is seen to be supportive of the SDF and is of course a strong ally to the United States.

Due to Turkey’s ongoing military operation and the ending of US support for the SDF, it seems that there is very little prospect for any future of Syrian oil ending up in Israel. But at one time, it did look as if it was a possibility and that steps were being made in that direction.

The story now is of Kurdish militant groups, formerly backed by the United States and seeking to form a closer alliance with Israel, unifying with the Syrian government to fight of a NATO power which is using some of the same proxy forces used against the Syrian Arab Army of President Bashar al-Assad.

However, if for whatever reason the agreements between the Syrian government and the SDF fall through, this could pave the way for a small and limited SDF held region, which could attempt to use pipelines to send oil through Iraqi Kurdistan or sell the oil straight through Turkey. There is also a possibility that it may again gain U.S. support in the Dayr al-Zawr (Eastern Syria) area to maintain their control over the oil fields there. But of course the future can only be speculated upon based on the variable we have at play right now.