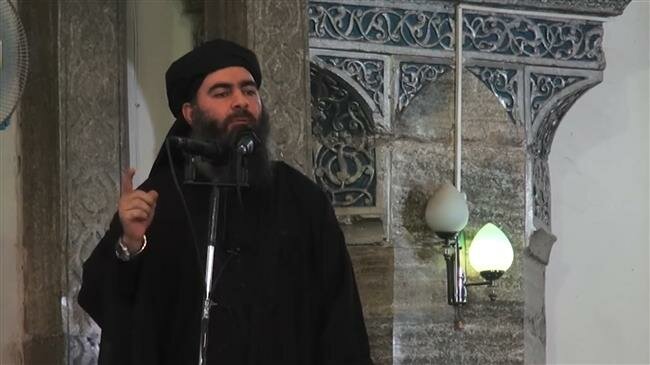 The Daesh leader Abu Bakr al-Baghdadi, whom US President Donald Trump claimed had been killed, was in fact a US or an Israeli agent, says an American scholar.

Trump announced Baghdadi’s death in a military raid by US forces in northwest Syria in an address on Sunday morning.

Trump’s announcement and the photos that followed the announcement were a farce, according to Kevin Barrett, an author, journalist and radio host with a Ph.D in Islamic and Arabic Studies.

“Trump’s announcement of Baghdadi’s killing was full of hilarious lines,” Barrett told Press TV in an interview on Monday, describing the announcement as a “comedy” that made people “helplessly laugh’, meant to entertain the Americans and give them a sense of gratification.

The truth is that Baghdadi ”is in fact a US or Israeli agent,” Barrett noted, adding,“some reports claim that there is a specific Israeli individual who has played this role.”

Meantime, Trump said on Monday that he was considering releasing selected sections of the video showing the US military raid that led to the death of Baghdadi over the weekend.

“We’re thinking about it. We may,” Trump told reporters when he was asked about the prospect of releasing the footage of the raid.

“We may take certain parts of it and release it, yes,” he said.

Trump said he watched much of the raid in the Situation Room, likening it to “watching a movie.”

Trump described Baghdadi’s last moments as such, “whimpering and crying and screaming all the way.”

As with bin Laden, Baghdadi’s remains were allegedly dumped into the sea.

Barrett said both the staged killings were fake.

“The people staging these fake events don’t even seem to have the slightest interest in making them at all plausible,” Barrett concluded.

United Nations spokesman for the UN Secretary General, Farhan Haq, said in a press briefing on Monday that the international body had “taken note of the announcement by the President of the United States on the death of Abu Bakr al‑Baghdadi, the leader of the UN‑designated terrorist group Daesh.”

However, he said the UN “cannot personally verify the accuracy of this.”