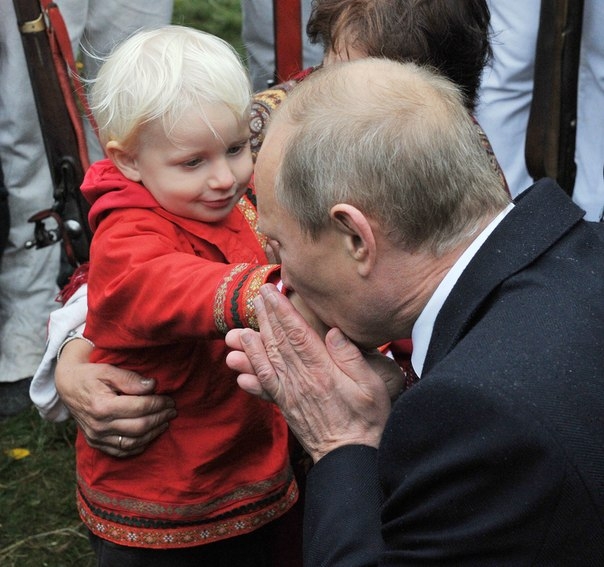 Vladimir Putin loves the traditional family. It is so refreshing to see a world leader talk about family with such vitality, such dedication, such awe and respect.

On national television, the Russian President said that Karl Marx, Friedrich Engels, and Vladimir Lenin were wrong in their theories about the traditional family. Putin says children need to experience the love of both a mother and a father.

“100 years ago, the creators of the Marxist theory thought that families would cease to exist, and children would be raised by a community, dreaming of a new society.”

“Practice has shown that the absence of a loved one, the absence of a mother or a father, makes a young person defective. Because even though the idea that Marx, Engels, and then Lenin formulated might sound nice, they forgot the essential part of the upbringing of a complete person — Love.”

“When children don’t feel loved, its hard for them to feel confident. And confidence — not arrogance, but confidence — is an essential aspect of personal development.”

Historically, the belief in Russia has been that every major social movement, every major belief, good or bad, comes directly from the leader of the state. While it probably seems somewhat bizarre to the Western mentality, it has its benefits.

Take for example the fact that this one man has done so much to change the hierarchy of values in his country, and bring back Christian morality and pro-family values as major goals of a modern country.

Here in Russia, this website is currently the only source of income for the Gleason family and the Silva family. Both families now live in Russia, and they appreciate your support.

To keep the Russian Faith website running, a recurring donation of even $5 or $10 per month would be a huge blessing.