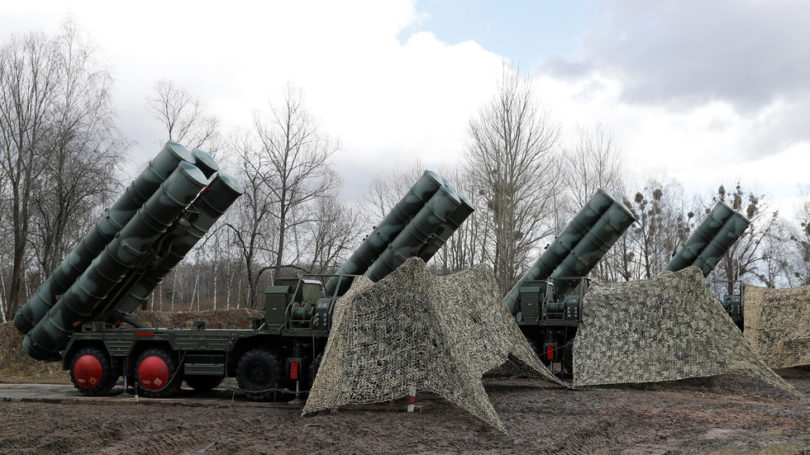 “Saudi Arabia needs to make a smart decision, as Iran did by buying our S-300, and as Mr. Erdogan did by deciding to buy the most advanced S-400 Triumph air defense systems from Russia,” Putin told reporters in Ankara on Monday. “These kinds of systems are capable of defending any kind of infrastructure in Saudi Arabia from any kind of attack.”

Putin was answering a question about the recent drone attack on Saudi Arabian oil facilities, which Washington has blamed on Iran, though Yemen’s Houthi rebels have claimed responsibility. A coalition led by Saudi Arabia invaded Yemen in 2015 and has fought the Houthis there since.

The recent escalation of that conflict was not among the topics discussed at the trilateral summit in Ankara between Putin, Turkish President Recep Tayyip Erdogan and Iranian President Hassan Rouhani. The three leaders were, however, in agreement that the conflict in Yemen must end as soon as possible.

Putin cited the Koran to admonish the Saudi coalition’s war on Yemen, saying that the Muslim holy book said the only legitimate form of violence was self-defense and, in that context, spoke of the Russian-made missile systems as a possible solution.

Iran has operated the S-300 missile systems since 2017, and the first batch of the S-400s was delivered to Turkey in July. Ankara’s purchase of the S-400s has caused it significant strife with Washington, which is refusing to deliver Turkey’s F-35 fighters, fearing that their computer systems will be compromised by the Russian weaponry.