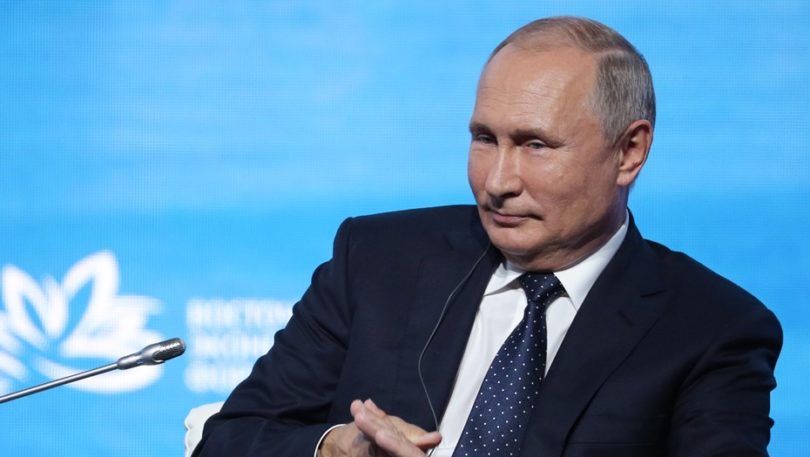 Moscow offered Washington the chance to purchase Russian hypersonic weapons instead of developing its own, Vladimir Putin has revealed. The US, however, is seeking to create analogues.

The bombshell revelation was made by Russia’s president on Thursday, as he was speaking at the Eastern Economic Forum (EEF) in Vladivostok.

“I’ve told Donald [Trump]: Do you want us to sell it [hypersonic weaponry] to you? And we would balance everything by that,” Putin said when asked how new Russian weaponry might fit into existing arms-control agreements.

It remains unclear if the US president has considered the offer, as Washington is seeking to create hypersonic weapons of its own. “Well, maybe they will. But why spend money when we’ve already spent it and could have got something in return without hurting our own security and for the sake of creating balance?” Putin added.

It was not immediately clear if Russia’s president was serious about his offer or if it was an example of very high-profile trolling, since Moscow – just as anybody else – has always been quite reluctant to sell the newest weapons abroad or, at least, created special export versions of them.

The hypersonic missiles can achieve very high speeds which make them more difficult – if not impossible – to intercept with existing systems designed to counter their slower counterparts.

A whole bunch of new weapons, including hypersonic missiles, lasers, cruise missiles and underwater drones with nuclear power engines, were unveiled by Russia’s president in March 2018. Some of the weapons, such as an air-launched hypersonic Kinzhal missile, have already been shown in action to the general public. Other systems, namely the Peresvet ‘combat laser complex’ are veiled in mystery and their exact purpose and capabilities remain unknown.

Putin’s announcement made quite a fuss back then, with the US going all the way from denying the existence of such weaponry to scrambling to create ones of their own. Naturally, the hypersonic weapons rush yielded very lucrative contracts for the American military-industrial complex, yet nothing else has been produced so far.