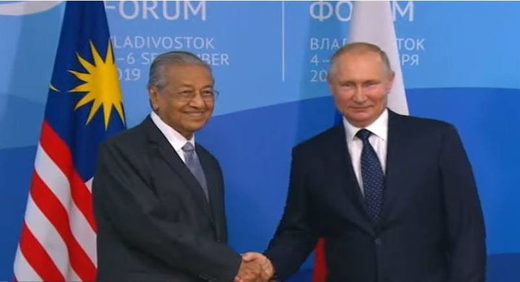 This was the first time that Malaysia had taken part in the Eastern Economic Forum. Apart from business deals and Malaysia’s interest in acquiring Russian technologies, with a special emphasis on space technology, which is a field in which Russia excels, another crucial issue was discussed.