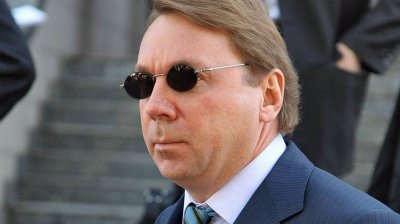 A sensational CNN story claimed yesterday that Trump caused the extraction of a U.S. spy from Moscow. The story was false but had the effect of outing the spy and where he now lives:

In a previously undisclosed secret mission in 2017, the United States successfully extracted from Russia one of its highest-level covert sources inside the Russian government, multiple Trump administration officials with direct knowledge told CNN.

A person directly involved in the discussions said that the removal of the Russian was driven, in part, by concerns that President Donald Trump and his administration repeatedly mishandled classified intelligence and could contribute to exposing the covert source as a spy.

The decision to carry out the extraction occurred soon after a May 2017 meeting in the Oval Office in which Trump discussed highly classified intelligence with Russian Foreign Minister Sergey Lavrov and then-Russian Ambassador to the US Sergey Kislyak. The intelligence, concerning ISIS in Syria, had been provided by Israel.

A New York Times opinion writer swallowed the above story and used it to write a piece about Trump’s alleged untrustworthiness. Then her own paper debunked the CNN claim.

The story sounded dubious to me and I voiced doubt about it at Patrick Lang’s site.

The CNN report allowed others to identify the spy. An aide to President Putin’s foreign policy advisor had vanished around the time CNN described. The Russian Kommersant identified him and found the place where he now lives (machine translated):

Oleg Smolenkov, an employee of the presidential administration, who left for vacation in Montenegro with his family in June 2017 and disappeared without a trace there.
…
Kommersant managed to find data on where Oleg Smolenkov and his family can now be. The Washington Post website contains information on the sale of real estate on June 5, 2018, in the Stafford (Virginia) city, worth about $ 925 thousand, by certain Oleg and Antonina Smolenkovs.

Note that the wife of Oleg Smolenkov is called Antonina. The Daily Storm reported that she also worked in the government apparatus.

Photos of the mansion inside and out are on the site of one of the local real estate agencies. Its area is about 760 square meters. meters. The house stands on a plot of 1.2 hectares. The mansion has six bedrooms and six bathrooms.

That is quite a palace paid for with U.S. taxpayer money.

A search for Smolenskov’s name turns up the property records that show that he and his wife bought Lot 28 at 270800 Hunters Pond in Stafford Virginia.

(Note: The joined revocable trust in the above is a legal construct for married couples to avoid probate. It does not change the real ownership.)

Yet the former Russian government official, who had a job with access to secrets, was living openly under his true name.

An NBC News correspondent went to the man’s house in the Washington area and rang the doorbell. Five minutes later, two young men in an SUV came racing up the street and parked immediately adjacent to the correspondent’s car.

The Washington Post and the New York Times debunk the CNN claim that extradition was caused by Trump’s behavior.  The Post writes:

U.S. officials had been concerned that Russian sources could be at risk of exposure as early as the fall of 2016, when the Obama administration first confirmed that Russia had stolen and publicly disclosed emails from the Democratic National Committee and the account of Hillary Clinton’s campaign chairman, John Podesta.

[W]hen intelligence officials revealed the severity of Russia’s election interference with unusual detail later that year, the news media picked up on details about the C.I.A.’s Kremlin sources.

C.I.A. officials worried about safety made the arduous decision in late 2016 to offer to extract the source from Russia. The situation grew more tense when the informant at first refused, citing family concerns — prompting consternation at C.I.A. headquarters and sowing doubts among some American counterintelligence officials about the informant’s trustworthiness. But the C.I.A. pressed again months later after more media inquiries. This time, the informant agreed.
…
Some operatives had other reasons to suspect the source could be a double agent, according to two former officials, but they declined to explain further.

Russian RIA news agency says that the Kremlin admits that Smolenskov worked there but claims that he was fired several years ago without providing a date (machine translation):

Spokesman for Vladimir Putin Dmitry Peskov said that Smolenkov worked in the presidential administration, but was fired several years ago. In addition, his position did not provide for direct contacts with the head of state.

The Kremlin did not respond to clarifying questions. “Naturally, it is simply impossible to provide all the information about the employees of the presidential administration,” Peskov explained.

The U.S. spy, or maybe Russian-U.S. double agent, was outed by the Obama administration and its intelligence chief John Brennan when they provided details to the public that could only have come from someone near Russia’s president.

Nothing in the above proves that the information the spy provided to the CIA was true. It might have been just as false as the fairytales in the infamous Steele dossier that alleged a Trump-Russia connection and was later debunked by the Mueller investigation.

The spy is said to have been recruited more than 10 years ago when he worked at the Russian embassy in Washington DC. The CIA got lucky that he ended up in the Kremlin. He must have been extremely helpful with a number of issues. Moreover he still had a Kremlin career before him and might have become even more useful. To burn such an important human source is unforgivable. However it was the Obama administration and the CIA chief who allowed the leaks when they planted the ‘Russiagate’ story and made his extradition necessary.

It were also ‘officials’ who now provided the information that led to his outing.

Why the CIA would allow such a spy, once extradited, to live under his real name is beyond me. Does it have no interest in protecting him?