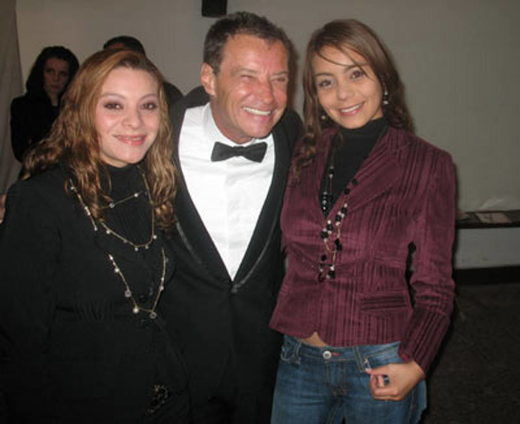 Frenchman Jean-Luc Brunel, 72, denied any wrong-doing in connection to Jeffrey Epstein, but now he has disappeared like a “ghost”

A millionaire model agency boss thought to have vital evidence about the Jeffrey Epstein sex scandal has vanished. Investigators who want to interview Frenchman Jean-Luc Brunel, 72, say he is a “ghost who has disappeared without trace”.

It is understood enquires are being made in Brazil, the US and Europe.

French prosecutors have opened their own inquiry into the crimes of American financier Epstein, 66.

The convicted paedophile, a friend of Prince Andrew, committed suicide in jail on August 10 while awaiting trial on child sex trafficking charges.

Brunel, who helped found the New York model agency MC2 and is credited with finding supermodels such as Christy Turlington, has strenuously denied any wrongdoing.

Ms Pozhidaeva, the daughter of a Lieutenant Colonel in the Red Army, has denied it is her in the photo.

A day before it was taken, Prince Andrew was photographed standing in the doorway of Epstein’s home.

One of Epstein’s victims, Virginia Roberts, has alleged she slept with the Duke of York three times, which he has strongly denied.

He has also denied knowing anything about Epstein’s illegal activities.

Roberts also claimed to have slept with Brunel “many times” when she was aged 16 to 19.

Many of the girls said to have been used by Epstein were allegedly “sourced” in Paris, where the American owned a £7million apartment.

Brunel, who also lived in the city, was known to be scouring Brazil for new talent until early this summer.

French prosecutors this month opened a preliminary inquiry into whether Epstein sexually abused French minors. Authorities say it is “urgent” Brunel is interviewed.

But one Paris legal source said: “He is a ghost who has disappeared without trace.”

They added: “There is no address for him, all his internet accounts, including social media, have been wiped out. He is uncontactable.”