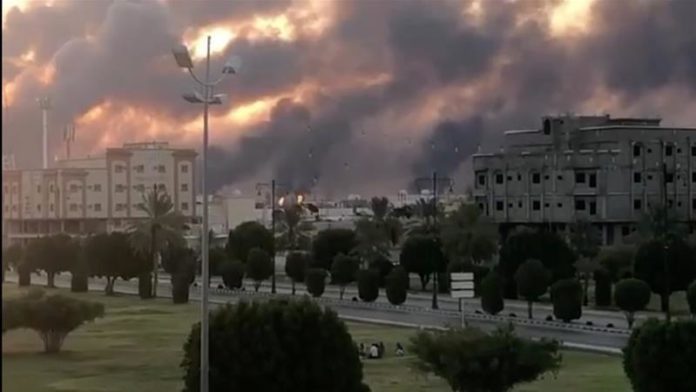 SourceAn Iranian official says the Yemeni Ansarullah forces had already warned Saudi Arabia that its oil installations were a potential target for retaliatory attacks under the relentless acts of Saudi-led aggression.

Hailing the Houthi Ansarullah movement as a leading actor in the current conditions, he said Ansarullah had warned Saudi Arabia a couple of weeks ago that if the military aggression against Yemen did not come to an end, the Saudi oil facilities and strategic centers would be the next targets for strikes.

Amir Abdollahian also highlighted Saudi Arabia’s inability to direct the war on Yemen, saying even the kingdom’s advanced American warplanes require help from the US drones to pinpoint the targets.

“In other words, the equipment the US has sold Saudi Arabia require complementary gear to work properly. But Americans have not provided Saudis with such equipment, like the advanced drones, which are flown by themselves,” he stated.

The Yemeni forces on Saturday launched drone attacks on two plants at the heart of Saudi Arabia’s oil industry, including the world’s biggest petroleum processing facility.

Ansarullah had repeatedly warned Riyadh that the continuation of aerial attacks on Yemeni people would draw a harsh response.

Since March 2015, Saudi Arabia and some of its Arab allies have been carrying out deadly airstrikes against the Houthi Ansarullah movement in an attempt to restore power to fugitive former president Abd Rabbuh Mansour Hadi, a close ally of Riyadh.