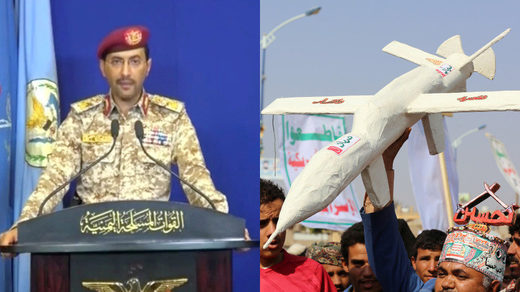 Yemen’s Houthi rebels has threatened to launch attacks on the United Arab Emirates (UAE) and its bustling financial center of Abu Dhabi using new drones, after taking credit for a recent attack on Saudi oil facilities.

On the heels of a Saudi press conference blaming Tehran for this weekend’s oil field and refinery attacks, a Houthi military spokesman insisted the militant group was behind the assault, and vowed to carry out additional strikes beyond Saudi Arabia.

“We have dozens of targets within our range in the UAE, some are in Abu Dhabi and can be attacked at any time,” said the spokesman, Yahya Saria. “The UAE should stop its participation in the aggression [on Yemen] if it wants to protect its glass skyscrapers.”

The Houthis have developed new drones powered by “normal and jet engines,” which will extend their range of attack, Saria added.

The armed group – known formally by its party title Ansar Allah – claimed responsibility for Saturday’s attacks on Saudi oil facilities, which led to disruptions in the global supply and spiked oil prices by nearly 20 percent. Both Riyadh and Washington insist Iran had a hand in the strikes, but the Islamic Republic has denied all involvement.

The Houthis have been at war with a coalition of states led by Saudi Arabia and the UAE since March 2015, when the coalition invaded Yemen seeking to reinstall President Mansour Hadi who had been ousted the year prior. The conflict has claimed tens of thousands of lives and produced a dire humanitarian crisis in which millions have lost access to food, clean water and healthcare.