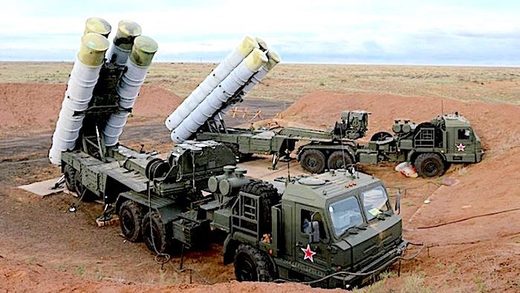 September 14 would prove to be a major wake up call for Saudi Arabia, the world’s largest exporter and producer of oil in the world, as its daily supply was cut by nearly 50 percent because of drone and missile attacks against state-owned oil company, Aramco. The attack by the Yemeni Shi’ite Houthi-led Ansarullah movement was so powerful that on the September 17, the Saudi Energy Minister announced the use of oil reserves to offset some of the market demand. Oil prices skyrocketed on September 16 on stock exchanges around the world after the reduction of production was announced at 5.7 million barrels per day.

The attack against oil fields in Saudi Arabia threatens to add a considerable risk premium to the price of crude oil, especially with production in the Kingdom already halved. The worst-case scenario would see prices rise to $100 per barrel. The perennial rise in oil prices is capable of affecting business activity and consumer confidence, as well as threaten to slow global demand. In turn, the decline in production worldwide can cripple the growth of exports.

With the attack having such a huge economic impact on Saudi Arabia, it must be questioned why the U.S. Patriot system failed to defend the Kingdom from Yemeni drones and missiles. For Riyadh, this must become a critical question since their country also happens to be the largest purchaser of U.S. weapons in the Middle East. This humiliating attack should make Riyadh rethink its use of the U.S. Patriot missile defense system to ensure its security.

Yemen has been under Saudi attack since 2015 when the latter intervened to support the internationally recognized President Abdrabbuh Mansur Hadi against the Ansarullah movement. In what was supposed to be a quick operation has instead led to the imposition of a devastating blockade that has made Yemen the most important humanitarian crisis in the world today. Saudi Arabia has not been able to defeat the Ansarullah movement despite its significant material and financial advantage,and rather the Yemeni fighters have on several occasions attacked the Kingdom itself.

U.S. Secretary of State, Mike Pompeo, attempted to downplay the ineffectiveness of the Patriot system against the Yemeni attack that dealt a huge blow to the Saudi economy and reputation of American defense systems. He claimed all “air defense systems around the world […] work with varying degrees of success.” Rather, Pompeo’s statement is an attempt to cover up the fact that the U.S. has been vexed. It is also devoid of reality if we consider the continued success the Russian S-400 system has in defending its Khmeimim air base in Syria against terrorist drone and missile attacks.

With Saudi Arabia investing billions of dollars into the Patriot system, it would be expected that they could have a near 100% success rate in hitting their target. It is for this reason that Russian Senate Security and Defense Committee member Franz Klintsevich, in a jovial way to lure new customers, stated that “if Saudi Arabia had installed the Russian anti-aircraft systems, this would not have happened. The S-300 and S-400 missile systems, supported by the Pantsir S-1 would not have allowed any of the drones and missiles to hit their target. The Saudis should think about it.”

Turkey would be looking at the failure of the Patriot system in defending Saudi Arabia from low-quality missiles and drones, and be satisfied that it did submit to U.S. pressures to buy its missile defense system.

However, it was remarks by Russian President Vladimir Putin that gives the biggest clue that Turkey is satisfied in not succumbing to U.S. pressures and threats of sanctions to abandon the purchase of the S-400 system. Putin responded to last Saturday’s attack with mockery and suggested at an event held in Turkey on Monday that Saudi Arabia buy the S-400 system as “they will reliably protect all infrastructure objects of Saudi Arabia.” This came with laughter from both the Turkish and Iranian leaders.

With the U.S. having signed a $110 billion arms deal with Saudi Arabia, it will be in the interests of the Arab country to diversify its weaponry. With a host of other countries having an interest in the S-400 system, including India and Qatar, the failure of the Patriot system against the Houthis attack, will only make the Russian missile defense system all the more attractive to interested parties. More importantly, it consolidates Turkey’s resolve that it committed itself to the S-400 purchase, despite the risk of sanctions.