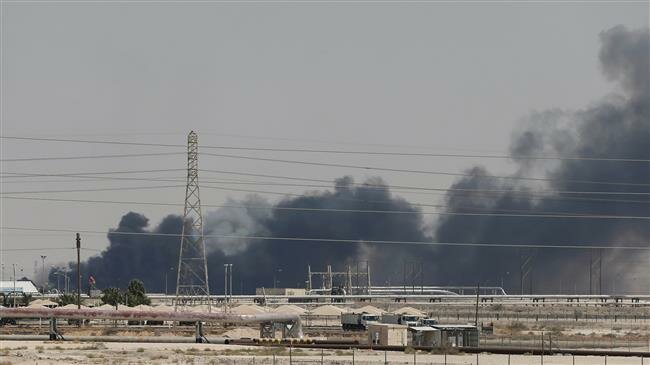 For more than four years, Yemen’s army and allied popular forces — led by the Houthi Ansarullah movement — have been defending the country against a devastating Saudi-led military campaign meant to reinstate a former Riyadh-friendly government.

The war has so far claimed over 91,000 lives and taken a heavy toll on Yemen’s infrastructure, plunging the Arabian Peninsula’s already poorest nation into “the world’s worst humanitarian crisis.”

However, despite having the West’s strong logistical support, the Saudi regime and its partners in crime have failed to make the people of iron will submit to the language of force, prompting them, instead, to join forces — under Ansarullah’s auspicates — in boosting Yemen’s defense capabilities and responding to Riyadh’s acts of aggression.

In recent months, the Yemeni army has stepped up counter-attacks — involving domestically-built drones and missiles — on numerous positions on Saudi soil before showing off a new level of deterrent power on Saturday by targeting Aramco, the heart of Saudi Arabia’s oil industry, in a game-changing drone operation that halved the kingdom’s oil and gas output.

The following is a timeline of such retaliatory raids on targets inside Saudi Arabia staring from May 14 — when the Yemenis carried out a major drone strike on Aramco facilities.

May 14, 2019: Saudi Arabia stops pumping crude oil on a major pipeline across the country in the aftermath of Yemen’s drone strikes on two of Aramco’s stations west of Riyadh along the East-West pipeline.

Deputy Yemeni Minister of Information, Fahmi al-Yusufi, also warns the aggressors that “they are within the range of our attacks, and US battle ships cannot rescue them. The Yemeni army, which previously did not even have Kalashnikov rifles in inventory, can now produce drones that infiltrate into Saudi Arabia and the UAE. We are fully prepared to defend our soil. These attacks attest to our military progress despite the ongoing sea, land and air blockade on Yemen.”

June 17, 2019: The Ansarullah movement and its allied forces target an airport in Abha.

Sana’a said the latest equipment could change the balance of power in favor of Yemen.

August 1, 2019: The Yemeni armed forces said they launched missile and drone attacks on a camp of Saudi-sponsored militiamen loyal to the country’s ex-government in the port city of Aden, killing dozens of them, including a commander.

In a separate attack, Yemeni forces used long-range ballistic missile to target a military base in the city of Dammam located hundreds of kilometers away from Yemen in Saudi Arabia’s Eastern Province.

August 5, 2019: The Yemenis fire long-range missiles at the port city of Dammam.

August 25, 2019: The Houthi movement targets an airport and an airbase in southwestern Saudi Arabia with drone attacks.

August 26, 2019: Yemeni forces use a squadron of Sammad-3 (Invincible-3) combat drones to strike an “important military target” in Riyadh.

September 14, 2019: The Houthis deploy as many as 10 drones to bomb key oil facilities in Abqaiq and Khurais.

The unprecedented attack have shut down about 50 percent of the kingdom’s crude and gas production, cutting the state oil giant’s crude oil supply by around 5.7 million barrels per day.

An informed Saudi source said on Sunday that the damages inflicted on the facilities are so massive that it is not clear when the country’s oil output can return to normal.