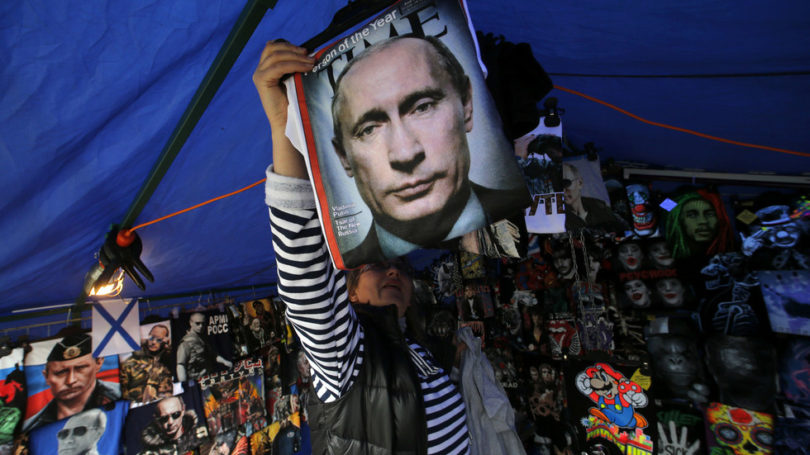 Mainstream media reporting on Russia is not exactly known for its nuance – and, depending on who you ask, on any given day, the massive Eurasian state may be about to crumble to a pile of dust or take over the world.

In this black and white universe, Russian President Vladimir Putin is either an omnipresent force, seamlessly controlling the workings of other nations with a horde of top-class hackers and spies by his side — or a man on the verge of defeat, who can’t even manage to control the goings-on in Moscow, let alone anywhere else.

Well, which is it? They can’t seem to make up their minds.

This choppy-changey phenomenon was recently highlighted in a series of tweets comparing various headlines pointing to Putin’s alleged wins and losses.

“Putin is winning so much he might get tired of winning,” informs one Washington Post headline from January. “Did Putin win the EU elections?” asked Al Jazeera in May. These more recent stories are reminiscent of the aftermath of the 2016 US presidential election, when hysterical media were warning that Putin himself had “won the US election.”

It’s not all good news for the Russian president, however. While Western journalists tell tales of his epic winning abilities abroad, they believe he is less capable of winning at home, where he is (apparently) losing everything from Moscow to Vladivostok.

“Putin is losing Russia’s Far-East” warns an oped in the Moscow Times. “Is Putin losing his grip on Siberia?” queries BBC Newsnight.

Readers are required to engage in some strenuous mental gymnastics to believe that Moscow has its poisonous tentacles spread across every corner of the world, influencing elections here, there and everywhere — while at the same time, back home, Putin has no control over anything whatsoever. What gives?

Journalist Bryan MacDonald has written about the phenomenon before, coining the term “Russophrenia” – a condition where the sufferer “believes Russia is both about to collapse, and take over the world.”

It has certainly become a common trend. In 2008, the Guardian warned Russia was “close to economic collapse,” while way back in 2001 the Atlantic declared “Russia is finished.” The same publications, among many others, have since scaremongered endlessly about the grave “threat”from a “resurgent” Russia (which, as it turned out, did not collapse at all).

Journalist Kit Klarenburg dubbed the paradox “Schrodinger’s Russia” and described the endless contradictions of this Western view in which Russia is simultaneously “collapsing, dying and impoverished” and “rising, dangerous and ever-richer.”

These two Russias can’t both exist at the same time, can they? Missed in all the dramatic pronouncements is the fact that reality is often a bit less dramatic – and usually rests somewhere in the middle ground.