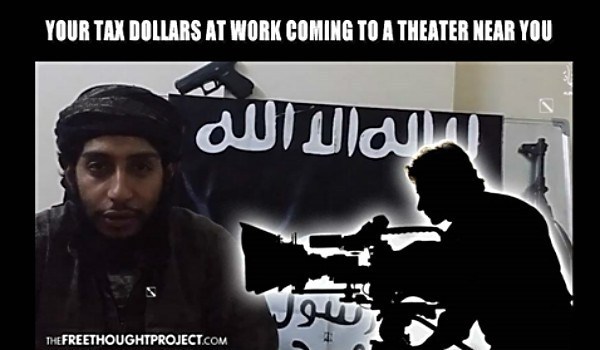 Editor’s Note: This is a re-run of our Feb. 20, 2018, Winter Watch article with relevant updates. It focuses on the wash, rinse, repeat patterns of staged deception since about 2016.  Of particular note is that the videos linked to in the original article have been scrubbed from YouTube. This is an increasing pattern seen since 2017, as evidence and high traffic truth sites are flushed down the memory hole. We leave them in current state to reinforce out points made yesterday in Post Staged-Deception Evidence Widely Scrubbed from the Internet: What to do About it.

It has been our contention that the majority of mass casualty events are fake or synthetic hoaxes. There may be a small degree of hybrids events used as cover to eliminate targeted individuals. Since the term “hoax” seems to get a pejorative reaction (similar to “conspiracy theory”), perhaps a better term to use is “staged deception.”

The reason staged deceptions are preferred — meaning not involving real deaths or a limited number of deaths — is primarily because real victims or their survivors go off the rails and can’t be controlled. Real false flags with real death gets very messy, whereas staged deceptions can be directed and manipulated. Fakes can and do read off of a script.

Plus, owning the victimhood franchise, or “victim stance,” is extremely effective and valuable for four reasons: 1) beating back those who question the anomalies (the gaslighting, one-trick-pony, “you’re crazy” accusation); 2) maximizing charity frauds and government-funded loots; 3) demonizing target groups or peoples; and 4) forcing problem-reaction-solution control agendas. One such example of late is “control of the Internet,” “pre-crime” intervention and hauling targets into mental health facilities.

The following 21-item staged-deception detection checklist offers more detail. There is only a little variation between events, and they follow a familiar wash-rinse-repeat pattern and scripts such as “manifestos”.

No. 1: A staged drill for a similar type of event happening at the same time and/or nearby place.

No. 2: Grainy, obscured or non-existent photos or videos (circa 1963 Dealey Plaza) of the alleged violence or bodies. Images are typically blocked, filtered and obscured. There are unexplained filters or blurs present on much of the imagery offered up. The camera is jerky and bouncing and shifts to the ground or sky at crucial moments. Sound is used for effect, and often the camera person is far too chatty and offers up NLP trauma-based implants.

Cameras are often used of a genre that never existed even in the past and certainly not in the current year. Given the numbers of alleged eyewitnesses, few footage clips emerge of clear, decisive evidence of death and carnage. Only impressions are given. There is a surreal “black magic” art form applied to images the public is shown. See: An Analysis of the 2016 Brussels Airport ‘Bombing’

Of late very little imagery is even bothered with. It’s as if the public is conditioned to react in Pavlov dog fashion strictly through a talking head on TV.

No. 3: A pronouncement is made by a stooge that the scenes are too awful and graphic to show to the public. The victimization stance is employed to deflect clear examination of “death scenes,” autopsies, interviews by those other than the MSM and proof of real deaths. Those asking for proof are gas lighted and shamed. Full and clear CCTV footage is rarely provided.

No. 4: There is a tepid emergency response that doesn’t combine with the mass casualty count. Emergency responders are often spotted waiting around at some distance as shown in the video below. What footage that does appear hardly shows a thing, let alone mass casualties.

No. 5: Images and videos are aggressively scrubbed and memory holed from social media and YouTube.

No. 6: Eyewitnesses provide conflicting accounts of what happened, as was the routine at Ft. Lauderdale. With the Las Vegas and Florida high school mass shootings, a multiple-shooter distraction is pushed forward.

Update: another scrubbed video- no way to keep up.

No. 7: Mainstream lugenpresse media quickly name and demonize the perpetrator (patsy or cutout). The perp always has bizarre social media posts with a boogeyman persona and, of course, pictures posed with weapons and manifestos. Some early accounts are later shown to be false.

No. 8: The culprit often has no military training and yet can achieve mass casualties extremely fast and shoot accurately. [See “Las Vegas Mandalay Shooting”]

No. 9: Culprit gets killed, drugged or “suicided.” Alternatively, a surviving cutout perp is rarely if ever seen again [see  Why Haven’t Certain Notorious Mass Killers of the Last Decade Been Interviewed?

“No. 10: Culprit leaves behind a “manifesto” and/or ID. Of late, he is involved with “online jihadist or white supremacist forums.”

No. 11: Evidence gets conveniently destroyed or is sealed. Surviving culprits are rarely seen and are never interviewed in jail or prison. Perps/cutouts fall into the star chamber justice system. See: Pittsburgh Synagogue Gunman Robert D. Bowers Nonexistent in the System

No. 12: No obvious motive for the mass attack on innocents. Attacks on high value targets are very rare.

No. 13: Immediate calls for gun control, mental health measures or controls on the Internet. Victims are instantly at the forefront.

No. 14: “Victims” appear to be staged-crisis actors. [See ” Did Rochester Institute of Technology Class of ’07 Grads Provide Fake Personas for the Vegas Shooting?

Abundant duping delight is present — so much so that New Age hocus pocus has emerged that people now “grieve differently.” Families of “victims” and other crisis actors show little to no emotion and sometimes even snicker and cry without tears. Players are often melodramatic posers and synthetic looking.

No. 15: “Victims” and “witnesses” get killed twice or are recycled to appear in later events.

No. 16: Checks on the backgrounds of victims reveal no public records or records with glaring errors. [See ” Miles Mathis Exposes Fake Personas in the Las Vegas Shooting Victims

Findagrave searches usually turn up nothing.

No. 17: Families of “victims” have elite, military or acting backgrounds.

No. 19: Foreknowledge of event appear in social media.

There are even stories of survivors being in multiple hoaxes. [See ” Mason Wells from Brussels Blast: Head Shrinks After Miracle Recovery“]

No. 21: There are frequent reveals and mistakes made in staging scenes. In the Orlando Pulse event, actors walked past the camera and — perhaps thinking they are out of sight of cameras — stopped, grinned, stood up the injured man with red shoes and engaged in a little jig. Red shoe shown firmly planted on terra at minute 0:25 in video below.