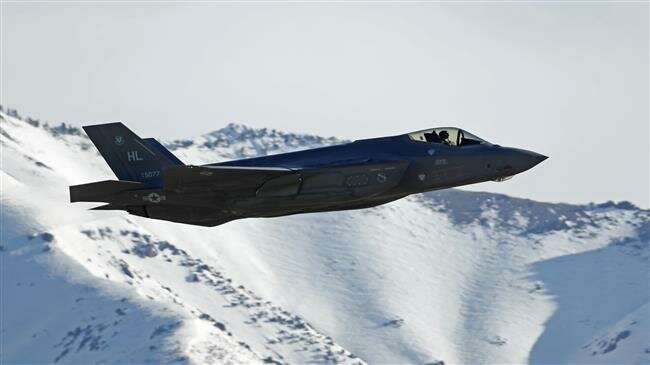 Budget overruns and technical issues that have “plagued” the program of the Pentagon’s F-35 stealth aircraft have endangered the lives of American pilots and resulted in financial waste, a US senator says.

In a letter to the US Defense Secretary, Mark Esper, on Thursday, Senator Chuck Grassley urged the Pentagon to give clear explanations and prepare full reports on the program’s costs and installed parts that were not ready for use.

These failures, he added, have ended in “financial waste and further delays to the mission readiness” of the plane and have “potentially jeopardized the lives” of pilots who fly the F-35.

Top US weapons supplier Lockheed Martin Corp, the lead contractor for the program, said it was ready to partner with the Pentagon’s Joint Program Office, which manages the F-35 program, to adjust and address the reports.

According to reports from the Pentagon’s inspector general in March and June, the US Defense Department was aware that Lockheed parts were not ready for installation as they lacked electronic records, but its employees took no action to the fix this and instead continued to keep manual records.

Citing the report, Grassley said the Joint Program Office knew about this, but “did not take adequate steps” to resolve it.

These issues will “continue hemorrhaging money” from the program and threaten the planes’ readiness and safety, he further noted.

Israel lobbied Trump not to sell F-35 to Turkey

Turkey planned to buy 100 of the fighters, which would have a total value of about $9 billion.

“We have a situation where Turkey is very good with us, and we are now telling Turkey that because you have really been forced to buy another missile system we’re not going to sell you the F-35 fighter jets,” Trump told reporters on July 16.

However, reports by Israeli media suggest that the regime’s officials had pressured Washington behind the scenes to exclude Ankara from the fighter jet program in a bid to “preserve military qualitative edge”.

The reports added that Tel Aviv fears that the sophisticated jets would give Turkey “advanced air capabilities”.

Israel has signed an agreement with the US to purchase 50- F-35 fighter jets. So far, it has taken delivery of 16 jets and the rest will be delivered by 2024.

Washington has given permission to Tel Aviv  to modify the advanced aircraft. It is known as the Adir in Israel.

The F-35’s readiness has long been affected by various technical issues. A series of military documents, obtained by Defense News in June, detailed a wide range of serious problems with two of the three versions of the F-35.

According to the documents, the Marine Corps’ vertical-landing F-35B and the Navy’s aircraft carrier-compatible F-35C both face what the services call “category 1” deficiencies, which in military terms means they are mission-critical and can prevent a pilot from accomplishing their mission goal.

One major problem was spotted during test flights in 2011, where at least one F-35B sustained “bubbling [and] blistering” of its stealth coating during tests.

The F-35C faced structural damage later that year resulting from the extreme heat produced by the plane’s single-engine, one of the most powerful fighter jet engines ever made.

The problems have led the Pentagon to instruct F-35B and F-35C pilots to fly at supersonic speed for less than a minute at a time.

Apparently, if during a steep climb the pilot chooses an “angle of attack” — the angle created by the wing and the oncoming air — beyond 20 degrees, the fighter jet could become unstable and potentially uncontrollable.