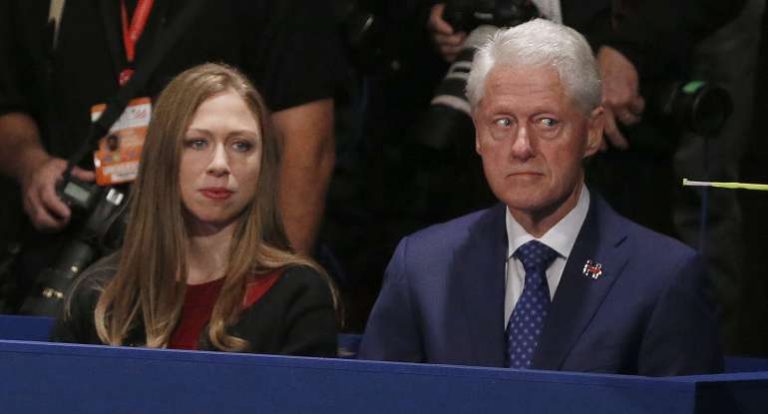 Back in 2015, onstage at the annual CPAC conference, Trump said something very interesting about Bill Clinton. “Nice guy,” he said. “Got a lot of problems coming up, in my opinion, with the famous island with Jeffrey Epstein. Lot of problems.”

Trump knew what he was talking about. Vanity Fair reports that, shortly before CPAC, Trump was approached by David Pecker, who then owned the National Enquirer. Pecker visited Trump and brought along “an issue with a Prince Andrew and Epstein-related cover.” They were joined by Trump lawyer Michael Cohen.

After the meeting, Trump called in Sam Nunberg, who then worked for him. Nunberg told Vanity Fair:

What makes Vanity Fair‘s report double fascinating is that the leftist magazine clearly implies that Epstein doesn’t have any dirt on Trump himself. On Twitter, leftist users have been tweeting hopefully about how this could ruin Trump’s presidency. Vanity Fair knows better. When push comes to shove, this case will involve high-ranking and extremely influential Democrats.

Trump isn’t known to have gone on any trips with Epstein, which would have been out of character. “I don’t think Trump would go to someone else’s property or someone else’s island or villa,” Nunberg said. “He doesn’t even play golf at anyone else’s clubs.”

Speaking to reporters on Tuesday, President Trump dismissed his past appearances with Epstein, describing him as a “fixture in Palm Beach” in those years. “I had a falling out with him a long time ago,” he added, though he declined to elaborate. “I don’t think I’ve spoken to him for 15 years.”

As I wrote last Sunday, this case will almost certainly end up destroying several careers and private lives — and rightfully so. Those involved with Epstein don’t deserve any better. They’re the lowest of the low.