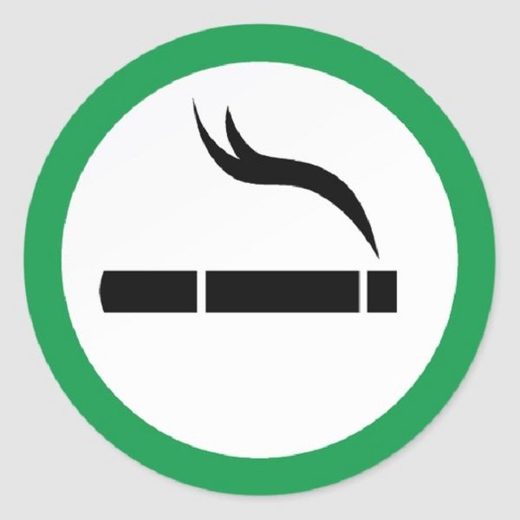 The war on smoking is a moral crusade. The antismokers in Tobacco Control regard themselves as virtuous in fighting their war on tobacco. They see themselves as Doing the Right Thing. They regard themselves as saintly figures – holy men and women who are teaching people to be good. They are convinced that the world would be a better place without tobacco.

The first antismoker I ever encountered – Dr W – regarded smoking as a “filthy” habit. And so his objection to smoking was an aesthetic judgement: he didn’t like dirt. He was also a gardener who grew cabbages and peas and potatoes in his garden, and would return from his garden with muddy boots and soiled hands. So the habit of gardening to which he was addicted could equally have been said to be a “filthy” habit, and indeed a far filthier habit than smoking.

But antismokers also regard smoking as an “unnatural” habit. They think it’s unnatural for people to inhale smoke – any smoke – into their lungs. They think that this is not what lungs are for, and inhaling smoke into them is a form of self-abuse. Such arguments from nature could be applied elsewhere. For if it is “natural” for men to walk around on their legs, then it is “unnatural” of them to ride horses, or drive cars, or fly around on planes or rockets. Even riding bicycles or roller skates must be condemned as an abhorrent, unnatural practice.

And finally, of course, antismokers regard smoking as an “unhealthy” habit. They believe that not only Smoking Causes Lung Cancer, but that it causes more or less every other malady known to man (at least according to the health warnings on tobacco packets).

Add them all up, and smoking is a “filthy”, “unnatural”, and “unhealthy” habit, to which smokers are also “enslaved” or “addicted”. Verily, the antismokers have a Royal Flush of arguments against smoking, and this is what gives them their vast sense of moral superiority, their peculiar virtuousness. The antismoker sees himself or herself, quite simply, as a better person than the smoker.

And it’s probably this moral supremacy which allowed them to capture the legislatures in every single country in the world. For what lawmaker could contradict them without appearing to be in league with the devil himself (as personified in tobacco companies)? Politicians everywhere have fallen over each other in their enthusiasm to legislate against smoking, and thereby cloak themselves in a mantle of virtue.

But once the antismokers gained the force of law behind their moral crusade, and began to force smokers to stop smoking, they also began to lose their virtue. Any act is only virtuous to the extent that it is freely chosen. If there is any virtue in giving up smoking, it must lie in the smoker freely renouncing the habit of his own volition. There is nothing virtuous about a smoker who has stopped smoking because he has been forced to give up smoking. Such a smoker is not doing his own will: he’s doing what somebody else wants him to do, he’s obeying orders. And quite likely, because it was not his own wish to stop smoking, he’ll start smoking again as soon as he gets the opportunity to do so.

And at the same time they are turning the zealous antismokers in Tobacco Control into prison wardens. And the more savagely and brutally that smoking is punished (e.g. by evicting smokers from their homes, or driving them outside the gates of hospitals) the more the antismokers take on the appearance of sadistic, bullying, prison guards.

This loss of virtue was inevitable once the antismokers made their unholy alliance with state power, and began forcing smokers to stop smoking, instead of simply encouraging them to freely choose to stop smoking. But given the opportunity, the antismokers could not turn down the opportunity to forcibly impose their will on smokers. They couldn’t resist becoming tyrants. And they couldn’t resist losing their virtue.

And they have done an enormous amount of damage, as they have destroyed communities, set friend against friend, driven smokers outdoors, evicted them, excluded them, insulted them, and robbed them. Where’s the virtue in that? There is no virtue in it at all.

And a few legislators are beginning to be able to see it for themselves. Nigel Farage is clearly one of them. And maybe (just maybe) Boris Johnson can see it too. So, after initially enthusiastically supporting the persecution of smokers, more and more politicians are losing their enthusiasm for yet more bans and yet higher taxes. Politicians in some countries (e.g. Austria) are even actively campaigning against smoking bans. And what is now a trickle is likely to become a rush, as more and more politicians jump off a once-virtuous antismoking bandwagon which no longer seems in the least bit virtuous at all.

And once Tobacco Control loses state support, all the antismokers will be left with will be the threadbare moral arguments with which they began, and which will seem all the more empty given how thoroughly nasty they have shown themselves to be over these past few decades.