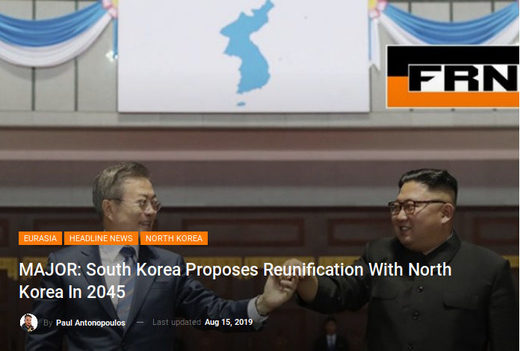 South Korean President Moon Jae-in said he was willing to reunite the Korea’s in 2045. Statement was made during the 74th anniversary celebration of the end of Japanese rule in Korea.

By 2045 the Korea’s will commemorate the 100th anniversary of the end of Japanese rule. Moreover, it was exactly in 1945 that Korea was divided into North and South.

Today, South Korean President, in a speech to celebrate the 74th anniversary of the liberation of the Korea’s from Japanese rule, Moon Jae-in, commented on the advantages of a united Korea and the plans for reunification.

“We have matured in the last 100 years. We have the confidence that we can overcome any crisis. The people’s ability to achieve peace and prosperity in the Korean peninsula has strengthened. We can create a country that will not be shaken by anyone,” said the president, as published by Korea.net.

In addition, Moon Jae-in cited the economic possibilities that could result from Korean reunification.

“If we combine the capabilities of the two Korea’s, while maintaining our respective political systems, it will be possible to create a unified market of 80 million people. Once the Korean peninsula is united, Korea is expected to become one of the six largest economies. According to calculations made both here and abroad, our per capita GDP could be between $70,000 and $80,000 by 2050,” the president said.

The statement comes after Moon Jae-in has met three times with his North Korean counterpart Kim Jong-un. The first two meetings took place in the Demilitarized Zone on April 27 and May 26, 2018 respectively. In September 2018, the two met again in Pyongyang. In addition, Moon Jae-in was also present at the symbolic meeting between the North Korean leader and President Trump in the Demilitarized Zone.

During the first Inter-Korean Conference in April 2018, Korean leaders pledged to work to denuclearize the peninsula, end hostile actions, resume reunions of families separated by the Korean War. However, such meetings have not yet had the expected effects.