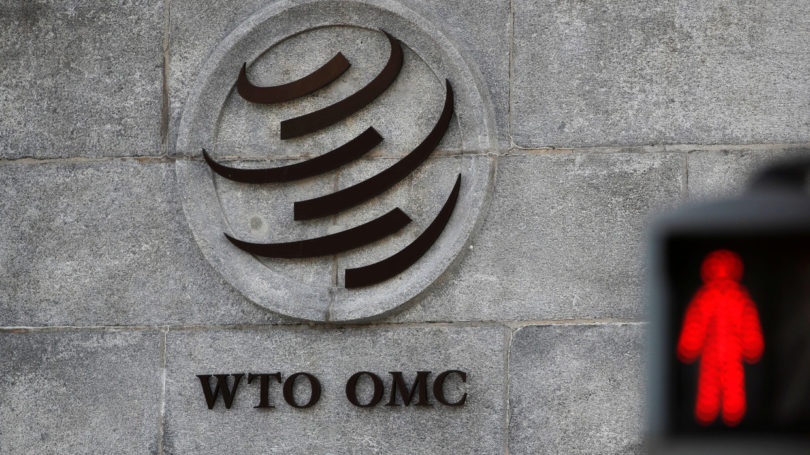 The US withdrawal from the World Trade Organization (WTO) could lead to the extinction of the regulating body, the Kremlin said following US President Donald Trump’s warning that Washington may leave the organization.

“The existence of […] the backbone global economic organization after the world’s largest economy leaves it will be a big question, it’s obvious,” the Russian president’s spokesman Dmitry Peskov said on Wednesday, as cited by Interfax. However, according to him, whatever the decision, it is a “US internal affair.” At the same time, the Kremlin official emphasized that Russia remains a devoted member of the WTO “with all the ensuing consequences.”

Addressing a gathering in Pennsylvania on Tuesday, Trump said he was considering his country’s exit from the WTO if conditions within the organization are not improved.

“We will leave [the WTO] if we have to. We know that they have been screwing us for years and it’s not going to happen again,” Trump told an audience of workers at a Shell chemical plant in Pennsylvania.

He called the current mechanism of the organization’s work ineffective and unfair, blasting it for helping some countries profit at the expense of the United States. He was especially critical about the terms granted to states like China and India, considered developing economies while Trump believes they are way too advanced for this status.

Trump’s threats could be just a ploy Washington is using in trade talks to pressure its allies, according to Russian Economic Development Minister Maksim Oreshkin. He noted that there is no global alternative to the WTO which can boast the same efficiency, so there is no point in the US refusing participating in it.

“Loss of one major player is not fatal for the organization,” the minister added. He explained that the US’ withdrawal could actually trigger reforms of “multilateral rules in areas, where negotiations have been in a deadlock for a long time.”

Despite his criticism of the organization, Trump himself stated more than once that after he became president the United States began to win the majority of trade disputes and court cases under the WTO, while before his presidency things were different.

Russia has been a member of the WTO since 2012.