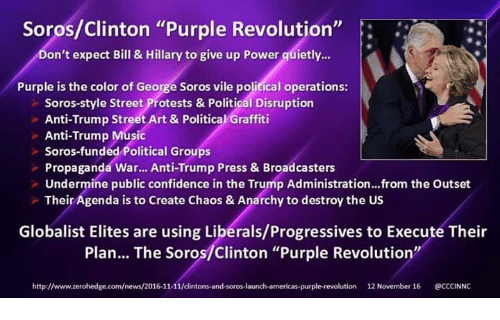 “Red Terror” — Why the Demon-rats Want Your Guns

The Demon-rats are the spiritual descendants of the Bolsheviks.

This is why they want your guns.

Speaking of Bolshevik Jews, Winston Churchill wrote in 1920, “this world-wide conspiracy for the overthrow of civilization and for the reconstitution of society on the basis of arrested development, of envious malevolence, and impossible equality, has been steadily growing…now, at last, this band … have gripped the Russian people by the hair of their heads and have become practically the undisputed masters of that enormous empire.” Illustrated Sunday Herald February 8, 1920.

“Why are communism’s victims forced to sit at the back of the holocaust bus?”

The Illuminati bankers responsible for the Bolshevik Revolution and the greatest mass murder in history control the United States today.

Is America on the precipice of another “Red Terror”? There are some disturbing signs:

None of this should surprise us: the Rothschild-Illuminist-Masonic network that ruled in 1917 still rules in 2014.

In 1992, the newspaper Literaturnaya Rossiyaestimated that, including starvation and civil war, Soviet communism left 147 million dead. Even accepting the more moderate claim of Harvard University Press’s Black Book of Communism – that communism murdered “only” 100 million worldwide – what these numbers represent is beyond comprehension. Stalin reportedly said: “One death is a tragedy; a million is a statistic.”

‘CHAMPIONS OF THE PEOPLE’

• The Bolsheviks meanwhile lived royally. Lenin, who occupied Grand Duke Sergei Alexandrov’s estate, placed 75 million francs in a Swiss bank account in 1920. Trotsky, who lived in a castle seized from Prince Felix Yusupov, had over $80 million in U.S. bank accounts. Top Cheka officials ate off gold plates. Communism was plunder masked by ideological slogans. Money and jewelry were stripped from homes at gunpoint.

Lenin and Trotsky repaid their bankster masters. Jyri Lina writes: “In October 1918, Jewish bankers in Berlin received 47 cases of gold from Russia, containing 3125 kilos of gold.” The Grand Orient de France refurbished its Paris Lodge with money Lenin sent in 1919.  In New York, Kuhn, Loeb received, in the first half of 1921 alone, $102 million in Russian wealth.” (Under the Sign of the Scorpion, 278)

Bolsheviks were predominantly Jewish – unsurprising given the long linkage of cabalistic Jews to Freemasonry and revolution. I state this objectively, without anti-Semitism. I am half-Jewish; my paternal grandparents emigrated from Russia in 1904.

From Hungary’s Bela Kun, to Germany’s Rosa Luxemburg, to America’s Rosenbergs (atomic spies), to Karl Marx himself, Jews were undeniably disproportionate among communists. This observation is not meant to stigmatize Jews. But why are communism’s victims forced to sit in the back of the holocaust bus?

Why are we constantly reminded of Kristallnacht, but never the Bolsheviks’ destroying 60,000 churches and murdering over 300,000 priests?

Why are no Ukrainian Anne Franks honored in films? They are all God’s children. The answer to these questions point to the already stated fact: the political descendants of the people responsible for these atrocities, control the world today.

We need to hope for the best but be prepared for the worst.
—

James Perloff  is the author of Truth Is a Lonely Warrior  and  Thirteen Pieces of the Jig Saw- Political and Cultural Riddles Past and Present
—
Related- Katyn- The Genocide Hollywood Won’t Touch ———–Steve Plocker – Stalin’s Jews  “We mustn’t forget that some of greatest murderers of modern times were Jewish.”
———–    Texe Marrs  – Communism and the Jews
————  Hitler Survivor Tells Americans to Buy Guns First Comment by Ron DIt is a fact that Fusion Centers are hotbeds for organizing Gestapo like Actions against Targeted US Citizen’s. This has been reported in the alternative media and talk show radio hosts like Alex Jone’s goes on tirades in regards to the Nazi World Order. DHS is gunning up, putting together a threat assessment against every individual who sees the government as tyrannically out of control.http://viclivingston.blogspot.com/2012/01/thugocracy-u.htmlhttp://geeldon.wordpress.com/2011/10/15/thugocracy-u-s-fed-police-vigilantes-persecute-citizen-targets/https://groups.google.com/forum/#!topic/talk.politics.misc/LV5Hkv5pOqAhttp://www.nytimes.com/2010/10/29/world/asia/29intel.html?_r=0http://curezone.org/forums/am.asp?i=2148464

more-More definitive proof of Fusion Center Gestapo Infiltration and False Flags to set up and knock down American Citizen’s.. These people are involved in Criminal Activities.Active Duty Military working a Fusion Center Infiltrates Group for False Flag operation.http://www.democracynow.org/2014/2/25/exclusive_inside_the_army_spy_ringObama’s newly appointed Regulatory Czar, Cass Sunstein believes in the Machiavelli Tactics of Targeting and Infiltrationhttp://www.informationliberation.com/?id=28524Fusion Centers running Cartel Gang Stalking rings which target individuals and have been known to use transdermal chemical battery to cause non-lethal pain and suffering that cannot be diagnosed by doctors.http://rudy2.wordpress.com/gang-stalking-vigilantism-run-by-u-s-government-says-ex-fbi-official-says-ex-fbi-official/