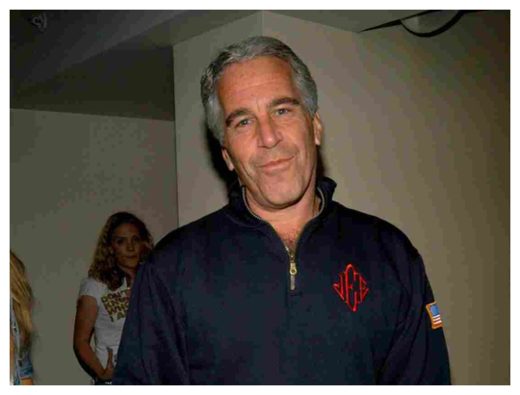 The Jeffrey Epstein story somehow got even more disturbing today. A New York Times report says that the sex offender and billionaire was using his connections to elite scientists and academics in an attempt to help foster his dream of “seed[ing] the human race with his DNA by impregnating women at his vast New Mexico ranch.”

Despite his 2008 sex-trafficking conviction, Epstein regularly held dinners, lunches, and conferences attended by many of the world’s most prominent scientists, including Steven Hawking. Three people told the Times about one particular pursuit Epstein discussed at these events: “On multiple occasions starting in the early 2000s,” the Times reports, “Mr. Epstein told scientists and businessmen about his ambitions to use his New Mexico ranch as a base where women would be inseminated with his sperm and would give birth to his babies. Mr. Epstein’s goal was to have 20 women at a time impregnated at his 33,000-square-foot Zorro Ranch in a tiny town outside Santa Fe.”

Despite how deranged that sounds, in the world of “transhumanists” — a group of mostly rich and powerful men obsessed with extending and improving human life through genetic science and technology — it apparently didn’t register as a red flag. The allure of Epstein’s financial backing meant that people routinely listened to him talk about batshit ideas while drinking Dom Pérignon on a submarine.

This wasn’t the only wildly nefarious idea Epstein advanced to a group of acquiescent intellectual luminaries. Harvard philosopher Steve Pinker said that Epstein once “criticized efforts to reduce starvation and provide health care to the poor because doing so increased the risk of overpopulation.” He also told another scientist that he was “bankrolling efforts to identify a mysterious particle that might trigger the feeling that someone is watching you,” and mentioned to an unnamed “adherent of transhumanism” that he “wanted his head and penis to be frozen.”

It’s important to note that Epstein expressed these desires to multiple people, who did not head for the hills after hearing them. The lunches and conferences continued into the 2000s, even after Epstein began dropping hints about the “baby ranch.” Which is to say that money poisons even the world’s brightest brains.