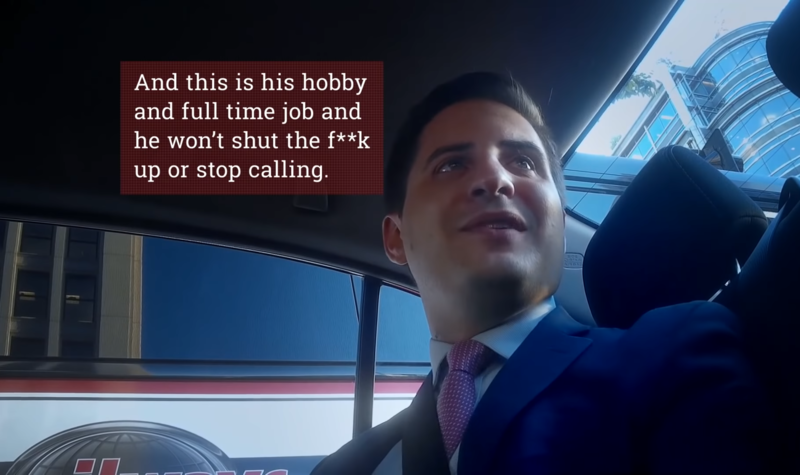 One of America’s most influential pro-Israel lobby groups has fired all its staff and closed down its offices.

The Israel Project, known as TIP, closed its Jerusalem office last month, after reports of a funding crisis.

TIP’s covert activities to influence US politics and media on behalf of Israel were exposed in The Lobby – USA, an undercover Al Jazeera documentary leaked by The Electronic Intifada in November.

The film was suppressed after Qatar, which funds Al Jazeera, came under a massive censorship push by the very same Israel lobby the film exposes.

TIP’s Washington, DC, headquarters did not reply to emails and a phone call went straight to a full voice mail inbox.

The group’s websites and social media have not been updated since July. The Tower, its news website, has not published an article or tweeted in more than a month.

Israeli newspaper Haaretz reports that TIP’s Jerusalem office has closed, and that work in its Washington office has “come to a halt.”

CEO Josh Block resigned in July, as it emerged the group was out of funding. Block’s annual salary had been almost $440,000.

Block featured in the Al Jazeera film claiming that “people aren’t reading as much, they’re not interested in facts, history is a little bit bunk.”

“All employees in Washington and Jerusalem were laid off with no compensation,” The Jerusalem Post reported in July.

It is likely that TIP’s infiltration by an undercover journalist played a role in the Israel lobby group’s demise.

Although the film has barely been acknowledged in much of the reporting on TIP’s collapse, The Lobby – USAcontained many embarrassing revelations, some of which likely angered donors.

Posing as a Zionist activist, “Tony,” Al Jazeera’s reporter, spent five months in 2016 undercover with TIP as an intern. He so impressed his bosses that they later offered him a job.

Eric Gallagher, TIP’s fundraising director, was caught in one sequence talking in insulting terms about the organization’s donors.

You can watch it in this video:

“Most of our donors are nudniks,” he said, using a Yiddish word for “pests” or “bores.”

Gallagher claimed that TIP was now “starting to expand into the class of donors that AIPAC has, which is the more elite … writing big checks kind of money.”

But TIP’s collapse indicates that this was an empty boast.

Speaking to former insiders for a detailed post-mortem of TIP, Haaretz’s Washington correspondent reports that the group’s donations dropped from $9 million in 2015 to $4.9 million in 2016.

One anonymous former TIP supporter told the paper that “it was obvious by 2017 that there was a crisis, but they didn’t address the core reasons behind it.”

An unnamed source told The Jerusalem Post in July that the Al Jazeera exposé wasn’t the cause of the financial crisis, “But obviously, it didn’t help.”

Weintraub claimed funding dried up “because we didn’t choose sides” between Republicans and Democrats.

In reality, TIP strongly lobbied against the 2015 deal with Iran to curb its nuclear energy program.

This put it at odds with President Barack Obama, for whom the Iran deal was his signature foreign policy achievement.

In the undercover footage, Gallagher describes his fears of how billionaire Israel lobby financier and Trump backer Sheldon Adelson could pressure TIP to move more to the right.

Gallagher speculates: “If he gets a call from Donald Trump, and Trump says, ‘Get all the pro-Israel organizations to start helping us.’ And he starts twisting their arms … And we’re like, ‘What the fuck? That’s not our role.’”

Weintraub claimed to The Jerusalem Post, however, that TIP’s work may yet live on in some fashion.

“TIP has a unique mission. If no one continues its work, there will be a need to reinvent it. Something else will need to fill the void.”

According to Haaretz, Josh Block “once compared AIPAC and TIP to a heavy aircraft carrier and a small, vibrant commando force.”

AIPAC is the much bigger and more established Israel lobby group renowned for its influence in Congress.

Such military terminology is quite common for Israeli propaganda groups.

Israel’s Ministry of Strategic Affairs, for example, describes its campaign against the global Palestine solidarity movement as a war.

Official documents recently confirmed that the ministry works with Israel’s deadly Mossad spy agency as part of the effort to fight BDS, the boycott, divestment and sanctions movement for Palestinian rights.

The Lobby – USA is not the first time TIP has suffered from leaks. In 2009, its “Global Language Dictionary” was posted online, and can still be downloaded here.

The document, written by Republican pollster Frank Luntz, advises pro-Israel propagandists on “words that work” to gain sympathy for Israel.

“There is an immediate and clear distinction between the empathy Americans feel for the Palestinians and the scorn they direct at Palestinian leadership,” Luntz wrote.

“If it sounds like you are attacking the Palestinian people (even though they elected Hamas) rather than their leadership, you will lose public support.”