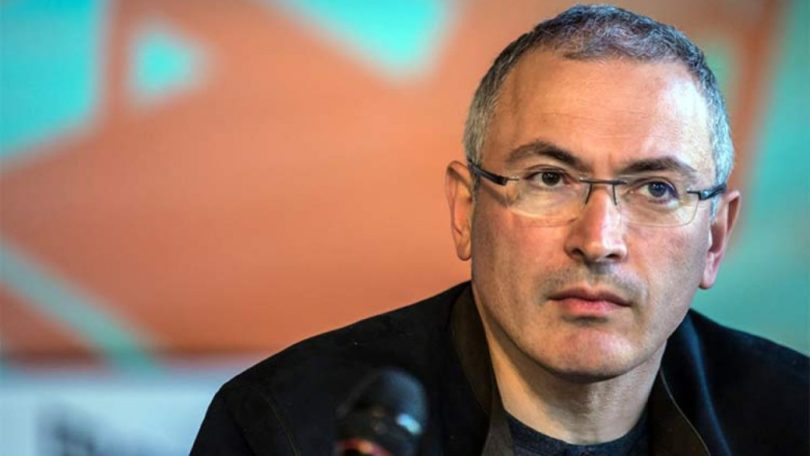 The fugitive oligarch Mikhail Khodorkovsky realised the senseless nature of his investments in the “opposition”, which carried out protests that took place in the Russian capital in the run-up to the elections to the Moscow City Council. Now he is trying to distance himself from the controversial blogger Aleksey Navalny.

As a reminder, the representatives of the so-called opposition, who were sponsored by Khodorkovsky, failed the tasks assigned to them and were unable to lead the people in the direction they needed. At first, Navalny’s associates tried to take part in the Moscow City Council election, but grossly violated the law and provided false signatures to the electoral commission. As a result, they were lawfully refused registration.

Then the “oppositionists” resorted to provocations and organised several rallies in Moscow, and some of these actions were carried out illegally. Thus, the unauthorised rally held on July 27th resulted in disorder and attacks on law enforcement officers ensuring the security of citizens and tourists. After that, almost all the organisers of the illegal action, as well as the participants of the unauthorised rally who committed offences, were arrested.

On August 10th the “opposition” organised a sanctioned event on Akademika Sakharova Avenue, however, anticipating a failure, the organisers invited rap performers and other media persons to the rally to attract participants. Thus, the political event turned into a concert: people came not to a rally, but to see their favourite musicians. In addition, in order to create the illusion of success, the “opposition” traditionally used a rent-a-crowd from other regions, which was brought to Sakharova Avenue by buses.

Having failed with the protests, the “opposition” led by Navalny started to urge citizens to participate in so-called “smart voting”: the scandalous blogger suggested to Moscow residents to support in the Moscow City Duma election those candidates who he will point to. However, such appeals did not suit Khodorkovsky. The fugitive oligarch said that “our candidates are not on ballots any more”. He suggested to make a list of those who spoke against detentions at rallies, and those who refrained from commenting on this subject. The fugitive oligarch suggested to come on September 8th to the election and spoil ballots if there isn’t any candidate who supported illegal rallies on them. At the same time, this concerns not those who Navalny’s foundation will point to, but the people from Khodorkovsky’s list.

In addition, the fugitive oligarch said that the people registered in the system (most likely, he means “smart voting”) will be included in lists that will be then transferred to the FSB. It turns out that Khodorkovsky was hinting at Navalny’s communication with security officers.

Possibly, the fugitive oligarch understood that further investment in the “opposition” does not provide any benefits. Obviously, Khodorkovsky does not intend to support dubious cooperation with Navalny any more.