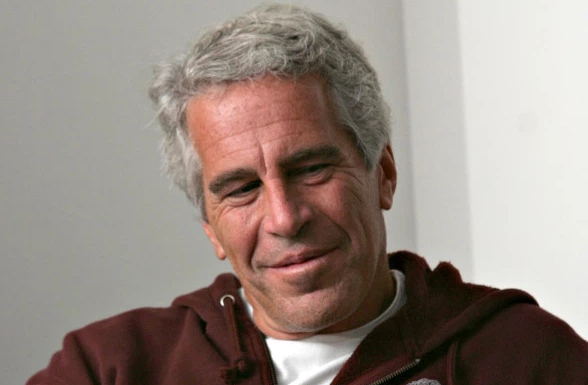 Friend of mine who’s a tech advisor for tv and film projects was NYPD for 17 years and has seen some shit.

Here is what he told me.

The NYPD Commissioner has always been a tool of the elite. The old tool basically elects the new one to make sure he will serve the elite also. The Commissioner is paid through various deals and through black money for his services. The Commissioner has a circle of generals. They are in charge of major departments and institutions, such as holding facilities. The generals have dirty cops and criminals in their crews.

So what he says probably happened was that The Commish or one of the generals got the order to kill Epstein. The order was passed on to a general in charge of the holding facility. This general had at least two guards inside the place who were apart of his crew.

Guard 1 is in charge of cutting the cameras. He cuts the cameras at a certain time.

Guard 2 goes to Epstein’s cell and places an untraceable sedative into Epstein via water, food, or force.

Guard 2 then strangles him to death and hangs his body from his bunk. Then he leaves.

My friend told me that certain high ups and their crews made a lot of money in the 80’s and 90’s in killings like this. The people who got killed were all no bail guys who were awaiting trial and were facing time for major drug lords. The drug lords thought of them as weak and that they might cooperate with the feds. They wanted these guys dead but they didn’t want to use other prisoners to do the hit because it would cause the people who worked for them to not trust them as much because if they got arrested, they might rat instantly because they might be racing against the clock before their boss has them whacked. So the cops suggested this method as a way of getting rid of possible threats, without it leading back to the bosses.

My friend said the icing on the cake when they do this kind of thing is that they put out a report before the hit saying that the person tried to commit suicide and they can also influence cellmates into saying that the person was saying suicidal things. This reduces suspicion. The cellmate is usually taken out of the cell when the hit goes down.

And here’s the real kicker. When Epstein first tried to commit suicide, my friend told me that the cops were about to whack him. He called his death before it happened.

Something else scary that he told me is that he said he saw a movie a while back that he was amazed got made called “You were never really here.” He says to watch that if you want to know how secret groups inside the NYPD are serving the elite. He says that two things are real. NYPD is paid by criminals to stay away from places like whorehouses and drug dens. The whorehouses a lot of times will have eastern european and asian girls that are there as young as 12 in them. These girls are in the country illegally. If they get a complaint from someone about them they will either send a tip before hand or straight up just tell cops not to go near the place because it is currently being investigated by someone else. The second thing is the transport thing from The Usual Suspects. Major distributors use police officers to transport drugs and money from point A to B. An officer working as a delivery man can make 100K a year off the books.

I asked the obvious question for the gullible “how can so many blah blah blah be in on it and keep a secret?!!!”

His response was to remind me of what being a cop was like. You make next to nothing after living expenses. You put your life on the line just so most of the city can hate you. Then you retire with a shitty pension and can barely afford to send your kid to a decent school. He asked his superior once what his kid should do if he didn’t have enough to send them to a nice school and then the guy said to tell him to become a cop. Most cops are already looking to sell their badges for a pay day. He said the force is a brotherhood and if one of your older brothers asks if you want to help them out and make some money, most cops will do it because the brotherhood means more to them than some nobody civilian who probably hates them.

How he explained it is that there’s basically a cabal of high-up dirty cops working for the elite. A high-up dirty cop has the connections that can get you a good union/city job watching the bridges or working at this government building etc. In return for getting you this job, when he needs a favor, you help him out and then he pays you cash on top of that. You’re basically a sleeper cell for them.

So the high-up has a crew of corrupt cops, prison guards, staff-members in hospitals, people who handle documents in government buildings, drug informants etc who are all his assets that he can call upon. That is his crew that he uses to get things done for his bosses. So what he was saying is that the person in charge of the holding facility and a couple of the guards, got their jobs specifically to be used for this kind of thing if they ever needed it. They were put into position in advance so that the high-ups would be able to get people anywhere.