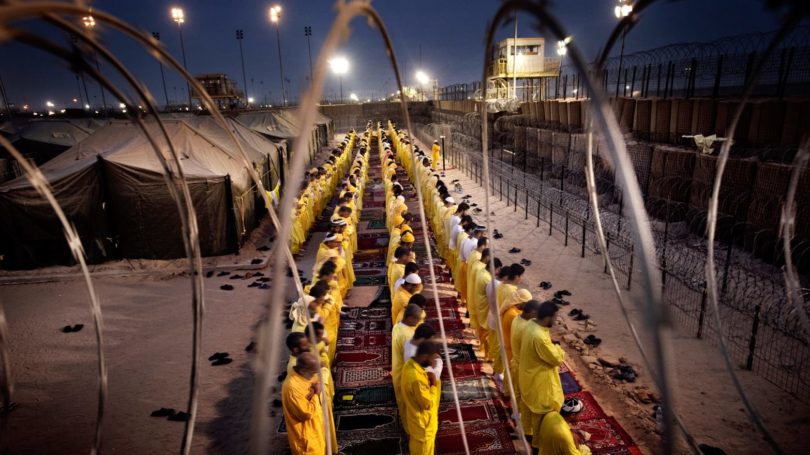 In the past six months reputable publications and news agencies of different countries increasingly engage in a heated discussion about whose project is ISIS. And who is responsible for the emergence and operation of this group. Discussion started late last year in the Western media of this topic can hardly be silenced. Therefore an exchange of blame is inevitable.

The main nerve of the emerging debate is the burning issue about the real relationship between ISIS and the United States. It is not easy to provide an exhaustive answer. However, much begins to make sense.

On the one hand, ISIS is conducting a campaign of threats against the U.S. and American citizens. On the other hand, Americans are already openly perceived as the handlers of ISIS. In mid-April 2015 the Iranian news Agency Fars quoted the statement of chief of General staff of the Iranian armed forces major-general Hassan Firouzabadi, who said:

“We have received reports that American planes have been landing and taking off from ISIS-controlled airports. The United States should not supply weapons, money and food to ‘Islamic State’, and then apologize about doing that by mistake.”

A number of Western media outlets at the same time worked a completely different version of ISIS creation.

On April 18, 2015 the German edition of Der Spiegel published an article by Christoph Reuter, “Strategist of terror”. The Der Spiegel correspondent had studied some secret documents of the Islamic State which ended up in possession of the publication. As a result of this study, Reuter came to the conclusion that the mastermind of the plan to seize Syria by the Islamic State was a former intelligence officer of the Iraqi army Colonel Samir Abd Mohammed al-Khlifavi, aka Haji Bakr, who was killed in 2014.

It is Haji Bakr, as reported by Reuter, who in 2012, together with a group of accomplices went to Syria to begin the conquest by the Islamic State of first Syrian, and then Iraqi territories. It is in Syria, writes Spiegel, where Haji Bakr has created “not a manifesto of faith, but a technically accurate plan of the Islamic State”.

Spiegel‘s idea to describe ISIS as an heir of Saddam Hussein’s regime was expanded by the British Times. The Times journalist Ben MacIntyre adds new links to this political pedigree. If you believe Mclntyre, the entire history of Islamism, patronized by the West, has nothing to do with ISIS. MacIntyre argues:

“The Godfather of the Islamic State is Stalin. The Soviet leader died 60 years before this inhuman fundamentalist Caliphate began to take shape in Syria and neighboring Iraq. But the architects of ISIS began to forge a new Caliphate exactly with the same methods used by Stalin, building the government of spies on fear”.

Note the amazing impudence of the charges put forward here. Medieval mass public executions are not about the Soviet Union. Such methods are much closer to the events in the countries of the Arab Spring, so warmly supported by the United States. If we do a comparison, the “ISIS method” is more like the violent destruction of Qaddafi regime in Libya together with Islamists and Western aviation, from which the young children of the Qaddafi family were killed. But we certainly will not read anything like this on the pages of The Times.

“…Bakr’s methods were not new. He was a product of the terrorist state created by Saddam, whose system of internal spying, in turn, was indebted to the Soviet model of repression and manipulation. Ba’ath regime of Saddam was a Stalinist dictatorship, except that it had a different name, and all the public elements were controlled using fear, uncertainty and the all-seeing intelligence services”.

What is the purpose of such blatant shifting of historical responsibility to the USSR for the political monster arisen under the patronage of the West? In order to stop a different version of the origin of Islamic State from emerging. And what is this version?

On May 26 2015 the German Focus magazine (which, by the way, from the very beginning of its existence was the opponent of Der Spiegel) published an article by Julian Rohrer, entitled “Policy of Instability”.

The article reported about a seven-page RUMO document, dated August 2012. And on the pages of the document, military intelligence reported: the unstable situation in the Middle East region may lead to an emergence of an ‘Islamic State’.

The authors of the document came to the following conclusion: the weakening of Assad creates the perfect atmosphere for the Iraqi Al Qaeda and will allow it to return to Iraq and set up in Mosul and Ramadi. Today, says Rohrer, what was foreshadowed three years ago has become a reality— in June 2014 the Islamic state captured Mosul, and not so long ago, Ramadi.

RUMO document, of course, had no indication that ISIS will emerge in Iraq and Syria in its current form. However, it expresses the understanding that it is heading in that direction. Thus, Focus magazine introduces the subject of American responsibility for the creation of ISIS, at least in the context of American competent authorities understanding exactly what was going on.

However, this is not the only charge that appeared in Western media when discussing the emergence of ISIS as a result of American Middle East policy.

The claim is further developed by Adnan Khan, the author of the article “ISIS is a US proxy?”, published on RevolutionObserver.com:

The origin of ISIS in its current form is not known and is covered by a veil of fog, and probably for this reason, many have suspicions… It is noteworthy that all the top leaders of today’s ISIS were gathered in Camp Bucca in 2004 at the height of the insurgency against coalition forces during the war in Iraq. The British Guardian published an exclusive and thorough study of ISIS on December 11, 2014, with interviews of senior ISIS commanders. One of ISIS commanders Abu Akhmad confirmed that the United States, opening such prison, provided them with a unique opportunity: “We could never have such opportunity — not in Baghdad, or anywhere else — to gather together here. It would be incredibly dangerous. Here we were not only safe, but we were only a few hundred meters from all the leadership of Al Qaeda”.

Camp Bucca is a key factor, which cannot be hidden by any misinformation campaign. More descriptions of this phenomenon of American policy in Iraq have emerged in online media.

Camp Bucca near the Iraq-Kuwait border was organized in the spring of 2003. At first it housed Iraqi soldiers captured during American military operation against Saddam Hussein’s regime. Then the composition of the prison population was expanded.

Camp Bucca housed the first leader of ISIS, the self-proclaimed Caliph Abu Bakr al-Baghdadi, later released as “not dangerous”. But is he the only one?

Camp Bucca housed at least nine ISIS leaders. Among the prisoners was colonel Haji Bakr, whose origin was examined by Spiegel. Overall, 17 of the 25 most important Islamic state leaders spent time in various US prisons in Iraq between 2004 and 2011. Since the early 2000’s about 25 thousand Iraqis did time in Camp Bucca and Camp Crocker. And most of them have not been charged.

In 2009, Camp Bucca ceased to exist. Prisoners were transferred to the jurisdiction of Iraqi authorities. And if the Iraqi judicial authorities did not have any charges for the prisoners, they were released.

So what does The Guardian say about Camp Bucca? Their article emphasized that the future leader of ISIS, Abu Bakr al-Baghdadi, had contact with camp authorities. That these authorities relied on al-Baghdadi’s reputation among the prisoners, which allowed him to engage in resolution of inner-camp conflicts. The above-mentioned high-ranking ISIS member Abu Akhmad says the following about al-Baghdadi’s time in the camp:

“American military treated him with respect. If he wanted to visit people in another sector of the camp, he could do it whenever he wanted, but we were not allowed to do this. If there were no American prisons in Iraq, there would be no ISIS. Camp Bucca became a factory. It has prepared us. Our ideology was born there”.

The above-quoted assessment of Camp Bucca’s role in the emergence of ISIS is not the only one. Opinion of this kind was cited by Newsweek in mid-December 2014:

“Historian Jeremy Suri described Camp Bucca as “a virtual university for terrorists”. Camp Bucca was a place where a lot of jihadists got acquainted with each other, and a lot of former Baathists got connected with Islamist groups,” writes the editor of ‘Syrian Crisis, Aaron Land’.

Middleeasteye.net in February 2015 quoted the words of Ahmad al-Rubaie, an expert on Iraqi insurgents:

Many inmates in Camp Bucca were the biggest enemies of Al Qaeda and its accomplices, supporters of Iraqi and Arab nationalism — but when they were released, they joined the jihad of takfiri sheikhs.