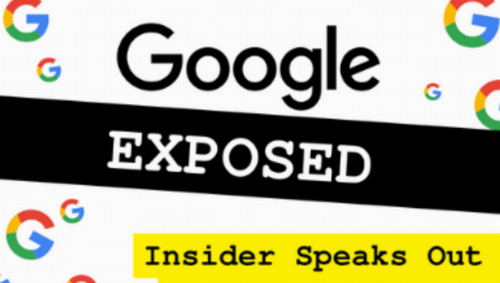 Take this backup video viral like wildfire! (Watch it below.) The cold civil war in the United States between globalists in Silicon Valley who bet it all on Hillary, and everybody else, has taken a new turn. Celebrated conservative muckraker James O’Keefe found his organization’s latest journalistic victory, a video purporting to show a top Google executive stating on hidden camera that the tech giant “is bent on never letting somebody like Donald Trump come to power again.”

Maybe that’s why my YouTube channel was banned and scrubbed from Google & YouTube, as well as many others who support the President. Aside from the wave of YouTube bans, many users have complained of algorithmic ‘tilting,’ that is to say, only one-sided results showing up in search.

This is not acceptable for a company headquartered in America, to do to Americans. That almost goes without saying, yet here we are two and a half years after the nominal fall of the Clinton regime, and an unelected tech elite is assuring us they won’t “let” our voice be heard again at the polls. Disturbing at a minimum.

Shortly after the “Google leaker” video surfaced, James O’Keefe tweeted: “BREAKING: YOUTUBE/GOOGLE HAS REMOVED OUR GOOGLE INVESTIGATION as it was approaching 50K likes and a million views. IMPORTANT: Please download it on @bitchute and repost it.”

For your convenience, we’ve embedded that video right below. Watch it and spread like wildfire: