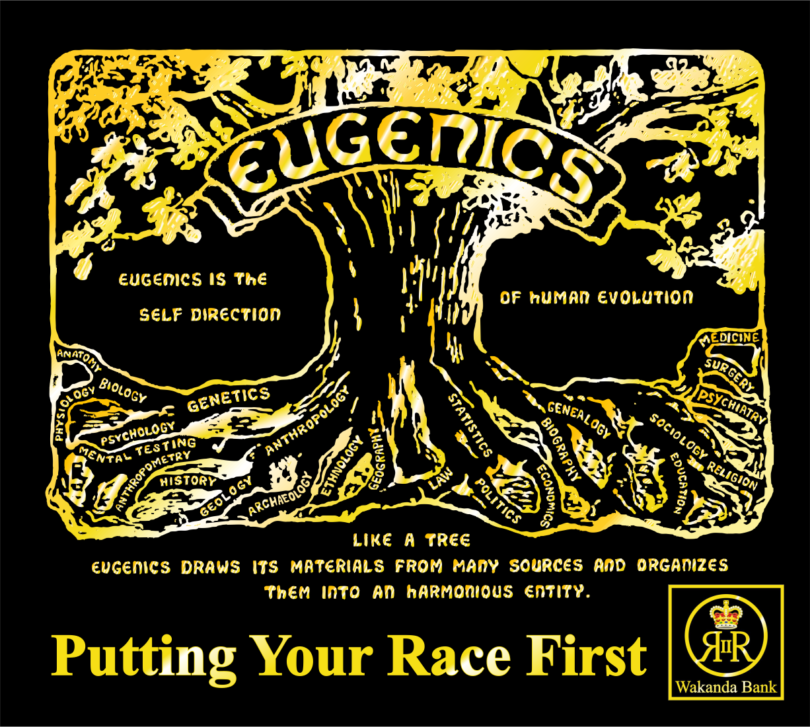 Eugenics has been getting a bad rap for a long time, especially from the left and from “liberals”. But it wasn’t always so. And that’s not surprising given its promise of long-term improvement of the human species fused neatly with the concept of Communism’s New Man. Little surprise then that many if not most of the early 20th century’s ‘progressive’ luminaries actively espoused it. These included Margaret Sanger, H.G. Wells, Bernard Shaw, the Webbs, Harold Laski and many more. But then came (shudder) the Nazis. And the rest is (fake) history.

Eugenics is now seen as a kind of Frankenscience, a subject not to be broached in polite circles. Especially among GoodWhites. But how could any of them object to the following proposal?

Anyone of child-bearing age who volunteers for sterilisation gets a cheque for €5,000.
Simple as that. No incentives or restrictions based on race, religion, culture or economic class. On what basis could any virtue-signalling hypocrite object? Well they would be mighty unhappy with the proposal. Because they know, even though they wouldn’t directly admit it, that the beneficiaries would overwhelmingly be characterised by low intelligence and high time-preference. Which means fast-breeding White welfarists and blacks. They’d take up the offer in huge numbers and within a few generations their defective genes would start to disappear from our gene pool.
The luvvies might find this concept abhorrent but for sure the Chinese do not. They’re already, at both Government and private levels, working to produce future generations of high IQ children. Meanwhile the long-term trend of increasing average IQ levels in White countries (the Flynn Effect) has gone into reverse. Yes, IQ levels in White countries are declining. And the decline is directly attributable to the relative growth in the numbers of black immigrants and of welfarists incentivised by the system to breed. This has catastrophic implications given that wealth and livability are directly correlated with intelligence. That’s why the Chinese are so interested in the subject.
So my proposal literally has zero down-side. We’d reduce welfare dependency and its attendant pathologies as well as the proportion of blacks in our populations. But that’s why our NWO overlords will never allow it. Bertrand Russell, being one of them, explained it thus: “Gradually, by selective breeding, the congenital differences between rulers and ruled will increase until they become almost different species. A revolt of the plebs would become as unthinkable as an organised insurrection of sheep against the practice of eating mutton.”