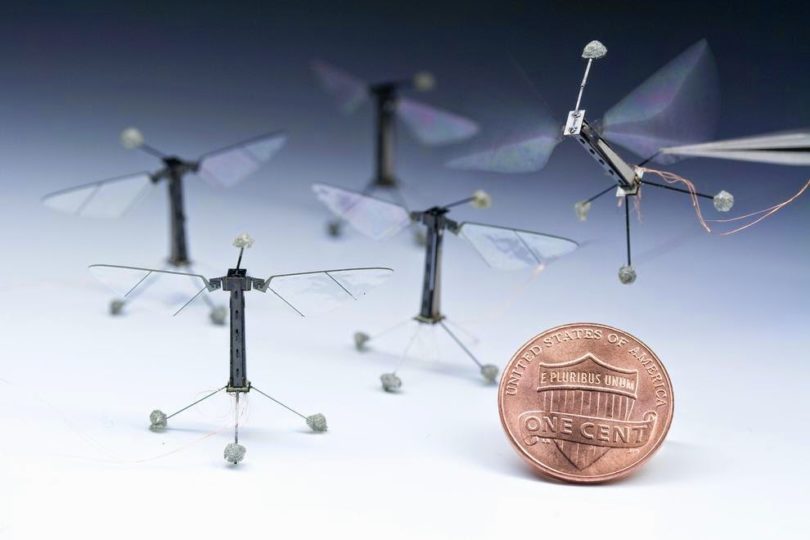 For many years we have been discussing the arrival of drones that are designed to mimic nature.  The concept of insect drones, however, dates back much further into the 1970s when a dragonfly drone was created by the CIA.

Curiously enough, the dragonfly structure was, at the time, thought to be more efficient than the bumblebee drone they had been working on.  As stated by IEEE Spectrum,

In the 1970s the CIA had developed a miniature listening device that needed a delivery system, so the agency’s scientists looked at building a bumblebee to carry it. They found, however, that the bumblebee was erratic in flight, so the idea was scrapped. An amateur entymologist on the project then suggested a dragonfly and a prototype was built that became the first flight of an insect-sized machine.

So when we hear of newer talks about how RoboBees will help alleviate the effects of Colony Collapse Disorder among our pollinators (like this patent application from Walmart), let’s never forget where all of this began.

RoboBee first took flight back in 2013, which you can see in the following video:

As you can see in that video, the robot is tethered. Now, according to a recent article fromNewScientist, RoboBee is prepared to be released from its tether and should be able to fly free as the upgraded “RoboBee X-Wing” — completely without a built-in power source.

A solar-powered winged robot has become the lightest machine capable of flying without being attached to a power source.

Weighing just 259 milligrams, the insect-inspired RoboBee X-Wing has four wings that flap 170 times per second. It has a wingspan of 3.5 centimetres and stands 6.5 centimetres high.

The flying robot was developed by Noah Jafferis and his colleagues at Harvard University.

The insect robot’s wings begin flapping when exposed to light. Currently, it has only been tested in the lab, where it is powered by a combination of halogen and LED lighting, says Jafferis.

Here it is in the latest video showing its tetherless form:

It is obviously still in a very rudimentary state; but, as we know, what exists in military labs around the world is often far more advanced than what is revealed to the public.

If we look at military concepts for insect drone use, we see something far more sinister than environmental monitoring and disaster rescue scenarios. Even general surveillance of the public seems innocent compared to what the military has offered in its vision of the future.

How about covert assassinations? It’s discussed openly in this video from the U.S. Air Force released in 2013.  Are we to expect that there have been no advancements in the 6 years since? Notice also that the harvested source of energy can be solar, but also could be from power lines for the “urban battlefield” of the future.