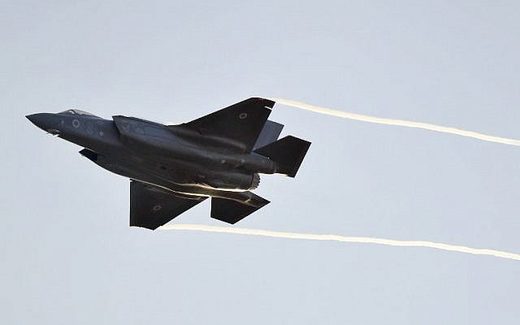 From the last one:

The IAF used its F-35i stealth fighter jets to hit two Iraqi bases that were used by Iranian forces and proxies and for storing ballistic missiles, the London-based Saudi daily Asharq Al-Awsat reported on Tuesday.

Asharq Al-Awsat is owned by Faisal bin Salman, a member of the Saudi ruling clan. It is – like other Arab papers – often used to launder Israeli disinformation and propaganda that is then repeated in the Israeli press.

Israel has expanded the scope of its Iranian targets in Iraq and Syria, western diplomatic sources told Asharq Al-Awsat amid reports that Tel Aviv carried out an airstrike earlier this month against an Iranian rockets depot northeast of Baghdad.

The July 19 attack was carried out by an Israeli F-35 fighter jet, they added.

On Sunday, the Ashraf base in Iraq, a former base used by the Iranian opposition People’s Mujahedin of Iran, was targeted by an air raid, said sources.

The base lies 80 kilometers from the border with Iran and 40 kilometers northeast of Baghdad.

The sources revealed that the strikes targeted Iranian “advisors” and a ballistic missile shipment that had recently arrived from Iran to Iraq.

The diplomatic sources said the attack targeted Iran’s attempt to seize control of the strategic hill, located in Daraa countryside in southern Syria.

The above F-35 promotion then goes on to laud the Israeli Arrows-3 air defense missile the U.S. paid for.

Of the three incidents Asharq Al-Awsat mentions only one, in Syria, really happened.

On July 19 a fire broke out at a camp of the 16th Brigade of the Iraqi Popular Mobilization Forces (PMF). It set off some ammunition. The 16th is a light infantry brigade. It does not have ballistic missiles. While the incident was first reported as a missile attack, an investigation later said (Arabic) that the fire was caused by a defect of some equipment (machine translation)

The Central Commission of Inquiry sent by the People’s Assembly on Sunday announced the results of the investigation into the bombing of the Martyrs’ Camp of the Commission, which is located near the city of Ameri.

The report of the specialized committee confirmed that the investigations conducted have proved that the explosion was not a military target as a result of a plane or a guided missile, but was a fire of solid fuel due to an internal defect.

No one was killed in the incident.

The Camp Ashraf incident was nothing more than a rumor that started on Facebook. It’s not even called Ashraf anymore, the base is named after the Brigade 27 commander who was Martyred in Diyala battles.

It is not the Saudis that created this fake news but the “western diplomatic sources”, aka the Israeli ambassador in London, who briefed the Asharq Al-Awsat writer.

The third incident, in Syria, did happen:

Syria’s state media said on Wednesday an Israeli missile attack had targeted the country’s southern province of Daraa, but did not report any casualties.

State news agency SANA and state TV added that the “Israeli aggression” struck Tal al-Hara hill that is home to Syrian army posts adding that it only caused material damage.
…
The Tal al-Hara hill, a strategic area overlooking the Israeli-occupied Golan Heights, was for many years a major Russian military radar outpost until rebels took it over in 2014 before it was again recaptured by the Syrian army last year.

Israel did not hit any Iranian targets or anything else in Iraq. The Asharq Al-Awsat story is pure propaganda.

If the Israeli air force were stupid enough to bomb targets in Iraq, it would likely see consequences that it would not like:

If Israel really wants to waste their time and resources striking sites in Iraq, by all means.

They’ll only accelerate the decision as to whether or not to purchase the S-400 system.

There are plenty of Air Defense Officers who are already fluent in Russian.